International Aid Organizations Start Using Blockchain in Droves, But There Are Downsides

Alex Dovbnya
Aid groups are dipping toes in Blockchain. While the technology is considered to a boon for the humanitarian sphere, it still raises concerns connected trust and privacy 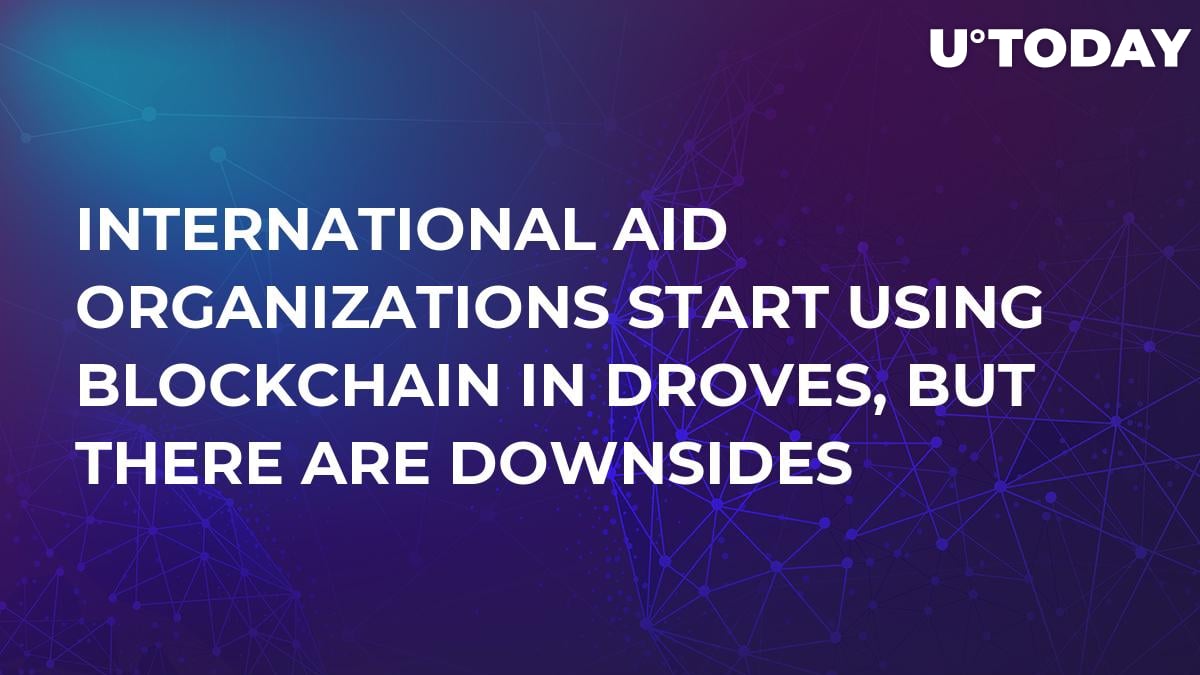 According to the Washington Post, aid groups are dipping their toes in Blockchain en masse. While the technology is considered to a boon for the humanitarian sphere, it still raises some concerns connected trust and privacy.

A major trend in the humanitarian industry

UNICEF, the Red Cross, the World Banks — plenty of international organizations are already embracing the Blockchain technology. Moreover, it can even restore the identity of stateless Rohingyan refugees.

As U.Today reported earlier, the UN World Food Programme has successfully replaced food coupons or electronic cards with its new food tracking system that is powered by Blockchain. In one of Jordanian refugee camps, the nascent technology has been already implemented — a shopkeeper simply has to scan an iris in order to secure a day’s ration for a certain individual, knowing how much food he has collected.

While substantially increasing the efficiency of aid distribution, it also has the potential to eradicate corruption, which has been plaguing the humanitarian industry for a long time. Former UN Secretary General Ban Ki Moon earlier revealed that a whopping 30 percent of global aid donations (around $40 bln) never actually made it to individuals who were supposed to receive them due to many unnecessary intermediates and rampant corruption. Even smaller charities in the likes of St. Mungo’s are jumping on Blockchain to make sure that the money makes its way to an intended recipient.

On top of that, all the data stored on Blockchain cannot be stolen by hackers since it is distributed among many different computers, so a gargantuan amount of computing power would be needed for compromising the whole system. Yes, there are plenty of hacks in the crypto works, but they are usually conducted through end users.

The other side of the coin

A Tanzania-based project AidTech is also testing Blockchain in order to deliver medicine to those mothers who cannot have an appointment with a local doctor. However, this iris scan system also has it downsides because other individuals won’t be able to receive the aid.

The verification of transactions also may seem demeaning to intended recipients since it restricts the ways that can spend the money, implying that this specific individual cannot be trusted.

Moreover, privacy remains an issue of privacy because all the transactions are available on a public chain. Meanwhile, the UN claims that they will encrypt any sensible information.