Yuri Molchan
A short while ago, the ICON team published a post, saying they will be partaking in DevStamp 2018, the biggest event of the DLT developer community in South Korea 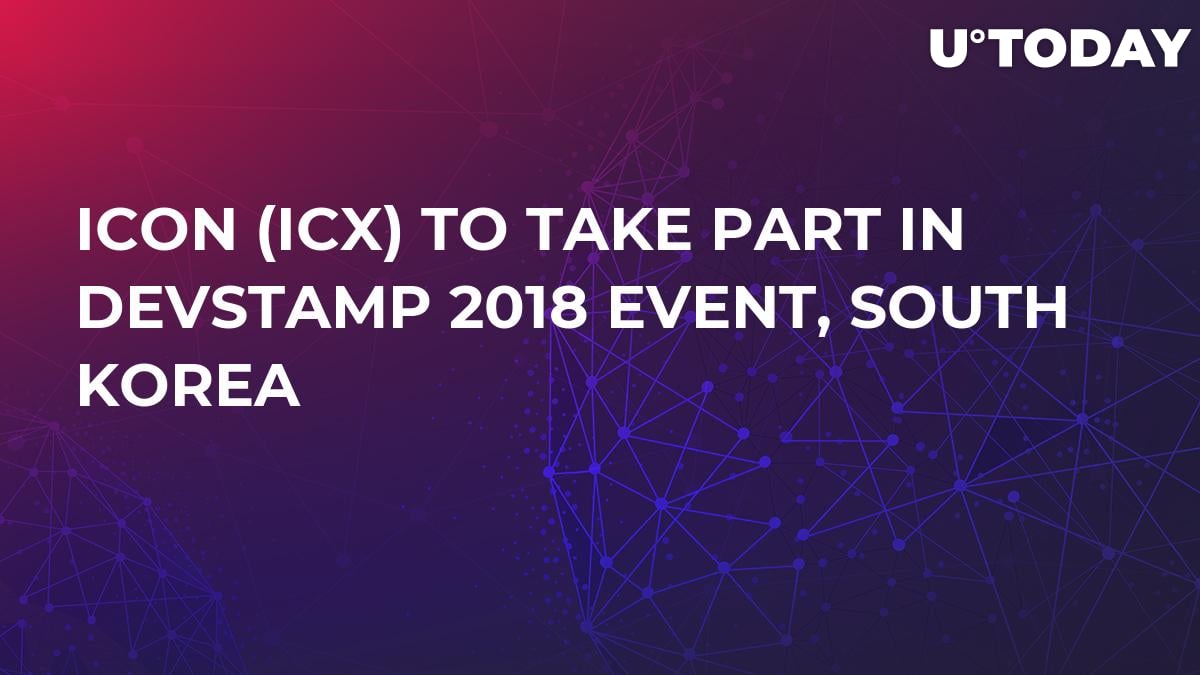 ICON is often referred to as ‘The Korean response to Ethereum’. In China, the same nickname is given to the NEO platform, while in Russia, this is said about Waves.

The DevStamp conference will be conducted in less than a week, on December 18 in Seoul, hosted by the Federation of Science and Technology Societies of Korea. This is where ICON (ICX) will be one of the major attendees.

The whole thing is going to happen thanks to the local DLT communities and technology startups. More than 600 software and blockchain devs intend to be there in order to have a discussion on existing issues that are in the way of the open ledger technology, as well as find solutions that could potentially work in these areas.

The program of the event for ICON

The company’s CTO, Edward Ryu, will present some materials on blockchain and ICON and take part in a panel talk. The presentation will be about the development of the platform in the future. ICON’s partner, Nomad Connection, will also attend.

Ryu will be talking about ICON’s new ecosystem for implementing smart contracts (“SCORE”) and will touch upon the transfer protocol BTP (Blockchain Transmission Protocol). This is a solution developed by the platform for communication between blockchains.

The Nomad Connection reps will teach masterclasses on the use of SCORE within the ICON platform, as well as teach how to make sample codes and use them directly on the TestNet of ICON.

Among the coin’s recent major events was the participation of ICON in a DLT program launched by the government of South Korea. As part of this initiative, the company came up with three major offers for Seoul residents. Those included the ICON blockchain ID-card, ICON blockchain vote and ICON blockchain S-Coin payments.