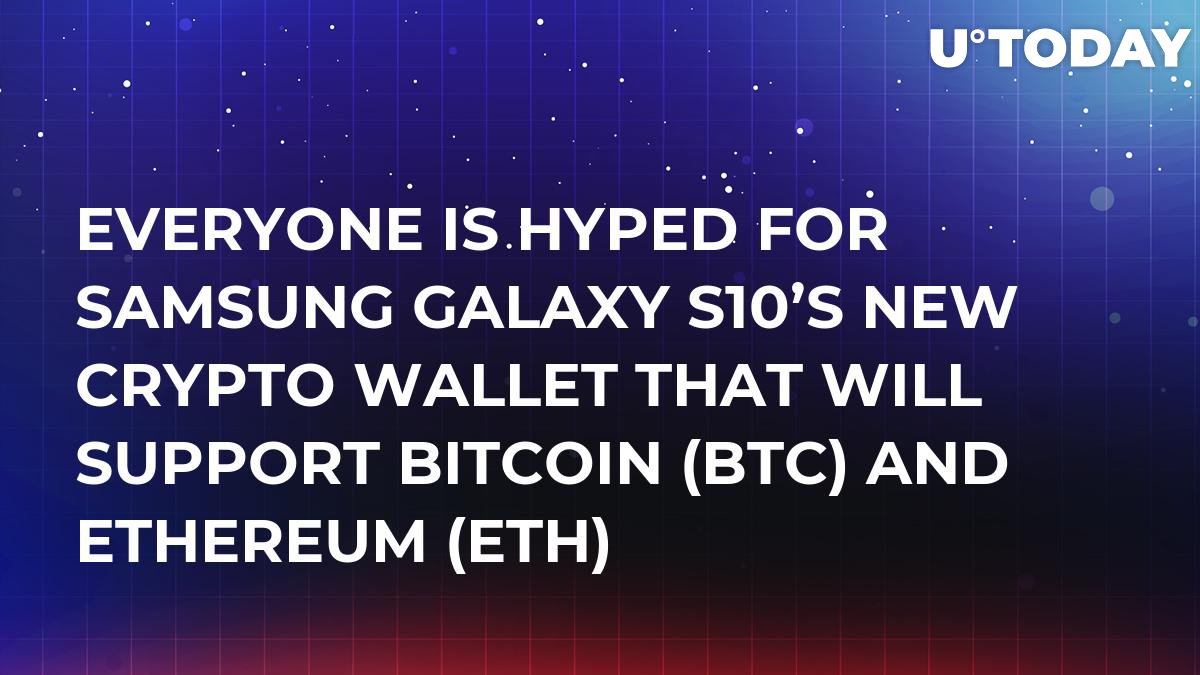 Feb. 20 is the day when the world is finally going to witness Samsung’s new flagship smartphone, the Galaxy S10. As revealed earlier, the much-anticipated smartphone will reportedly feature an in-built cryptocurrency wallet for major coins.

If there was a Guinness World Record for the world’s most leaked smartphone, the Galaxy S10 would probably get one. The new phone started leaking more than six months (!) before its official release. The leaks went on even on the cusp of the Galaxy UNPACKED event that is going to take place on Feb. 20. A Norwegian TV station accidentally revealed the official TV commercial on Dec. 19. Now that’s embarrassing!

U.Today reminds its readers that the photos of Blockchain Keystore, the Galaxy S10’s native crypto wallet, leaked on Jan. 27. The wallet will support such major currencies such as Bitcoin (BTC) and Ethereum (ETH).

Prior to that, HTC, another smartphone giant, rolled out the first Blockchain smartphone, called Exodus.