How Web3 Learns to Stop Worrying and Love Movies 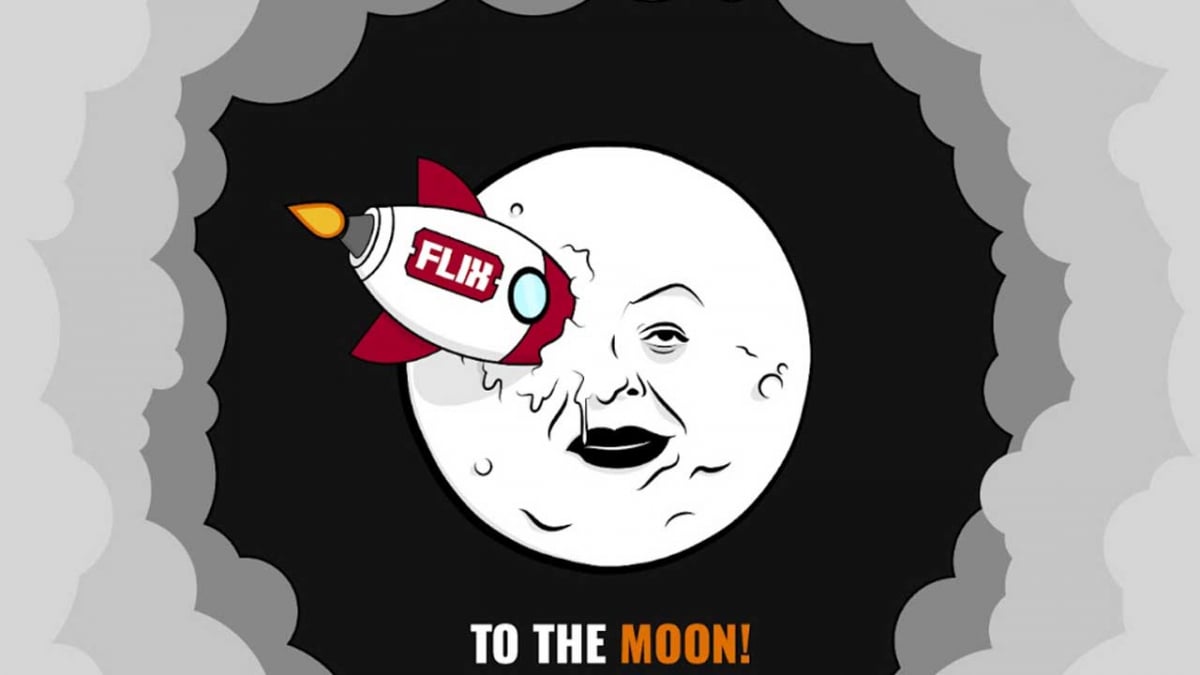 Close your eyes, take a few deep breaths, and think back to a time when a movie blew your mind.

Welcome back. Savor that feeling, and hold onto it.

I was twelve years old, watching a VHS copy of Monty Python and the Holy Grail, sitting cross legged on the carpet. Our 19-inch TV was backlit by the afternoon sun; dust particles wafted around the screen, a glittering halo promising salvation.

The opening image was of thick fog drifting across some kind of moody primeval blue-tinted myth-scape. I heard the sound of an approaching horse…saw its rider crest the ridge in the foreground—a helmeted king, his head held high with the great dignity of righteous purpose. But he was only pantomiming the riding of a horse: his manservant soon appeared behind him…knocking coconuts together. There was no horse, only a very accurate sound effect. The king cried “HALT.” The manservant froze. I lost it.

Monty Python and the Holy Grail made a joke out of the filmic conventions that I had been imbibing my whole young life without noticing. It sunk in for the first time that movies are made by people collaborating together, a conspiracy to trick the audience. The more I learned about Monty Python and other filmmakers, the more I wanted to be a part of this guild of movie magicians, sorcerers of the subversive.

What I never considered until much later was who, exactly, paid for all this magic. While most of the movies I watched were financed by giant, publicly-traded corporations, Monty Python and the Holy Grail was financed by Led Zeppelin, Pink Floyd, and other musicians looking to get a tax write off. Terry Gilliam and Terry Jones had never directed a film before, and the studios refused to fund such an utterly ridiculous movie.

Indeed, going back to the invention of movies, every new era in film storytelling has been founded by renegades breaking from old financial models. From Paranormal Activity stretching back to Reservoir Dogs, from Night of the Living Dead back to The 400 Blows, groundbreaking filmmakers had to reach outside the system for financing.

In the late 19th century, before there were movies as we know them today, the first film directors had to rely on alternative sources for financing, for obvious reasons. George Méliès had always been mesmerized by stage magic and theater acting, going so far as to sell his shares in the family shoemaking business in order to buy a theater of his own. But the Paris audiences of the 1890s were jaded—they’d seen all the tricks before, at every theater around town. Méliès worked tirelessly to invent new ones, eventually coming up with 30 fresh tricks. But by the mid-1890s, he needed something more to keep butts in seats.

When Méliès attended a presentation of the Lumière brothers’ new cinematograph, a motion-picture camera, it blew his mind. He offered to pay 10,000 francs on the spot for one of the machines, but the brothers refused—they didn’t design their new instrument to be used for magic tricks. It was meant to be a tool for scientific inquiry.

Undaunted, Méliès figured out how to build his own motion picture camera. He created his own movie studio, borrowing heavily from the conventions of the theater. He invented his own special effects, editing tricks, and other innovations that became the grammar of film storytelling. And because he paid for all of it himself, there was nobody to tell him no as the months wore on and his production became longer and more elaborate.

What emerged from this utterly novel production process was the first real movie, A Trip to the Moon, about a group of astronomers who travel to the moon and back, encountering aliens and capturing one. Audiences around the world had never witnessed such an exciting spectacle, and this one movie set the template for thousands and thousands of films to follow.

It’s not a coincidence that the first film was made by a magician—the term “movie magic” is just as literal as it is figurative. And it’s no coincidence that A Trip to the Moon was financed independently—the real magic always is.

In this current bear market, it’s easy to lose hope. What is cryptocurrency good for, anyway? We at $FLIX believe it is magic dust and rocket fuel, the stuff of dreams. We believe in a coming golden age of filmmaking, fueled by web3 innovation.

In the same way that every other golden age of cinema began with outsiders experimenting and taking risks, we believe that our community-financed filmmaking model will yield the next generation of great movies, creating new expressions of ancient feelings and widening the aperture of the possible. That’s the promise of $FLIX: a community based, decentralized film fund, where the investors and audience are one in the same, and where we collectively decide what magic gets made.

So remember that feeling, the feeling of having your mind blown by a movie, and know that you can make it happen again, that it’s still possible to go to the moon, and that if we believe in ourselves, we can all go to the moon together.

Micho Rutare is a Los Angeles-based writer, director, and producer. While working as head of development at The Asylum, he oversaw the inception and development of the Sharknado movies, as well as over 100 other feature films, including DEAD 7, which he produced with Nick Carter of The Backstreet Boys. Rutare has written, directed, or produced features and episodic content for Syfy, Lifetime, MTV, YouTube Red, and Sony Home Entertainment. He is a co-founder of the Win America Back…PAC and produced viral anti-Trump ads for the 2020 election. Rutare is a Rwandan-American and a sixth-generation Michigander. He currently lives in Los Angeles where he co-runs the production company American Meme.

About the author
Micho Rutare

Micho Rutare is a Los Angeles-based writer, director, and producer. While working as head of development at The Asylum, he oversaw the inception and development of the Sharknado movies, as well as over 100 other feature films, including DEAD 7, which he produced with Nick Carter of The Backstreet Boys. Rutare has written, directed, or produced features and episodic content for Syfy, Lifetime, MTV, YouTube Red, and Sony Home Entertainment. He is a co-founder of the Win America Back…PAC. Rutare is a Rwandan-American and a sixth-generation Michigander. He currently lives in Los Angeles where he co-runs the production company American Meme.