How DeFi Brings Crypto and Real-World Assets Together: Case of Sologenic (SOLO)

Vladislav Sopov
The cross-asset systems that merge the benefits of real-world and blockchain assets can trigger a quantum leap in crypto adoption. How will DeFi address this challenge? 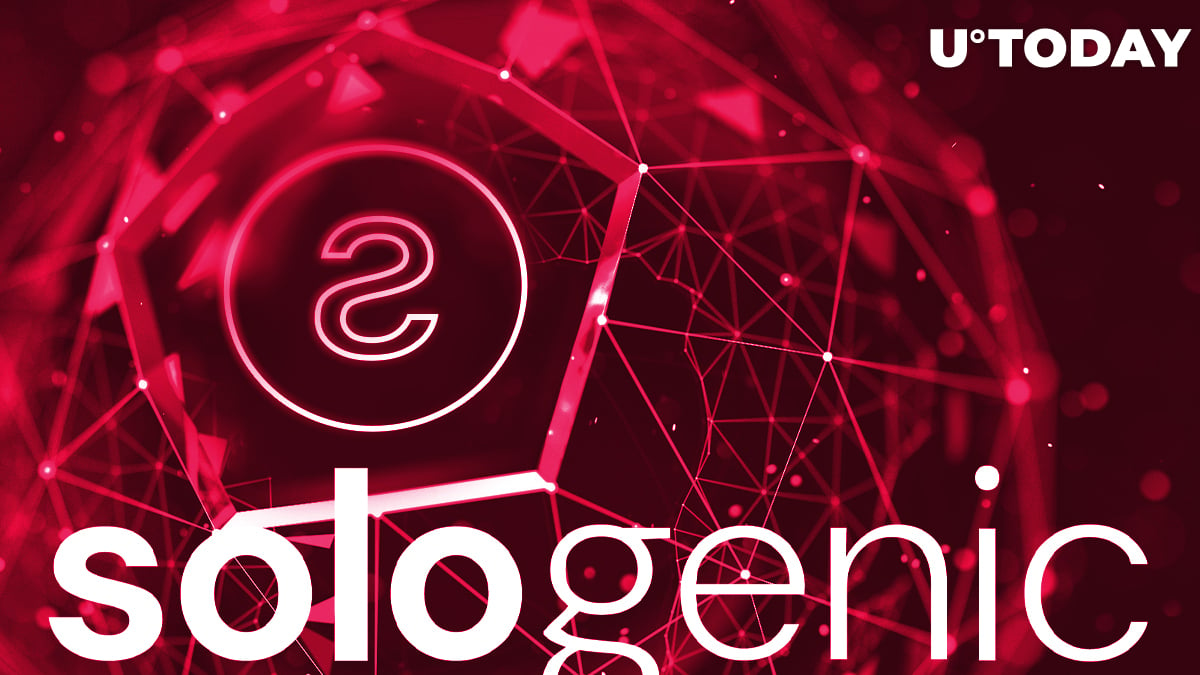 In 2020, it is evident that two financial systems, i.e., the classic (fiat money, stocks, commodities) and the digital (Bitcoin, altcoins, stablecoins), will co-exist. Thus, establishing a bridge between the two will be a crucial yet sophisticated challenge. In this article, U.Today evaluates modern solutions at work in this segment.

Launched in bearish 2019, the Sologenic ecosystem represents a new-gen approach to this exciting mission. We will showcase how it harnesses the disruptive power of the XRPL environment to provide traders of real-world assets with exposure to the sphere of Magic Internet Money.

How to issue a token backed by a real-world asset: three use cases

The concept of presenting different real-world goods as crypto tokens is not a novelty. The emergence of instruments of that type is supported by the transparent and permissionless nature of blockchain-based transactions.

Non-fungible token (NFT or “nifty”) is a particular type of cryptographic unit (token) that represents something unique. Say you want to send your teammate in an online RPG,  a special unit, e.g., a rare tank in World of Tanks. With blockchain, you can issue a token, “YourSpecialTankToken,” on the Ethereum (ETH), Tron (TRX), or Eos (EOS) blockchains.

Thus, the information about this instrument will be stored in a decentralized database (blockchain) and confirmed by all participants (miners or stakes). This method is beneficial: no one can corrupt your unique asset, steal it, or replace it with another.

A stablecoin is a digital asset with a price pegged to some real-world asset. It is popular because it hedges your savings from dramatic price fluctuations—an experience familiar in the cryptocurrency sphere.

RWA collaterals represent a relatively new use case for this segment. Maker DAO, the pioneer of decentralized financial instruments (DeFi), is considering an opportunity to accept real-world assets as collateral for their DAI stablecoin.

For instance, musicians can collateralize the revenue from their streams to borrow some DAI (pegged 1:1 to the U.S. dollar). The collaterals will be minted as NFTs on Ethereum’s (ETH) blockchain, but they will represent something nonvirtual.

How to tokenize real-world goods with XRPL: Sologenic’s approach

As showcased in a previous chapter, modern crypto entrepreneurs have discovered numerous ways to represent real-world goods as cryptocurrency tokens. The Sologenic (SOLO) team's approach is unique due to its scale, methodology, and multi-purpose approach.

By striving to achieve this goal, Sologenic can significantly increase the liquidity of both markets. Given the fact that the amount of global stocks market surpasses $90T providing the traders with a blockchain-based exposure to it will facilitate the adoption of cryptocurrencies.

The total quantity of assets available as blockchain-based items with Sologenic surpasses 40,000. Sologenic builds a unique DeFi ecosystem that can be adopted by financial institutions globally.

By Q4, 2020, the Sologenic team—which consists of 30+ top-notch investment experts, software engineers, and blockchain advocates—will introduce services for tokenizing assets on demand. This release will be of crucial importance to modern entrepreneurs. With Sologenic, they can initiate migration of numerous items to the blockchain, from company shares to loyalty bonuses.

Sologenic’s core team attempts to address the enormous challenge of bridging the gap between traditional financial markets and cryptocurrencies:

Our vision is to facilitate the mass adoption of cryptocurrency globally by enabling people to tokenize the economy on XRP’s blockchain and use cryptocurrencies in any way imaginable.

Sologenic utilizes one of the most innovative yet still unexplored technologies: XRP Ledger. XRPL is a transactional environment for XRP token use cases. It is among the most potent blockchain-based instruments used as a remittance tool in Latin America and Asia. XRP is used by both retail customers and giants of banking, e.g., MoneyGram and Santander.

A proof-of-solvency mechanism guarantees the transparency of Sologenic operations. It allows every user to audit its contracts by himself/herself.

Sologenic’s technological solutions underwent all necessary cybersecurity audits to ensure a high level of protection of users’ data and the safety of their funds. Also, Sologenic’s design meets all governmental regulations and international AML frameworks.

The Sologenic ecosystem has as its backbone element SOLO token. It is a utility token and is not classified as a security. SOLO tokens are minted on XRP Ledger by the Sologenic team. Primarily, SOLO is used to provide liquidity and make markets.

The design of the Sologenic system allows SOLO holders to trade all commodities, stocks, and ETFs available on platforms with nothing but their SOLO tokens.

The Sologenic team underlines that SOLO's primary focus is to represent an instrument for stock trading that eliminates the need for traditional brokerages.

At present, SOLO is available on 11 centralized platforms (CoinField, HitBTC, and Changelly are the most recognizable among them) and two decentralized environments, namely XUMM and XRP Toolkit.

A big project starts with a robust ecosystem and a passionate community established around it. The Sologenic team has released numerous extra features that attract developers and non-CS crypto enthusiasts, newbies, and experts.

The SOLO wallet is a native decentralized instrument created for SOLO token storage and exchange, designed for seamless operations with SOLO, XRP, and all tokenized assets available with Sologenic. The SOLO wallet can be downloaded as an iOS and Android application for mobile devices and as a Mac OS and Windows application for desktop computers.

In Q3, 2020, the Sologenic team will release credit cards. With credit cards, the spending of SOLO riches will be intuitive across the globe. SOLO cards will also support attractive promotional features such as cashback, airport lounge programs, discount offers, and many others.

Sologenic Decentralized Exchange (DEX) is built on top of the XRP Ledger. It allows users to trade SOLO, XRP , and  tokenized assets against each other. Users are in possession of their private keys during the entire process of trading on SOLO DEX. The SOLO DEX accomplishes operations in a truly decentralized manner.

Sologenic also established a staking ecosystem for SOLO tokens. Users can stake SOLO with high annualized rewards of up to 20 percent. Within the Liquidity Provider Rewards Program (LPRP) framework, offers multiple monthly and weekly staking programs. There is a daily reward payout mechanism for flexible programs and a time-based payout for fixed-term reward programs.

Software Development Kits (SDKs) by Sologenic are essential for the integration of back-end and front-end applications to interact with XRP Ledger. The main toolkit for this type of operation is sologenic-xrpl-stream-js, which is written in TypeScript.

Tokenizing real-world assets can be carried out in multiple ways depending on the business model chosen for this or that project. Why should we treat Sologenic’s progress as a cutting-edge, high-tech, and natural one?