Denys Serhiichuk
NEO – or as people call it, “Chinese Ethereum” – is one of the most popular cryptocurrencies in China. In this article, we will analyze NEO’s potential price 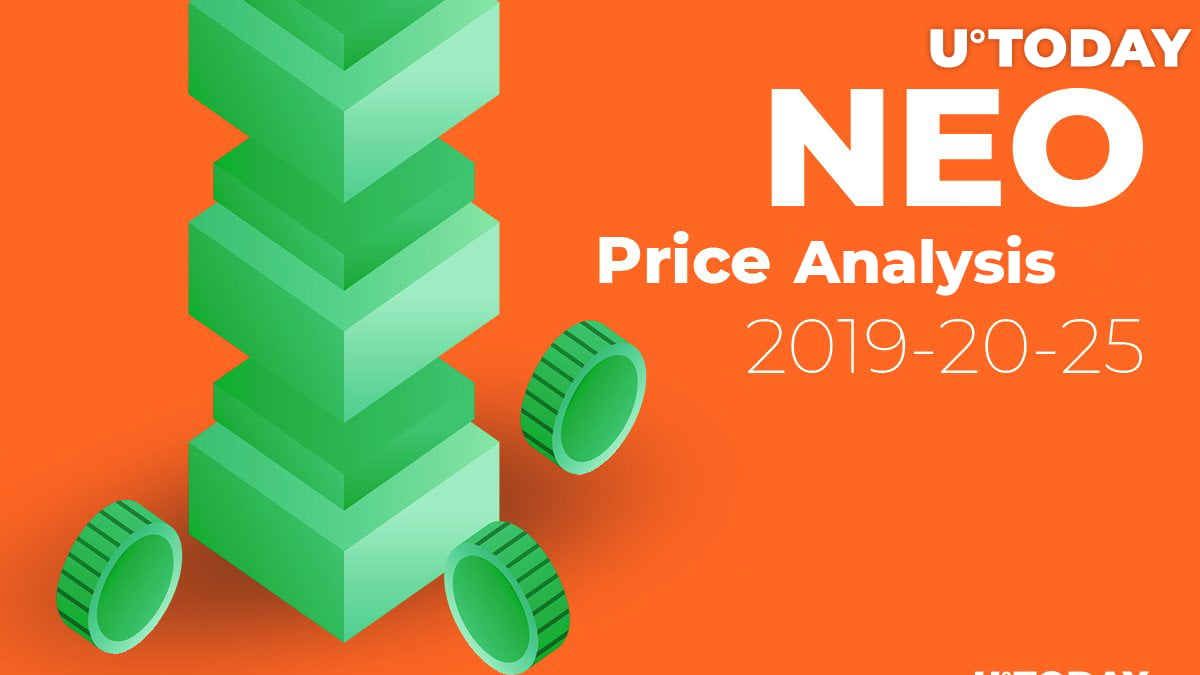 Today's cryptocurrency market is filled with various projects. It is difficult to find a coin suitable for investment. NEO cryptocurrency is just one of the few crypto-projects that have prospects for further growth and increase in the size of its capitalization. By the end of 2019, this digital asset is able to enter the top 5 coins.

A bit of history

NEO was officially released on the market in mid-October 2016. Initially, this project was called Antshares, but later it underwent a rebranding, receiving the current name.

The creator of the coin NEO is the Chinese company Onchain, which is engaged in the creation of new technical solutions based on blockchain technology. The development team consists of 15 people. Most of this team is focused on developing and improving the cryptocurrency marketing strategy. For this reason, the project demonstrates good growth and user expansion.

While analyzing NEO, it is impossible not to mention a number of its inherent advantages distinguishing this coin from other similar digital assets.

The advantages of the cryptocurrency NEO include the following features:

The listed advantages of the project will help it to maintain a high rate of development and expansion of the user audience. If its creators take further steps to introduce a more advanced marketing program, NEO is expected to succeed and become one of the largest digital cryptocurrency assets soon.

The main negative aspects of this currency are not its technical problems, but organizational ones. Therefore, the disadvantages of NEO include:

The cons are related to the fact that the creators of cryptocurrency initially aimed at working closely with representatives of the official government of China. For this reason, it is difficult to talk about the possibility of the future implementation of full decentralization and the introduction of more advanced solutions that ensure anonymity within the crypto network.

After the rebranding, the cryptocurrency showed a sharp exchange rate jump, which allowed it to attract the attention of many market players and investors.

The rate quotes for the entire time of this crypto have repeatedly changed from zero to a maximum value of $48 for one coin.

At the end of November 2018, the NEO rate dropped to $7, but now it is beginning to grow and fluctuates around $9, which is a great result for such a young project.

According to analysts of the cryptocurrency market, the prospects for NEO cryptocurrency in 2019 are promising. This is not surprising, because the coin shows steady indicators of exchange rate growth and an increase in the number of active users.

Inside the crypto community, many experts have long called NEO the Chinese equivalent of Ethereum. Such a comparison is true because these two currencies provide users with similar functionality, as well as a high level of security of transactions.

One of the factors ensuring the success of this project is its focus on the Chinese market, which is the largest in the world. In this case, it is worth mentioning the beginning of the collaboration of NEO founders with the Chinese government, who are ready to support financially all the undertakings of the project if the developers comply with requirements of the country.

At the moment, NEO is among the top twenty cryptocurrency leaders and demonstrates a fairly good price increase per coin. The range of fluctuations, as with any cryptocurrency, is quite wide, but overall, the NEO rate is around $7-9 per 1 token. The average level in the current year is supposed to reach 20-30 dollars. However, there is no single opinion among experts. In general, for 2019, growth is expected to reach $100 and above.

NEO Price Prediction 2020 and beyond

As with any cryptocurrency, it is quite difficult to predict anything for NEO. The platform remained stable, despite a number of troubles that plagued it, but at the same time, its rate dropped 4 times in 2018 (although the rate of the well-known Bitcoin also changed significantly from almost $20,000 to the current value of $4,000).

Some experts are very optimistic about NEO and predict its growth to get to $200 or even $300.

Is it worth buying NEO now?

Before investing in a crypto asset, it is important to familiarize yourself with its structure, as well as to find out who is behind it. Of course, if a project was developed by a serious company with many investors, then it will be more credible. If we talk specifically about NEO, then it belongs to the category of serious currencies, because its development is supported by the leadership of China. In addition, the developers of this currency have entered into formal cooperation agreements with companies such as Microsoft and Alibaba.