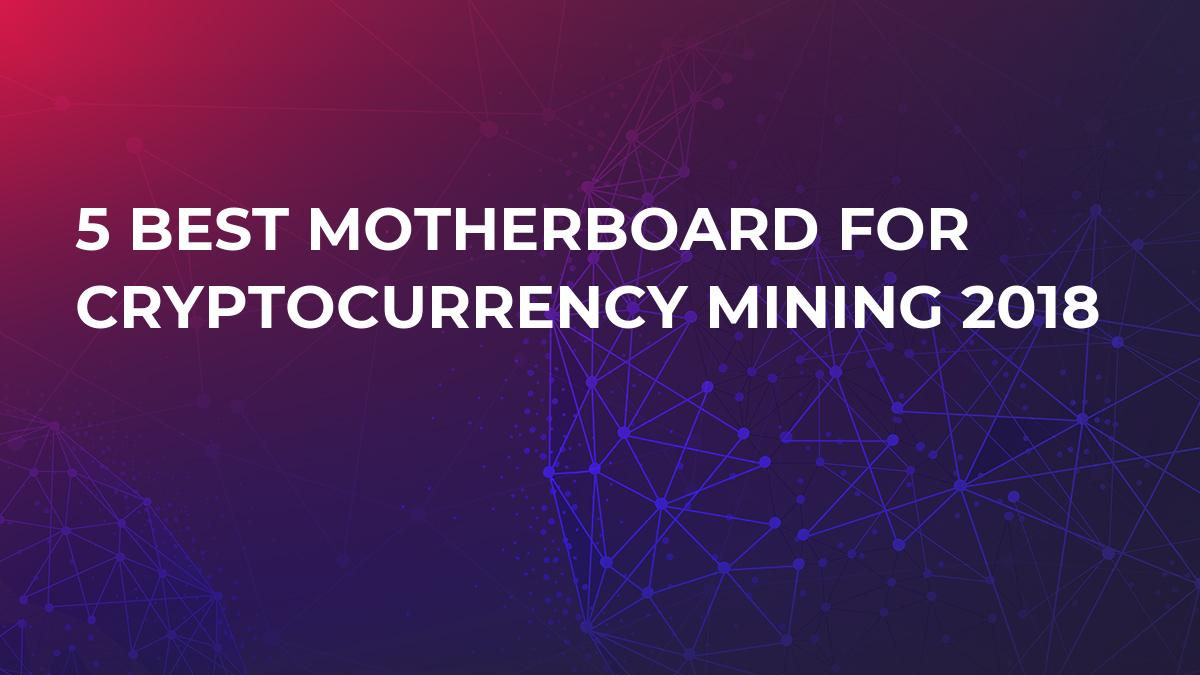 Despite the fact that ASIC chips become excessively popular with such near-monopolies like Bitmain, there is still a place for GPU mining in 2018. Inexperienced miners may be interested in less expensive solutions than ASIC chips, so they look for motherboards to arrange a mining rig.

Mining motherboards will complement your graphics cards, which will help you to reach a high hashing power. This article will help you to choose the best motherboard for mining among those models that have already earned a good reputation in the crypto industry.

How to choose the best motherboard?

Before we review some of the best motherboards for coin mining that you can purchase in 2018, let us consider the most important features that you should pay attention to:

The first motherboard that we are going to review is called Asus B250. The exciting thing about this particular motherboard is that it has a whopping number of 19 slots. Subsequently, it means that this motherboard will be able to support up to 19 graphics cards. Increasing the number of supported graphics cards became some sort of competition in the industry, and that is beneficial for the whole community.

The motherboard has a triple ATX power system. Instead of multiple Molex connectors, we are dealing with a dedicated full-size 24-pin ATX connector for every mining group. It also has unique BIOS that is specifically designed for mining. Obviously, that will have you to increase your hash rate and ensure a faster return on your initial investment. On top of that, it has voltage stabilization capacitors that automatically decrease the output of voltage and ensure consistent power delivery. Asus B250 Mining Expert has one capacitor for every port. The price of this motherboard is currently sitting at around $140, but, unfortunately, it is rather hard to find. All in all, this is undoubtedly one of the best motherboards for mining GPU mining in 2018.

It is worth mentioning that this is not the motherboard for inexperienced miners since it is capable of running 13 GPUs at once. This is, of course, not as impressive as 19 GPUs, but still not really beginner-friendly. Those who won’t take advantage of all 13 cards running simultaneously should consider using Linux, which, of course, can be quite inconvenient if you are a Windows guy. As of now, Windows 10 doesn’t support more than eight graphics cards

H110 PRO BTC+ supports the latest generations of Intel sockets. It also has 12 PCI-E slots and to the rear of them, there are standard connectors:

You can throw away your little power switch because this motherboard has an onboard power restart button that is already built-in in the system.

The motherboard under review comes with saving on components, so you won’t have to additionally purchase CPU, HDD and so on. After being released back in 2017, H110 still remains one the best-rated miners on the market.

MSI Z170A is a perfect solution for those individuals who are interested in both mining and gaming. This powerful motherboard, which can simultaneously run seven GPUs, also newer fourth-generation memory slots and other fancy extras that are mainly appealing to gamers and not really useful for cryptocurrency miners. These features, of course, come with an additional price, since you will have to pay around $270 for this motherboard.

If you decided to go with Z170A, you should make sure that the BIOS is up-to-date. Going through different BIOS settings may also seem a bit tricky, but you have to make sure that everything works just fine.

This motherboard came out in 2016 and showed how one should make the best motherboard for mining Ethereum and Bitcoin. Despite the fact that this motherboard may be a bit aged in 2018, it is still good and, most importantly, a cheap option for miners. In fact, you won’t be able to find a new ASRock H81, so you will have to settle down for a used motherboard that currently costs about $40. On top of that, it has really low requirements when it comes to RAM and CPU.

Now, we are going to review two very similar motherboards that, in fact, have plenty of important differences. Obviously, both of them are designed by Biostar specifically for mining purposes. On top of that, both of these models are considered to be the company’s flagship products.

The major difference consists of the maximum number of graphics cards that these motherboards can handle. TB250-BTC is the best motherboard for 6 GPU mining with six slots (one of them is full-size). On top of that, there is also one M.2 slot that can also serve as a converted to run another video card. Technically, this motherboard is capable of handling seven graphics cards. TB250-BTC PRO, on the other hand, is capable of handling as many as 12 GPU: it has 11 small slots and one full-size slot, which gives you a total of 12 connections for your mining rig.

One should notice that this motherboard supports both Linux and Windows. While learning Linux seems like such a huge feat to accomplish, remember that Windows 10 does not support more than eight motherboards.