5 Popular GPUs For Mining Cryptocurrency in 2018 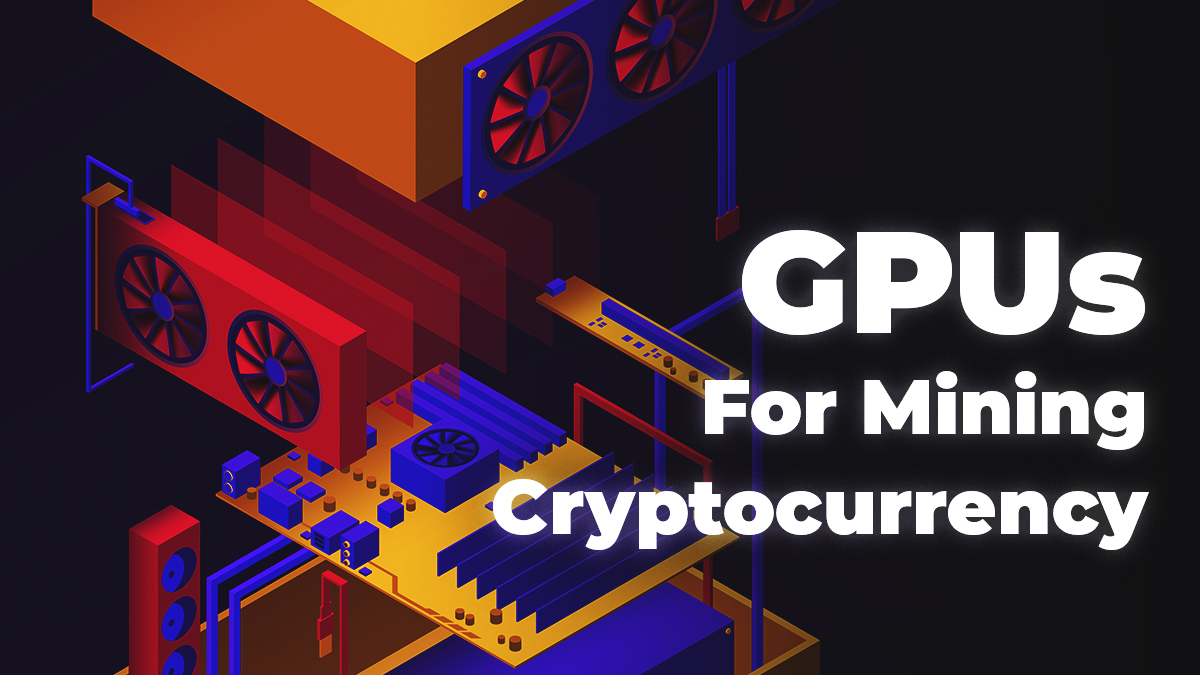 Remember when cryptocurrency just came into the limelight and mining was seen as a thing for only a select few? Remember how they made it appear as though it is impossible for just anyone to become a cryptocurrency miner? Well, the rules have changed. Now, you just need to find out the best GPU for mining and the rest is history.

If you have a friend who keeps asking you for the best currency for GPU mining, you need to understand that Bitcoin or Ethereum mining is becoming a thing now and everyone wants a piece of the action. The meteoric growth has spurred a lot of people into action and now, the eventual decline is not enough to dissuade people. In fact, if you look at some of the best mining GPUs in 2017, you will notice a trend which many people adopted. You either go for the best or go home. 2018 won’t be an exception, let’s critically identify some of the best GPUs to mine.

Features of the best GPUs for mining in 2017

We shall first study some of the elements of the best GPU mining packages in the previous year. This will help us properly understand what informed their decision and how the mining was improved upon.

Having two GB of graphics memory is no longer enough to load Ethereum network’s Directed Acyclic Graph (DAG). Ethereum, when it first emerged in 2015, started at one GB and the size increases at a rate of 750 MB yearly. We’re in 2018 now, this means that the best GPU for Ethereum mining should have a minimum of four GB of dedicated VRAM. If you insist on using two GB graphics card, the mining software will fail to work.

This is one of the most important factors to consider before any other factor. This is the rate at which a graphics card can solve algorithms which make a block. The best GPU for mining in 2017 had very high hashrates, and this caused faster mining times and increased coin rewards. This hashrate is measured in hashes per second and for extremely powerful GPUs, Mega-hashes per second is used (MH/s). This implies that at least, a million hashes are being completed per second. We can also have Giga-hashes and Tera-hashes.

The bus width is the factor which states the amount of memory chips which can be used on a card. As you know, the performance of a card is determined by its memory, so you need a higher bus width. For instance, a GPU with a 256-bit bus can only accommodate a minimum of eight memory chips and one chip will have a width of 32-bit. If you want something more, chips with a double memory capacity boast 16 memory chips. It is shared between the front side and back end of your card.

Have you ever considered what the best GPU for mining Ethereum will be? Let me give you a hint- the right card will consume less power. If you want to be assured of a steady inflow of cash, your miner should be running constantly. This can make your running cost become exorbitantly high, especially if your card is not energy efficient. The best GPU for Scrypt mining in 2017 prioritized power consumption - you should consider doing the same.

After power consumption, the last thing you want is for your GPU to be constantly hot. Apart from the fact that it’ll make the whole environment unbearable, it will hinder the optimal working of your graphics card. Go for GPUs which have an open frame design which allows it to become cool, or get cards which are designed with a plethora of fans for cooling.

Now, let’s get to it. What are the best GPUs for mining Ethereum and Bitcoin in 2018?

This machine is powerful and it executes its duties perfectly. The best thing about this machine is that even if the conditions are not optimal, this GPU will still perform excellently. It is power efficient, with the latest AAA graphics, and is also compact. When it was being built, compatibility with certain PC was checked and this accounts for the sturdy, compact form. It is almost noiseless and the heat produced is reduced too.

When the HTC and Oculus Rift specs were released, this was one of the first graphics cards to grace the market. It has rapidly evolved from a gaming graphics card to one used for cryptocurrency mining. AMD used this card to migrate from the erstwhile Graphics Core Next 3 to Graphics Core Next 4 (Polaris). They increased the number of transistors without increasing the amount of power consumed. It also boasts a single fan which spins under load. Even though the noise is on the high side, it is totally bearable.

It is classified as a mid-range card. i.e., it allows you to mine coins without hitches with a clock speed which is slightly above average (1340 MHz). This is an amazing GPU for mining Ethereum. It also has dual fans which work or stop according to the load being supported. One thing to note, though, is that the cards are not as compact as the previous 480 version.

Every single element of this GPU is turbo-charged and optimized for speed, quality of performance, and power efficiency. Rather than an air-based system, they employ a water-cooling technology and it seems to work well for them. It also allows you to mine for as long as you want.

This is the best GPF for mining Ethereum. It is efficient, offered at a great price, and it works well with any system in need of increased computing and mining performance. The design is based on its Pascal GPU design and not only does it support cryptocurrency mining, it is great for VR gameplay. Before we forget, it has a clock speed of 1760 MHz.

Comparison of GPU for mining cryptocurrency

We have assiduously covered the best GPU for mining cryptocurrency. As regards the best cryptocurrency to mine with GPU, it is important to note that some currencies are easier to mine than others, however, we should always consider the return on investment. Mine cryptocurrencies which are more widely accepted.