George Shnurenko
To understand how blockchain and decentralization work, it’s enough to read our ERC20 guide for beginners. Things will become clearer 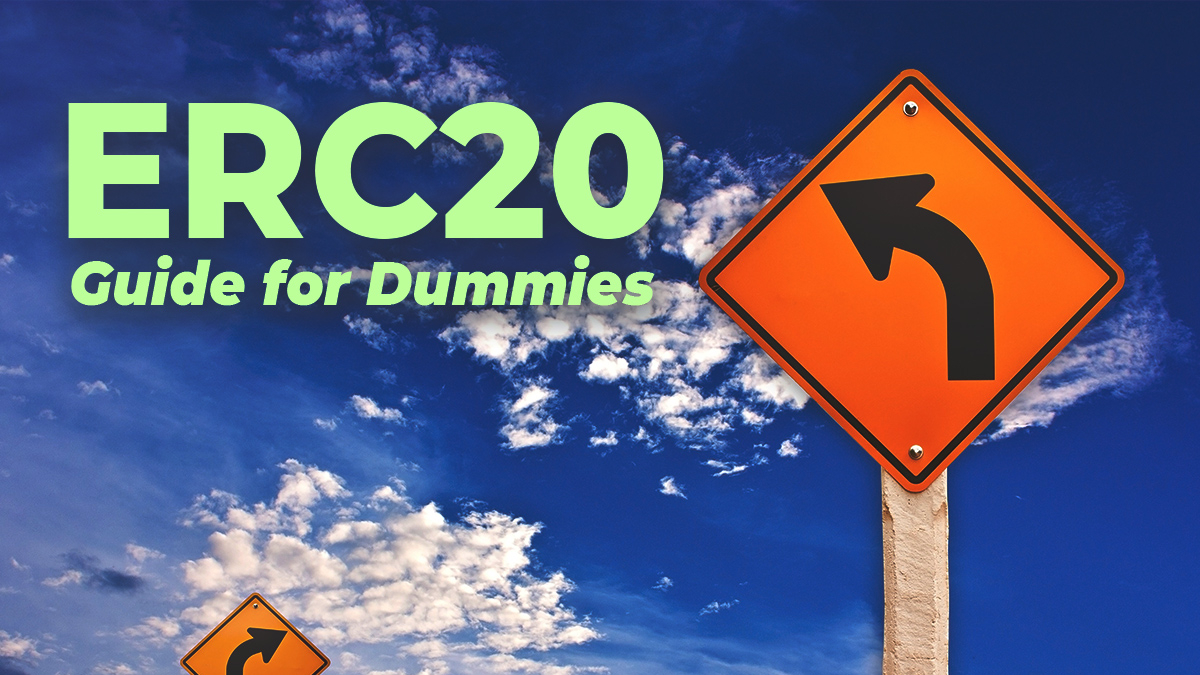 We have fully entered the glorious age of cryptocurrency and almost everyone you know is enthused about crypto coins, especially ERC20. Unfortunately, you only know about Bitcoins and Ethereum. You’re not alone in this.

The concept of decentralization, Blockchain technology and cryptography can be very confusing and unless you have a form of ERC20 guide, it will be impossible to understand. Without further ado, here’s the much-awaited ERC20 for beginners.

We begin with the Blockchain which is the basis of it all. The Blockchain is a digital and decentralized ledger with the sole purpose of recording cryptocurrency, chronologically and publicly. Originally it was developed to initiate and execute transactions in record time using a sequence of blocks. Here, each block recording signifies a transaction on the network.

Cryptocurrencies such as Bitcoin, Ripple and Ethereum, virtual money used for carrying out transactions, without the regulations of a central bank and influence of the government are stored within the Blockchain and uses encryption techniques create and verify transactions.

Ethereum is a decentralized system administered on a Blockchain network that is completely sovereign, eliminates third parties and avoids data leaks. The network has its own currency called Ethereum which is traded along with digital assets known as tokens. These tokens, which also act as currency, have varied values for assets they represent such as IOUs, vouchers, etc.

Being decentralized gives it its autonomy and this is a key feature of the system as it allows users of the market tokenize their products. They can also source for crowdfunding since there are no external regulations to sanction these transactions, rather, miners all over the world run the block's unique metadata via a hash function. Unlike Bitcoin that was created as a medium or exchange or store value, the Ethereum platform can be used to design and run applications.

ERC, which represents “Ethereum Request for Comments” is a set of rules and regulations for the Ethereum network and it determines how tokens can be accepted. It was proposed by Fabian Vogelsteller. The 20 after the ERC stands for unique proposal ID number. ERC20 governs the creation and transaction of ERC20 Tokens on the network, and once these rules have been met, the tokens are free to be created and traded across the Ethereum network.

Before the introduction of ERC20, each token executed its own versions of these functions, so each token had its own agreement making complex an exchange which should have been very simple and straightforward. ERC20 enabled an easy transference of tokens because they all have the same functions and rules.

Since ERC20 is a set of rules which Ethereum tokens must follow, this particular token gives developers an idea of how new tokens are going to function on a larger scale. The implication of this is that unlike before when developers had to undertake massive restructuring projects at the release of a new token, they can easily use the prescribed regulations. This is, perhaps, why all tokens released during Initial Coin Offerings (ICOs) are compliant with ERC20.

There are certain functions in the ERC20 which is of immense benefit to other tokens. The basic functionality issues to be addressed, for example, how the tokens are transferred or how users can get access to their token. Even though the ERC20 is still in its inchoate form, it is steadily gaining traction and it is anticipated that all new tokens will conform to its rules.

As long as all the ERC20 protocol is adhered to, the creation of any token system for ERC20 is allowed and a token becomes an ERC20. Basic functions of ERC20 tokens standard include balance Of- an inquiry of balance of token, approve- approval of transfer of token, totalSupply- total supply of tokens, transferFrom - transferring of tokens and allowance. Below are examples of ERC20 Token functions:

Just like your online banking app, this function allows the owner of a contract to send any amount of token to another address.

The ERC20 is adaptable because it gives developers unlimited freedom and almost anyone can partake in the business of ERC20 tokens because they are run on an open-source and public platform. Although the ERC20 token can be built at any time and the tools to create ERC20 tokens are accessible to everyone, the skill required to create it is a completely different ball game.

It is also important to note that ERC20 is not a software or a piece of code, it is simply a specification standard, caliber, level or quality for tokens on the Ethereum platform.

How to trade ERC20 for Dummies

Now that the answer to “what is ERC20” has been answered, it is expedient to understand how you can trade ERC20 tokens on the Ethereum platform.

There are two simple requirements when you want to trade cryptocurrency.

It is important to know that the cryptocurrency is not part of the regular stock exchange and it is extremely volatile. Start with trading prominent coins and choosing a reputable company that offers exchange and wallet. One in such instance is Coinbase which supports platforms for cryptocurrencies like Bitcoin, Litecoin and Ethereum.

Another reliable place is BitMex, the largest cryptocurrency exchange among all existing. Please note that the transaction fees on each exchange will be different. Therefore, we recommend trying a few to determine the appropriate option for the functionality and commissions.

Another tip - don’t save on security, connect two-factor authentication and other possible improvements of protection level. This will protect your crypto assets from hacking.

Now, your question, “What is ERC20?” has been concisely and elaborately answered. You can confidently give novices an essential ERC20 guide and you can also partake in the benefits of the tokens. Make sure you have a good grasp of the concepts discussed here so as not to lose out.