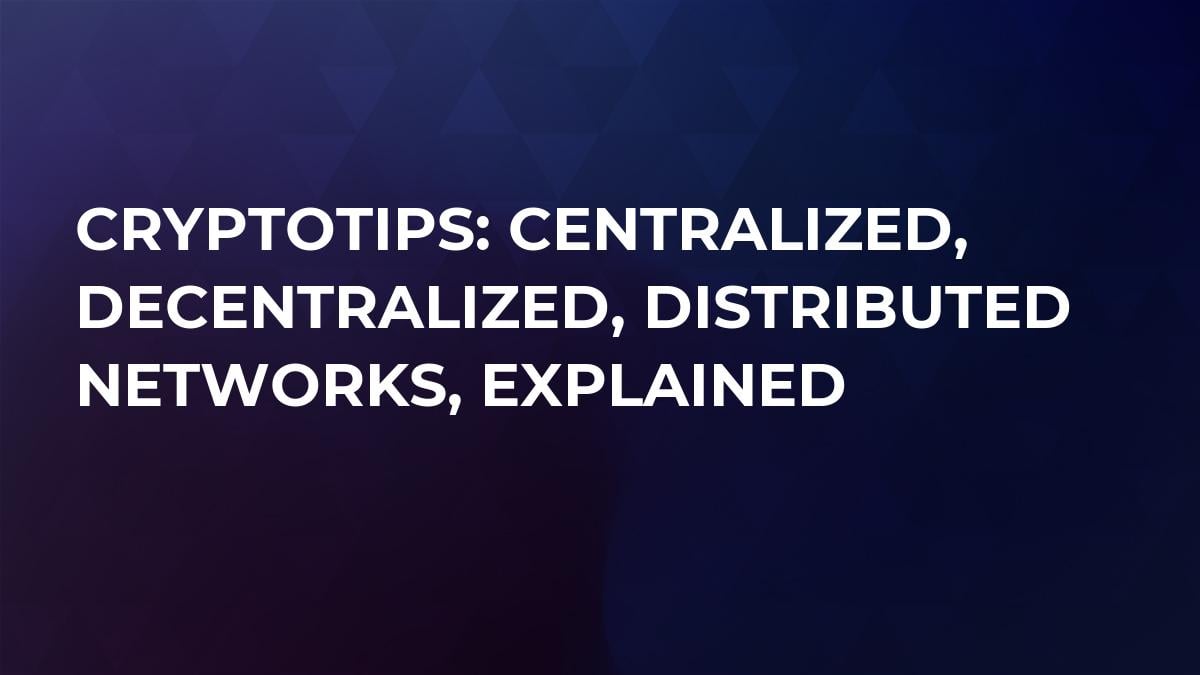 Centralized networks are controlled by a single entity, who can do absolutely anything. Such networks have a central point of failure and therefore are not fault tolerant. While people usually think of digital currency as being decentralized, that’s not always the case. There are some currencies, such as Ripple and Tether, that are controlled by centralized companies. More of these tokens can actually be created at any time, although the companies have rules about when and if they’ll actually do that.

Decentralized networks rely on a hub-and-spoke model, where end users are connected to trusted nodes that are interconnected with each other. Certain “light wallets” work in a decentralized fashion, such as Electrum. Such a wallet doesn’t require the end user to download or verify the Blockchain; instead, users connect to one of many possible servers. These servers then communicate with each other.