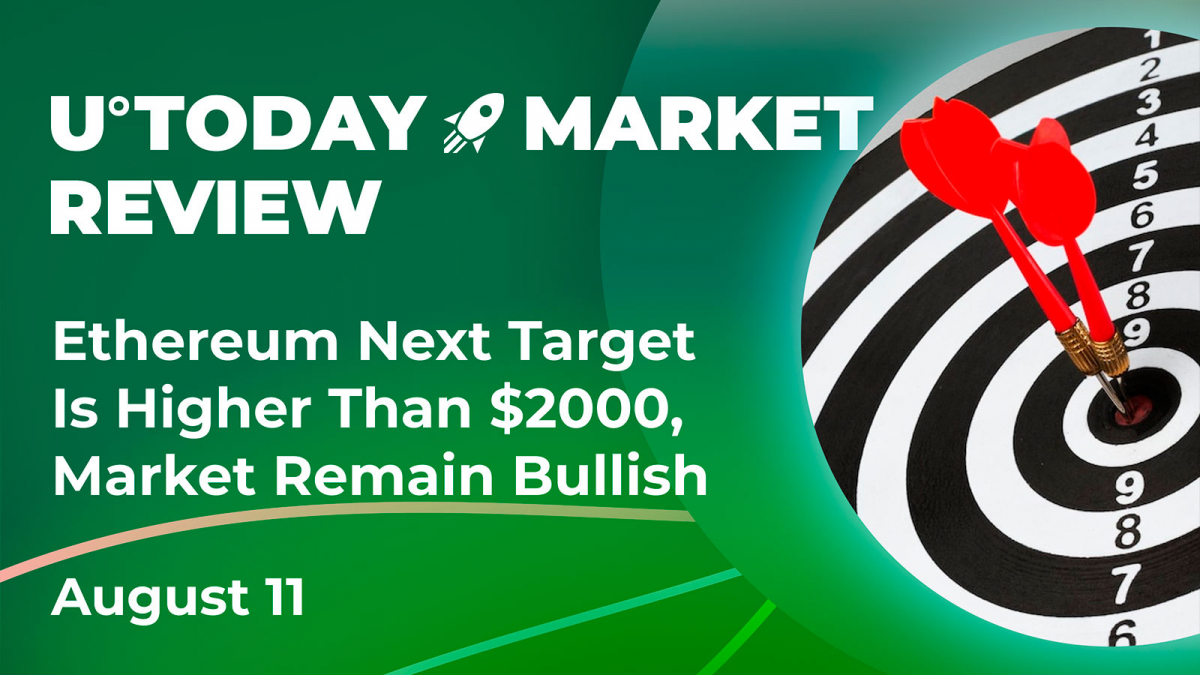 The CPI data release ended up being one of the strongest fuels for the cryptocurrency market rally in the last few weeks as the majority of digital assets entered short-term rallies, with Ethereum breaking through the $1,900 threshold, Bitcoin aiming at $25,000 and the total market capitalization exceeding $1.1 trillion.

Despite $2,000 being a massive psychological level for Ethereum traders and investors, the real target of the second biggest cryptocurrency is approximately $2,100, as the price level correlates with the strong technical resistance of the 200-day Exponential Moving Average.

The aforementioned price level was also the last breakage point for the cryptocurrency, as Ether was actively trying to bounce back above the $2,200 price level after plunging to $1,717.

Thankfully, the upcoming Merge update fueled the rally of the second biggest cryptocurrency on the market with the price per ETH spiking above $1,900 in a few days. Compared to BTC, Ether has shown a more than 140% price increase in the last few weeks.

Previously, we shared on U.Today that Ethereum might be a better option for receiving exposure to the cryptocurrency market compared to Bitcoin, as Ether offers more volatile performance on the market, which can be useful during Bull runs. Despite higher volatility during an uptrend, Ether seems to lose the same percentage of its value during corrections.

With the release of CPI data, the cryptocurrency market took shape at a $1.2 trillion market capitalization, with the price of Bitcoin reaching $25,000. Unfortunately, the trading volume profile on Bitcoin and other cryptocurrencies shows a fading tendency that might lead to a short- to mid-term reversal.

Considering a lack of macro and technical signals, the CPI data might not be enough to fuel a long-term market reversal, which means that the growth we are seeing now is purely speculative.

If we compare the momentum of the MoM core inflation, we can clearly see that the most recent drop in inflation does not change course in the long term. As some analysts explain, one of the main reasons why we saw an unexpectedly high drop in inflation numbers is energy prices that returned to February's levels, while services and shelter prices are still climbing up.

But despite the controversy around the recent report, the market is still moving up continuously with the majority of altcoins gaining up to 20% to their values. Lido Finance is still capitalizing on the upcoming Merge update for Ethereum as it remains one of the biggest holders of staked Ethereum tokens on the market. Celsius is rallying on the news of Ripple buying up Celsius assets.

At press time, Celsius is showing a 23% price increase in the last 24 hours, while Lido Finance token LDO is rallying at 11%.