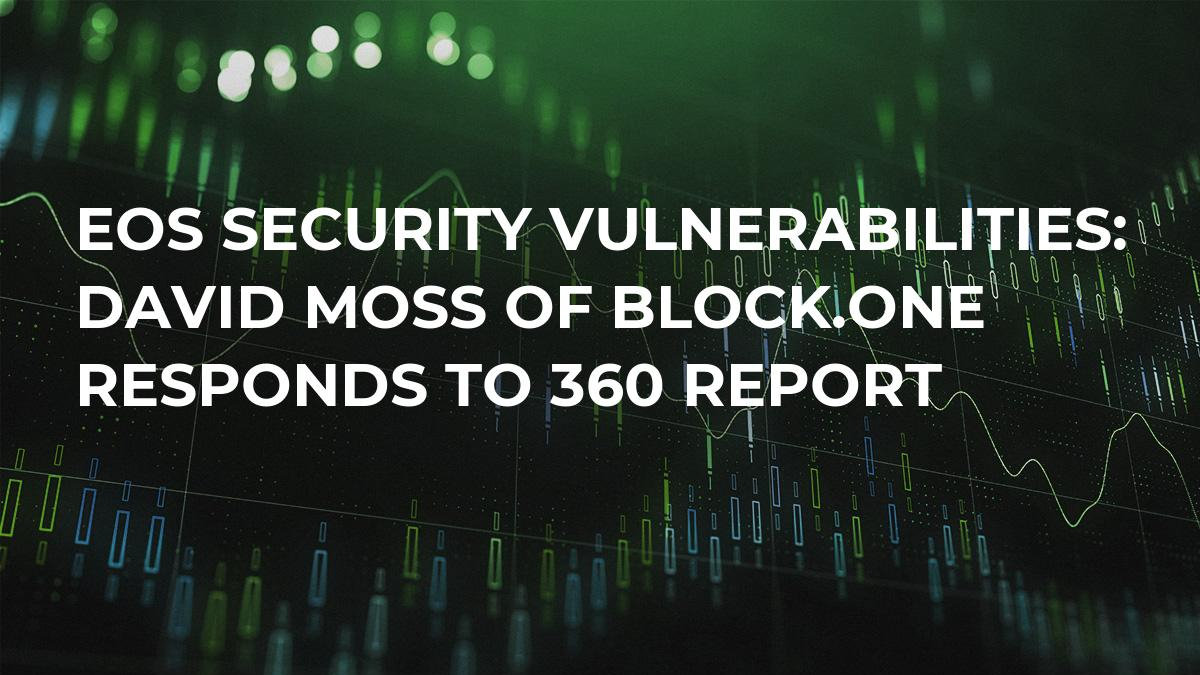 The opinions expressed in this article are strictly David Moss’s own and not to be interpreted as speaking on the behalf of Block.one or any other entity.

As the planned June release of EOSIO 1.0 approaches, expectations and tensions are heating up.

According to the Weibo post published by Qihoo 360 on Monday, high-risk security vulnerabilities in the EOS platform could enable remote attacks through the deployment of arbitrary code and insertion of malicious smart contracts into new blocks.

Such a security breach may give the attacker full control of the network’s nodes, affecting thousands of computers and accounts.

The discovery of the security issues was made by Qihoo 360’s Vulcan team, and the wording of the report seems to suggest close collaboration by the Chinese security company with EOS to resolve these issues ahead of the EOSIO launch, but this may not be the case.

As always, investors and developers are responsible for doing due diligence when it comes to platform security.

The crypto media environment is as susceptible as mainstream media, if not more, to conflicting reports, sensationalism and news cycles used as marketing tools.

The release of EOSIO software has been one of the most eagerly expected events in the crypto community and the next few weeks are certain to put increased pressure on the EOS team to provide commentary on arising questions.