EOS Price Spikes 11 Percent After Weiss Ratings Report. What Should We Expect from BTC, XRP, and Other Top-Rated Coins?

Alex Dovbnya
??EOS, which is widely considered to be the Ethereum killer, is vying to dethrone Litecoin after a double-digit price increase 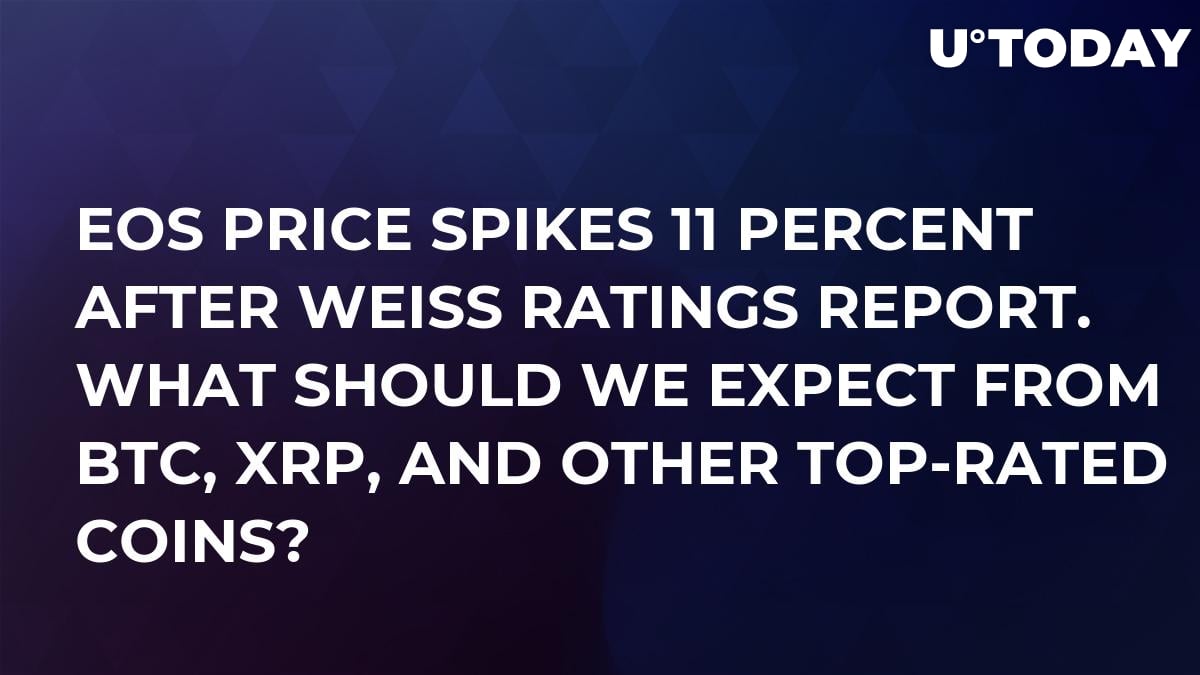 Related
Tron and EOS Get Thumbs Up from China as Top Rated Cryptos — A Big Boost for ETH Rivals?

EOS gets the crown

As reported by U.Today, EOS, which got B- together with Bitcoin, XRP, and Binance Coin, appeared at the top of the Weiss Cryptocurrency Ratings list that was published on March 26. The main Ethereum rival also got an excellent mark in the tech/adoption department, which means that the coin could fare very well in the long term.

At the time of writing this article, the EOS price is sitting at $4.07 with an 11 percent daily gain that pushed the coin’s market up to almost $3.9 bln. This makes EOS the best-performing cryptocurrency inside the CMC top 10. If that bullish trend persists, EOS will most likely surpass Litecoin, which currently occupies fourth place. 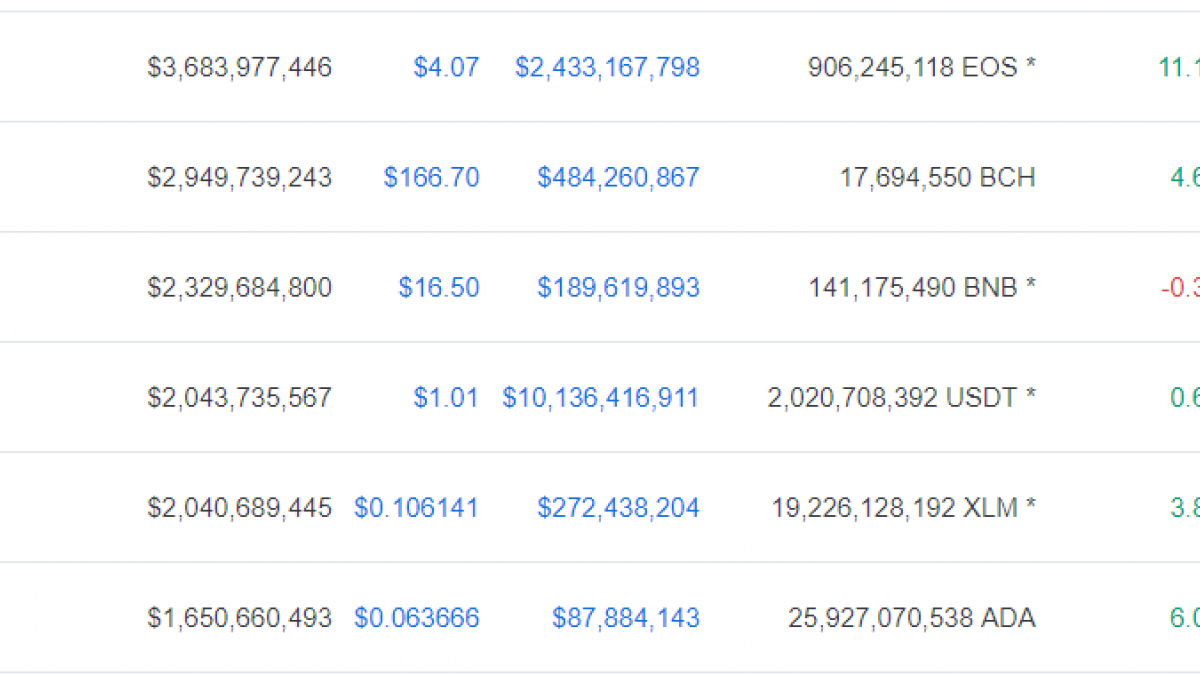 Other A-rated cryptocurrencies (Bitcoin and XRP) are also in the green with comparatively modest daily gains – 1.85 percent and 2.34 percent respectively. Binance Coin, despite its high ranking on the Weiss Ratings’ list, recorded a minuscule decline while Stellar (XLM) is sitting pretty with a 3.85 percent uptick that was most probably driven by the Coinbase announcement. 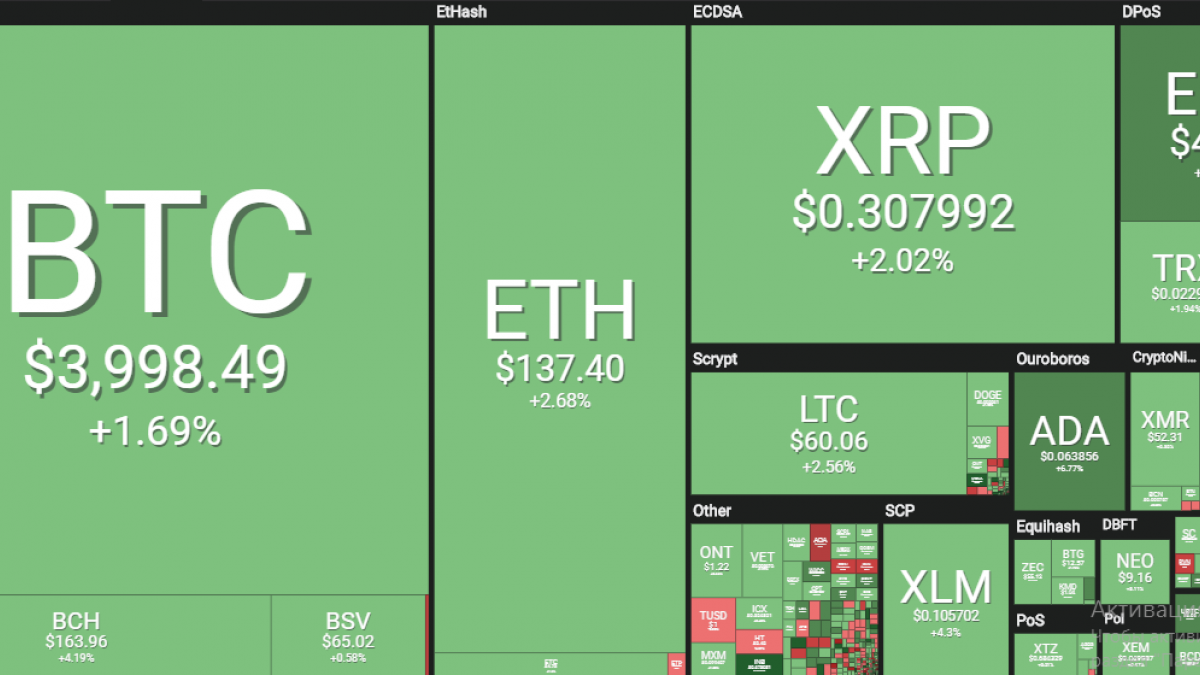