Darryn Pollock
The Dutch central bank has defined cryptocurrencies as not being money, but that does not mean they're going to ban them 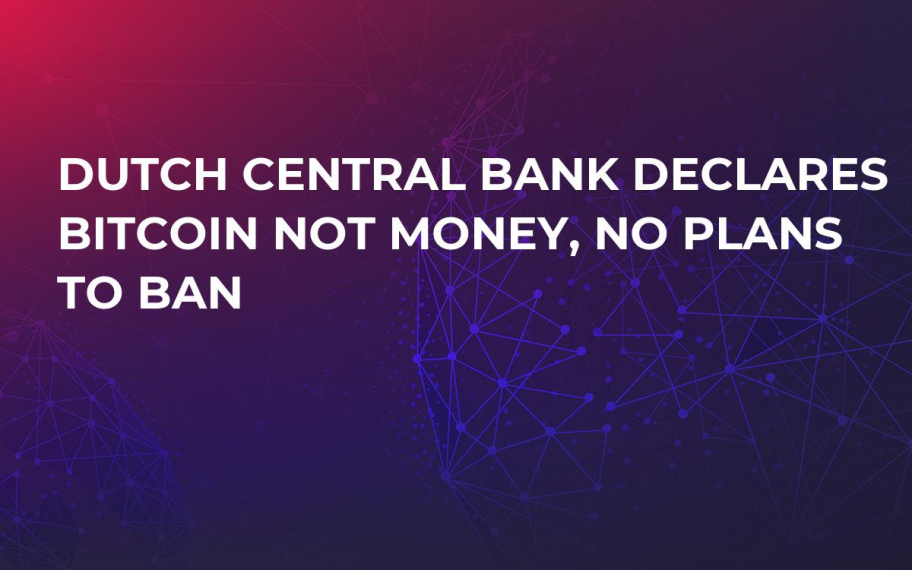 The Dutch central bank has recently released a report about fintech in the country, which also addresses cryptocurrencies with the bank stating that they do not see Bitcoin and other cryptocurrencies as defined as money.

However, despite this definition taking a legitimate edge off cryptocurrencies in the European nation, there are no plans to implement a ban, or anything of that nature.

Bank divisional director Petra Hielkema has said that there are a few factors which make Bitcoin unable to be classified as a currency.

‘If something wants to be treated as money, you have to be able to spend, save and calculate with it,’ she said. However, things are not often bought with cryptocurrencies, it is too volatile for savings and its value is expressed in real money,” Hielkema said. “So we do not consider it to be money as such.”

By the wording of the report, it seems like the central bank sees cryptocurrencies more as an asset, and that definition still fits in with Bitcoin and the like, but more importantly there does not seem to be any want to ban cryptocurrencies in the country.

The report shows that the central bank is however very interested in the potential of Blockchain technology.

‘We have been experimenting with the technology for the past three years and have developed four prototypes,” Hielkema added.

The Dutch have been leading the way in many respects when it comes to the use of blockchain in their governmental structures as in May the Dutch Ministry of Economic Affairs and Climate Policy created a unit tasked with researching the further development of Blockchain across technology.