Tomiwabold Olajide
Dogecoin presently trades at $0.1619 after reaching highs of $0.166 on April 25 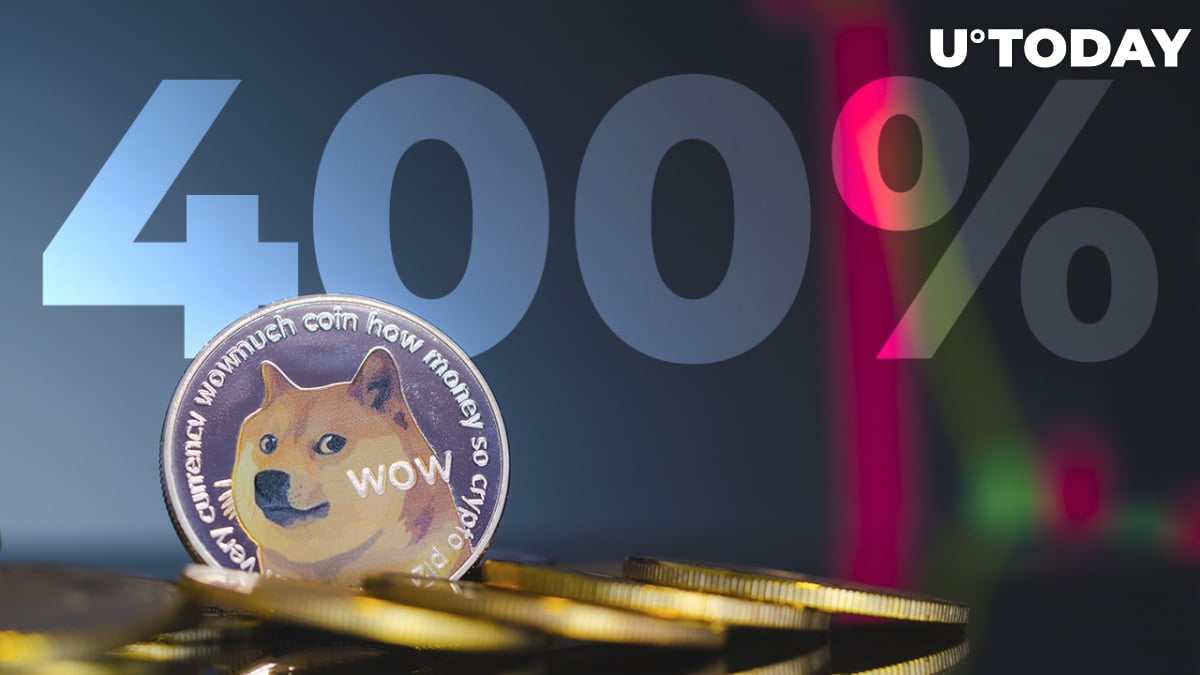 IntoTheBlock analytics team reports a rise in the volume of on-chain Dogecoin transactions greater than $100,000, as the total worth soared to highs of $2.59 billion on April 25. It notes that this is the highest volume seen since March 24, comprising 94% of the total volume.

Cryptoanalyst Ali Martinez gives the count of these large transactions as 2,400 in number, representing a four-month high. He notes that ''Such market behavior can act as a proxy for whales' activity, suggesting how they may be positioning for a big price move.''

The Elon effect is back.

Yesterday, the volume of on-chain transactions greater than $100k in $DOGE, which acts as a proxy to institutional activity, soared to $2.59b.

This is the highest volume since March 24th, and it represented 94% of the total volume. pic.twitter.com/L2WelCKjA6

Large transaction spikes are frequently associated with increased activity from institutional players, or whales, who are either buying or selling. These transactions exceed $100,000 moved, according to IntoTheBlock, and were up 404% in the last 24 hours for Dogecoin.

Likewise, the profitability of the largest meme cryptocurrency has increased to 66%, up from 57% reported earlier in the month. Dogecoin was one of the biggest gainers on crypto markets on Monday, after the confirmation of Elon Musk's Twitter buyout.

The rise of dog-themed coins in the last 24 hours has been potentially inspired by the recent development, with Dogecoin surging over 25% within hours of  Elon Musk's takeover confirmation. Dogecoin also returned among the top 10 cryptocurrencies by market capitalization and also the most purchased asset for Binance whales tracked by crypto data tracker WhaleStats.

? Potentially related to the news of #ElonMusk's nearly formalized purchase of #Twitter today, #Dogecoin has pumped +19% over the past six hours. We have historically seen that #memecoins benefit from #Musk developments, & we'll monitor this situation. ? https://t.co/kw3qtVBZ2k pic.twitter.com/iGgxkW0OPv

On-chain analytics firm Santiment revealed that meme coins typically benefit from Elon Musk-related developments based on historical data while speaking on Dogecoin's impressive rise: "Potentially related to the news of Elon Musk's nearly formalized purchase of #Twitter today, Dogecoin has pumped +19% over the past six hours. We have historically seen that meme coins benefit from Musk developments, & we'll monitor this situation."