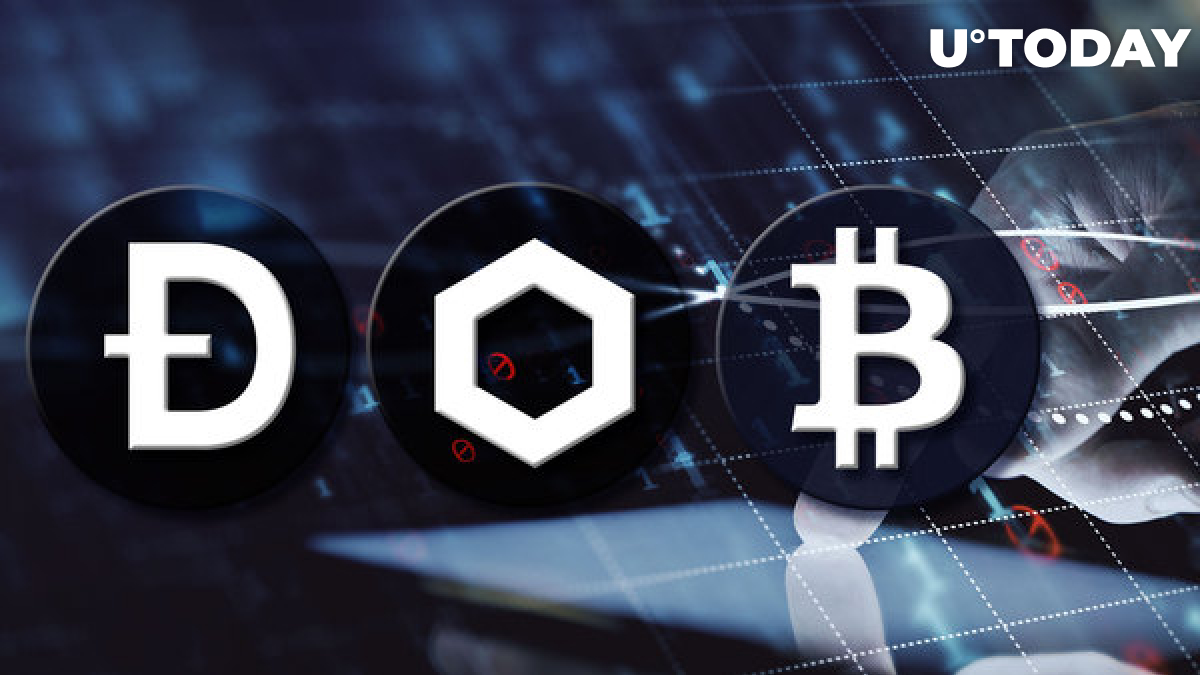 According to onchain analytics firm, Santiment, Bitcoin, Binance Coin, Chainlink and Dogecoin might be potential candidates for a breakout as they face the most negative sentiment. Given the bearish market conditions prevalent since 2022, the majority of crypto assets are seeing major negativity from the trading community right now.

😠 The majority of #crypto assets are seeing major negativity from the trading community right now. But keep your eye on $BTC, $BNB, $DOGE, and $LINK. These top caps are showing particularly high levels of #FUD that can lead to eventual breakouts. https://t.co/cSUnSfn88e pic.twitter.com/MyoOavHllw

Given Santiment's present take on these cryptocurrencies, let's take a look at some underlying fundamentals.

The largest meme cryptocurrency and the second largest proof of work, Dogecoin, is seeing a clear jump in whale count and accumulation. According to crypto analyst Ali, "The number of addresses holding 100 million to 1 billion DOGE has increased by 5.13% over the past week. Roughly six new whales have joined the network, scooping up approximately 620 million DOGE."

According to WhaleStats data, Dogecoin ranked among the top 10 by trading volume among the 100 biggest BSC whales in the last 24 hours.

Root, a Glassnode data-focused Twitter handle, shared analysis that might suggest that Bitcoin may soon reach its bear market bottom.

Bitcoin's price action this week revolved heavily around the FOMC meeting as investor sentiment tilted toward the Fed's decision, overshadowing fundamental crypto developments. Bitcoin dropped below $20,000 again after that. However, Bitcoin might not be out of the woods yet, with both the monetary policy and regulatory fronts offering headwinds to crypto.

A further downside for the BTC price would likely drag down other crypto assets. At the time of publication, Bitcoin was changing hands at $19,128 — up 2.55% in the last 24 hours.

Per Santiment analysis, Chainlink is likewise seeing increased whale accumulation as addresses holding 10,000 to 1 million LINK have increased their supply held by over 3% of the available coins in just 4 months.

This represents the highest percentage of LINK held by these addresses in more than three years. At the time of publication, LINK was changing hands at $7.66, up 8.67% in the last 24 hours.