DOGE Is Back at $0.31 Without Elon Musk’s Tweets, Influencer Says

Yuri Molchan
The most popular meme cryptocurrency has recovered to the $0.31 level, David Gokhshtein emphasizes that Elon Musk and his tweets have nothing to do with it 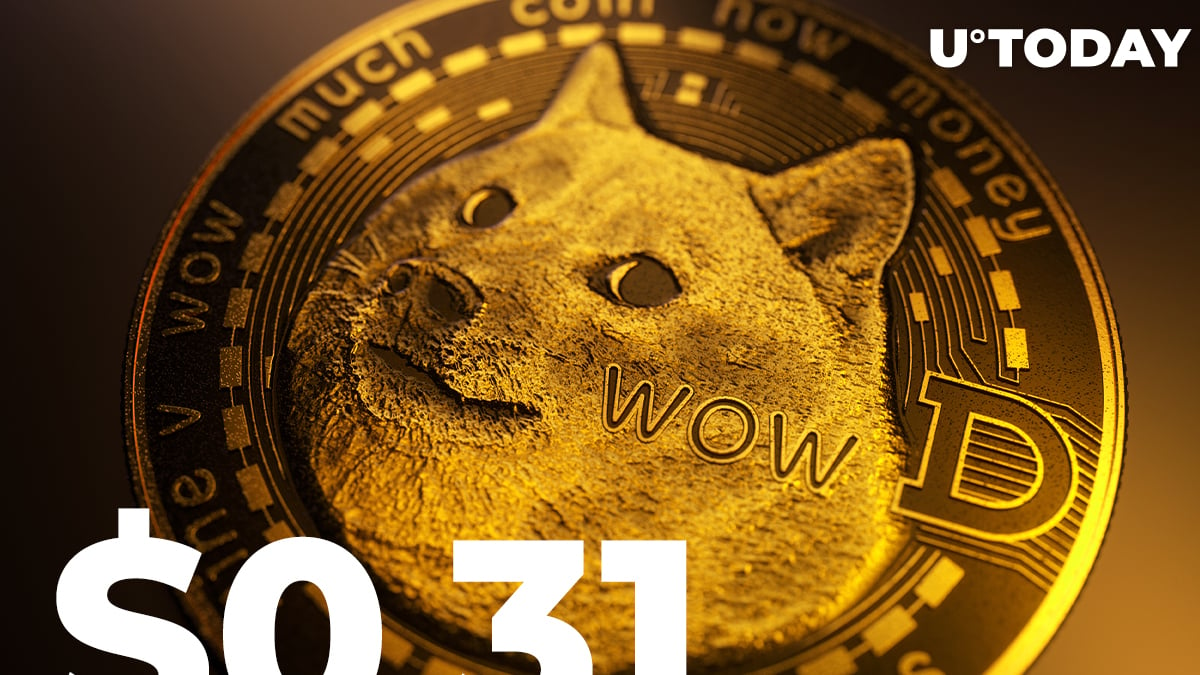 The eight-ranked cryptocurrency, DOGE, which is also the most highly favored meme crypto in the community, has managed to regain the $0.31 level, trading at $0.3174 at press time.

The coin retook $0.31 earlier today for the second time after first revisiting it a day earlier. Cryptocurrency influencer David Gokhshtein tweeted that the rise did perfectly well without a single tweet by Elon Musk—the Tesla and SpaceX CEO and the most influential Dogecoin fan on earth. Perhaps in the future, Musk will be the most influential Dogecoin fan on Mars, too.

PAC Protocol CEO David Gokhshtein has taken to Twitter to talk Doge by announcing that it has added gains without Elon Musk's support and explained why the "game has changed" for the meme coin.

He believes that Dogecoin has a strong use case, a strong community and, at the moment, DOGE is "doing what a cryptocurrency is intended to do"—launching updates to reduce transaction fees and trying to get wider adoption on Twitter.

The community that $DOGE has — all you do is bring in a strong use-case besides what it’s doing now (doing what a cryptocurrency was intended to do.)

And the game changes.

I’m sure @VitalikButerin will figure it out. $PAC here to help as well.

Dogecoin "looks ready to levitate back to $0.35"

Prominent crypto analyst and trader Scott Melker has shared a crypto chart showing that Dogecoin is forming a Falling Wedge pattern, which is often a reversal and may signify the coin's getting ready to go higher.

Melker believes the target could be $0.35.

$DOGE looks ready to levitate back to .35 pic.twitter.com/jAdWkI8SgH

On Aug. 21, Dogecoin developers released the 1.14.4 update for their currency, which enables the upcoming and long-expected fee reduction, faster transactions and provides some other fundamental upgrades that may push the coin's price way up in the future.

Elon Musk commented on the tweet that announced the update, mentioning "good progress." As reported by U.Today earlier, the Tesla CEO is busy working with Dogecoin developers to improve "transaction efficiency."

At the moment, the DOGE community hopes to collaborate with Twitter for payments. Recently, CEO Jack Dorsey announced that the social media platform's team is working on a Tip Jar feature that will allow users to give each other tips in Bitcoin.

Dogecoin investors are looking to catch Dorsey's attention and persuade him to include DOGE in the new feature as well.