Urvashi Verma
A new kind of funding relationship between the artist and fan is imminent. 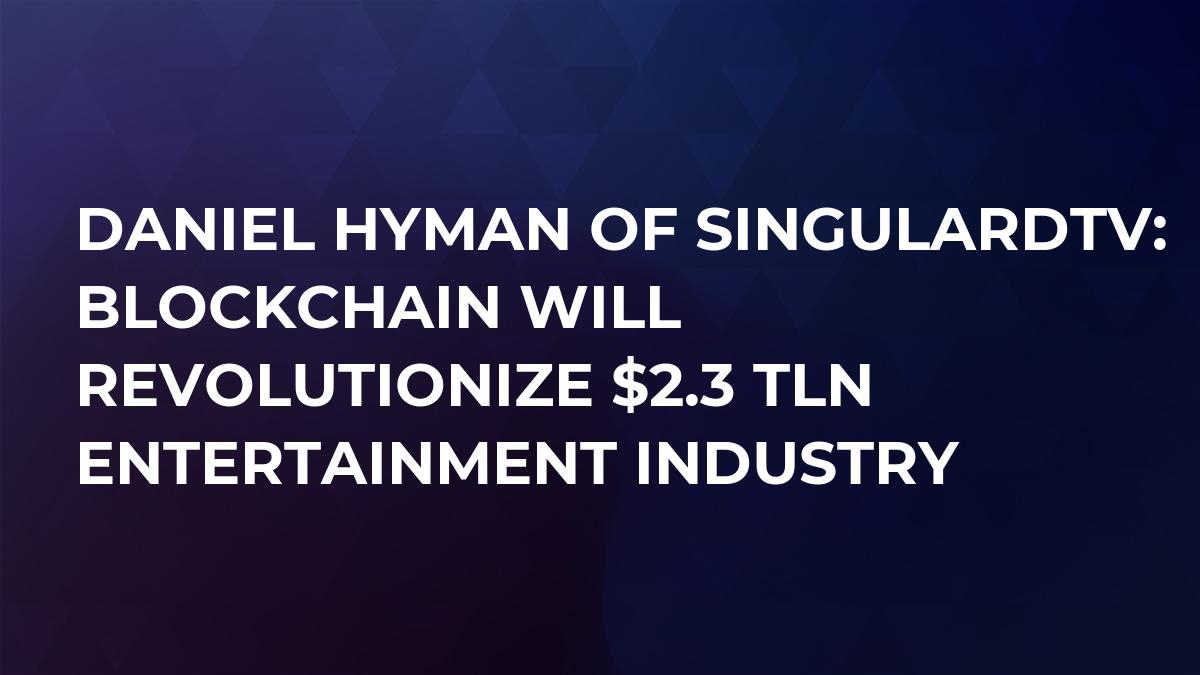 Blockchain technology is revolutionizing a $2.3 tln global media and entertainment industry, making artists into economies and putting artists, producers, and the audiences on a level playing field for the first time.

The Tokit platform enables artists to embed their intellectual property rights, revenue, and royalties into digital tokens that run on a decentralized Ethereum Blockchain.

Gramatik became one of the first artists to "tokenize" , or launch a digital token which could be purchased by investors and fans who shared a common goal of supporting and funding his projects.   In return, those who bought his token could now have equity in the artist himself and profit from the revenue generated directly from his work.

In an exclusive interview with CryptoComes, Daniel Hyman, ‎vice-president of Entertainment Finance & Development of ‎SingularDTV, says:

“After the convergence of streaming and blockchain, it was imminent that a new kind of funding relationship between the artist and fan was going to emerge.”

Hyman says that Gramatik’s success will translate into a higher token price for his fans and investors because for the first time the industry and audiences have a transparent and trackable means of measuring value through Blockchain.

To understand how we got to this point, Hyman says it's important to take a step back.

SingularDTV started as an initial token launch of the Ethereum-based Blockchain test projects including a decentralized television show and documentary, and evolved into a new frontier of digital distribution.

Today the US- and Swiss-based company offers the entire infrastructure for artists to tokenize their intellectual property and an in-house studio, enabling entertainment industry professionals to finance, develop, produce and distribute content worldwide.

As the world’s mass adoption of mobile devices, tablets, and computers dramatically increased, digital streaming emerged as a new method of transmitting or receiving data, especially video and audio.

The success of YouTube, Amazon, Netflix, and Spotify allowed artists to connect with millions of people across the globe; however, a means of monetizing that momentum was missing. The emergence of Blockchain and digital tokens solved that problem, says Hyman.

A digital technology like Tokit gives artists a direct portal to their viewers and people who want to consume their content, allowing them to circumvent traditional gatekeepers and maintain their authenticity.

“In the past, artists have relied on traditional gatekeepers to launch themselves, which often came with the huge cost of sacrificing their vision. Artists can come to our platform and say I want to fund a music video, a short film, and offer equity participation to their audiences which empowers them to continue to produce the kind of content they and their audience desires.”

Introducing equity participation can serve as a regulator of piracy, a big issue for the entertainment industry.  If fans and audiences are invested in the success of an artist through equity investment, they are far less likely to commit piracy and may also sheriff others.

Streaming allowed audiences to select when, where and what to watch and listen to. Audiences today are far more discerning about the artists they support and are getting smarter in the way they spend their money.

“The aim for us is to be a platform that really connects the audience to their artists.  I would be thrilled to know that money I am spending will directly go to the artist and towards creating more content that I want.”

The best way to understand what the audience wants is to establish an instantaneous and direct relationship, which is exactly what Blockchain has enabled. Today’s audiences want to participate in the process, and it’s reflected in the kind of content that is emerging.

“There are less happy endings and more open endings, and subjects are left to the audiences interpretation. Less of the canned act 1,2,3, start to finish content. There are forums, discussion platforms.”

Perhaps the most significant impact of Blockchain-based technologies like Tokit is that they bring a level of transparency and efficiency to the industry which just did not exist before.

Investors can now track and assess everything at the transactional level which provides a considerable advantage compared with the past. Blockchain technology puts all moving parts into one place and simultaneously shares the information throughout the production process.

“This kind of transparency wasn’t accessible in the past. Today, investors can know exactly where the money is being spent, how it's being used and can track areas of impact in real-time.”

Blockchain enables investors to track investments and returns instantaneously and use the information to capitalize on opportunities in real-time.

“In a world where an artist’s content can be streamed in seconds, it takes six months to get a report about how much they have earned.  It takes a year to get a report on how your film is doing. We want to compress the timeline and make it immediate.”

Paving the  Road to Middle Markets

Investing in the entertainment industry has always been regarded as high-risk. For this reason, the majority of the investment is channeled either into ultra-low budget productions, or people put money behind safe big mainstream projects. Transparency reduces the risk for investors and can invigorate middle market film and music projects that are often overlooked, says Hyman.

No One Is Being Left Out

As artists and audiences connect more directly using Tokit like platforms, Hyman says that there will be even greater need for people to facilitate scaling and distribution and in the end, no one will really be left out.

“No one will be left out.  All we want to do is help everyone share information and streamline the process. If you don’t innovate technologically, you will lose, that’s why film investment has fallen."

Hyman says the response from the community has been tremendous, after SingularDTV featured its platform at the Tribeca and several other film festivals.

“Everyone is really excited. We have seen interest from talent, producers and tech folk who all want to work together to solve industry problems.”

As far as upcoming projects, Hyman says that SDTV plans to dive deeper into the Sci-Fi space and is rallying a few unnamed disruptors, which it intends to disclose soon.