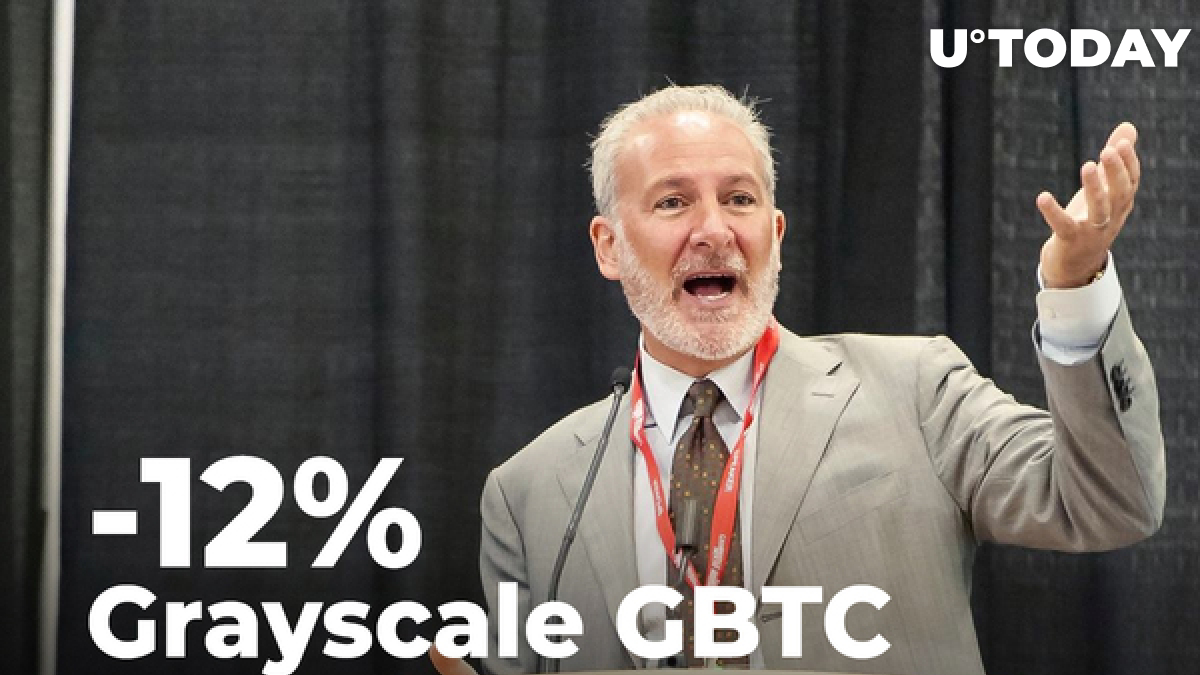 Glassnode has tweeted that Grayscale Bitcoin Trust shares, GBTC, are trading at an almost 12 percent discount.

Prominent Bitcoin hater Peter Schiff immediately commented on that, saying that investors are losing confidence in Bitcoin and could be dumping GBTC now to purchase gold.

Popular analytics company Glassnode has reported that the GBTC premium declined by 11.92 percent in March, further extending its fall from 10.60 percent the day before.

On March 3, Bitcoin traded at $46.83 per share, and GBTC cost $41.25 per share, with the price of the latter having dropped further by today.

The decline in an asset premium is considered a bearish sign by analysts.

Euro Pacific Capital CEO Peter Schiff has used this opportunity to take another jab at Bitcoin. In his tweet, Schiff stated that someone is unloading their GBTC and is desperate to do it, if "they are willing to sell at such a large discount."

Besides, he tweeted that perhaps financial institutions are trying to back off from Grayscale's GBTC as they could be losing confidence in Bitcoin and are likely to be entering gold.

Related
Here’s How Much LTC, BCH and ETC Grayscale Added to Its AUM On March 3

Grayscale is holding a staggering $39.2 billion worth of crypto

On March 3, Grayscale tweeted that its total amount of crypto assets in management was close to $40 billion.

On that same day, the company stocked up on some leading altcoins, such as Litecoin, Bitcoin Cash and Ethereum Classic. The amount of LTC bought equaled 80 percent of all Litecoin minted last month.

Prior to that, as covered by U.Today earlier this week, Grayscale purchased $35 million worth of XLM.