Urvashi Verma
eToro, one of the world’s largest crypto-trading and investment platforms, added the EOS token onto its platform Monday. 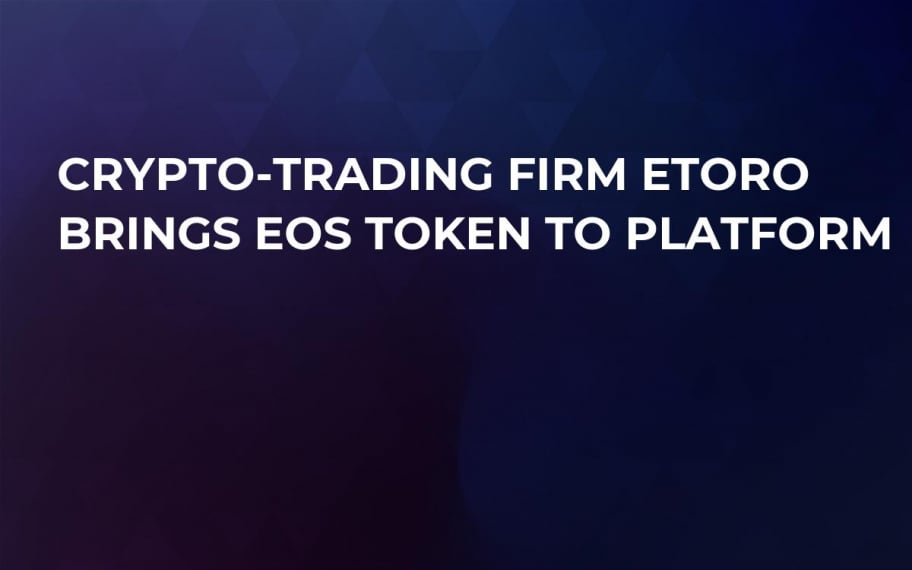 eToro, one of the world’s largest crypto-trading and investment platforms, added the EOS token to its list of assets on Monday.

The introduction of EOS on the eToro platform, which boasts more than nine million users, follows the company’s move to add cryptocurrencies NEO and Stellar earlier this year.

Investors are turning their attention to altcoins as a means of diversifying their portfolios, the company said in a statement released Monday.

"Already in 2018 we've seen attention shift away from mainstream cryptocurrencies, and their market share is increasing all the time. In our view, this trend is only set to continue.”

The EOS token is a blockchain technology that can be used to develop, host and execute commercial-scale decentralized applications (dApps). Compared with Ethereum it can perform at faster transaction speeds and is more scalable, experts say.

EOS displaced Litecoin (LTC), as it moved above $11 over the weekend, according to data from Coinmarketcap. Experts believe speculative interest may push it above $30, because it may soon serve the purpose of block production after the launch of its main network.

Last month, eToro raised $100 mln in series E funding to support its expansion into new markets, as well as continued research and development of Blockchain technology, the company reported.