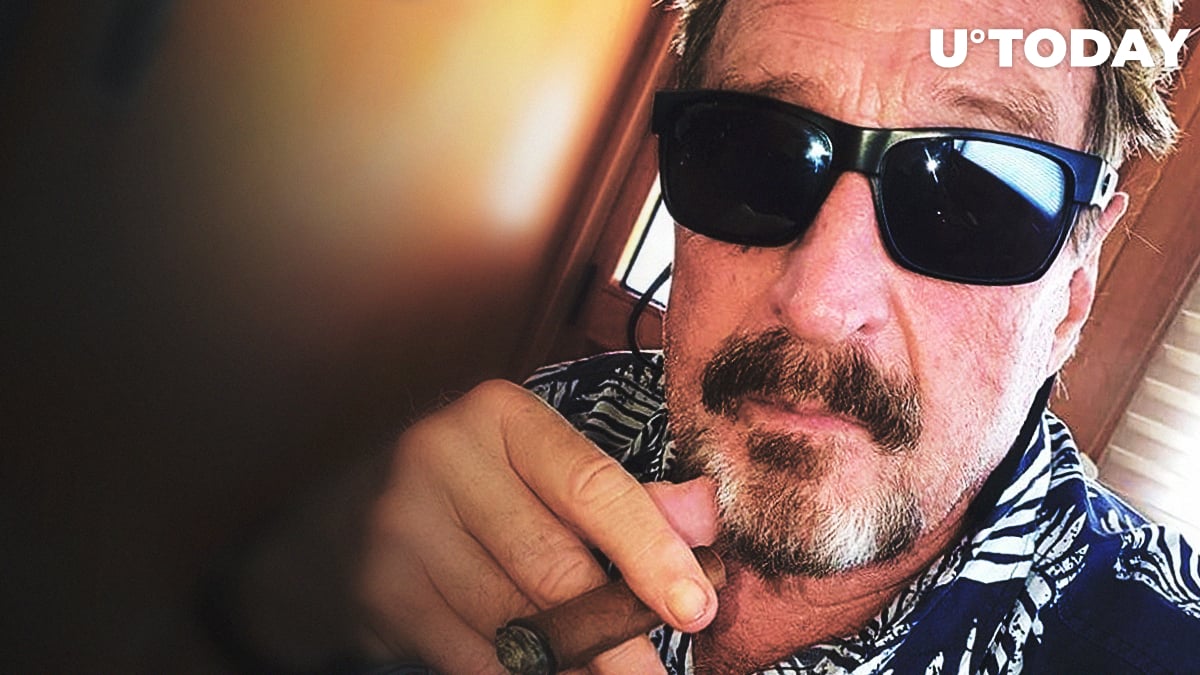 As 2020 is walking the earth, some are making joke predictions about the Bitcoin price dropping below $1,000, Tron’s TRX becoming the most important crypto this year, hackers stealing crypto from all hardware wallets and Trump starting to buy Bitcoin.

John McAfee has done something different – he has stated that the troubles that the Crypto Twitter followed as a reality show about him throughout 2019 took place because the CIA had asked him to take part in them. Besides, he says that the offer was made via the Zombie Coin team.

Anyway, thanks to those two events, John McAfee had the eyes of the community on him throughout the year.

Accepting an offer by the CIA to find myself.

Offer was made through @china_zombie who stated they were suing me.

Problem is: @china_zombie is one of my companies (I have more than I can count).

They paid me a fortune to help them find me.

‘Accepting an offer by the CIA to find myself’

The former antivirus mogul has tweeted that some events that happened to him in 2019 – the CIA going after him, in particular – happened on request from the CIA. The  Zombie Coin team ‘suing’ him for giving their project a bad name also seems to be part of this.

McAfee writes that Zombie Coin was just one of his companies of which he has ‘more than he can count’.

In spring 2019, McAfee spread the word that the IRS was after him since he had not been paying taxes for about eight years. Later, as per the man, the CIA joined it and he promised to reveal data compromising some of CIA agents.

In late August, the eccentric antivirus inventor announced on Twitter that he was hired by the Zombie Coin project to write a white paper for them. He demanded $4.5 mln for that, as well as 20 percent of Zombie Coins of the amount planned for release.

The coin’s team later on thanked McAfee for letting them participate in his ‘social experiment’ and put their website for sale at a starting price of $12. The Twitter page of the project has been inactive since November 7.

The creators of China Zombie want to thank @officialmcafee for allowing us to participate in one of his social experiments. China Zombie exists because of the experiment and we all had a blast.

This site is now for sale. Will consider any offer over $12.

The Zombie Coin team confirms it

The Zombie Coin team says that all McAfee has said in the tweet was true.

We are a McAfee company.

No such company has ever been for sale.