Crypto ATM Business is Thriving With Many Companies Getting on Board

Alex Dovbnya
Since the appearance of Bitcoin ATMs in 2013, this sector of the crypto industry keeps getting bigger and stronger, but the lack of regulations may hurt it 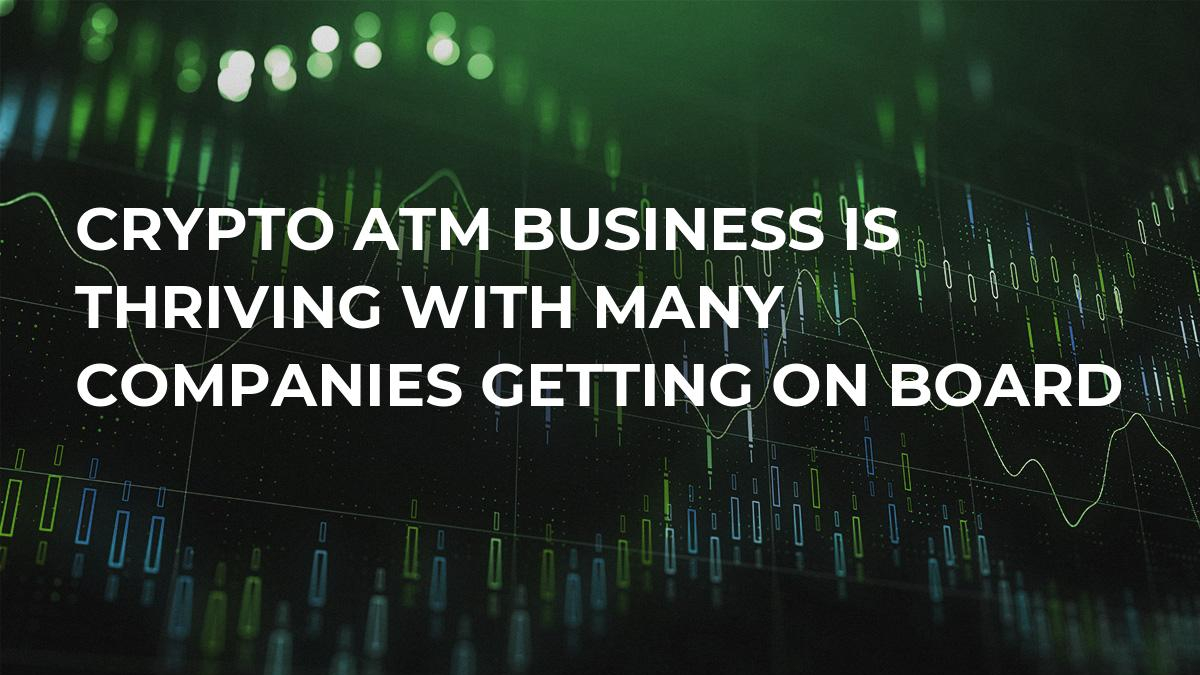 Cryptocurrency ATMs, while being ignored by many, appear to be in the middle of a bloodbath as industry giants are fighting to secure their niche on this rapidly growing market. They are commonly seen by investors as a convenient entry point into the crypto business.

The truth is, some crypto enthusiasts still view cryptocurrency ATMs as something obscure and widely expensive, but they forget that it is not 2014 anymore. Right now, there are more than 3,000 Bitcoin ATMs around the globe that can be found practically anywhere– from airports to pet shops.

CryptoComes has already reported on how this technology is exploding in US inner cities. This is largely contributed to fact that low-income people are not ‘buddy-buddy’ with the traditional banking system, so they would rather turn to anonymous transactions. Moreover, they are also attracted by the prospect of earning a huge profit because of the market’s volatility.

General Bytes (the leading Bitcoin ATM producer that has sold more than 1,700 machines) has recently installed 10 ATMs throughout the Prague subway. Meanwhile, another ATM network CoinFlip announced its partnership with Dash last month.

EasyBit’s CEO Mike Dupree states that they have to largely rely on the existing customer base that is already enthusiastic about crypto. He doesn’t rule out the possibility of expanding the list of clients beyond this conventional circle, but that would be a rather challenging feat. Dupree claims that they have to face such massive hurdles like the general public, who is overwhelmingly ignorant about Bitcoin, and the omnipresent banking system with its questionable attitude to digital assets. Nevertheless, he is also a firm believer that decentralization is the future of financial transactions.

The number of ATMs will only continue to grow due to the fact that this is a very cost-effective solution if compared to other Bitcoin business models. However, lack of regulations may hurt this market, since crypto ATMs are still not legally recognized and, consequently, government officials can easily shut them down.