Rajarshi Mitra
Blockchain and AI are two of the hottest topics in computer science, and it turns out they have quite a symbiotic relationship 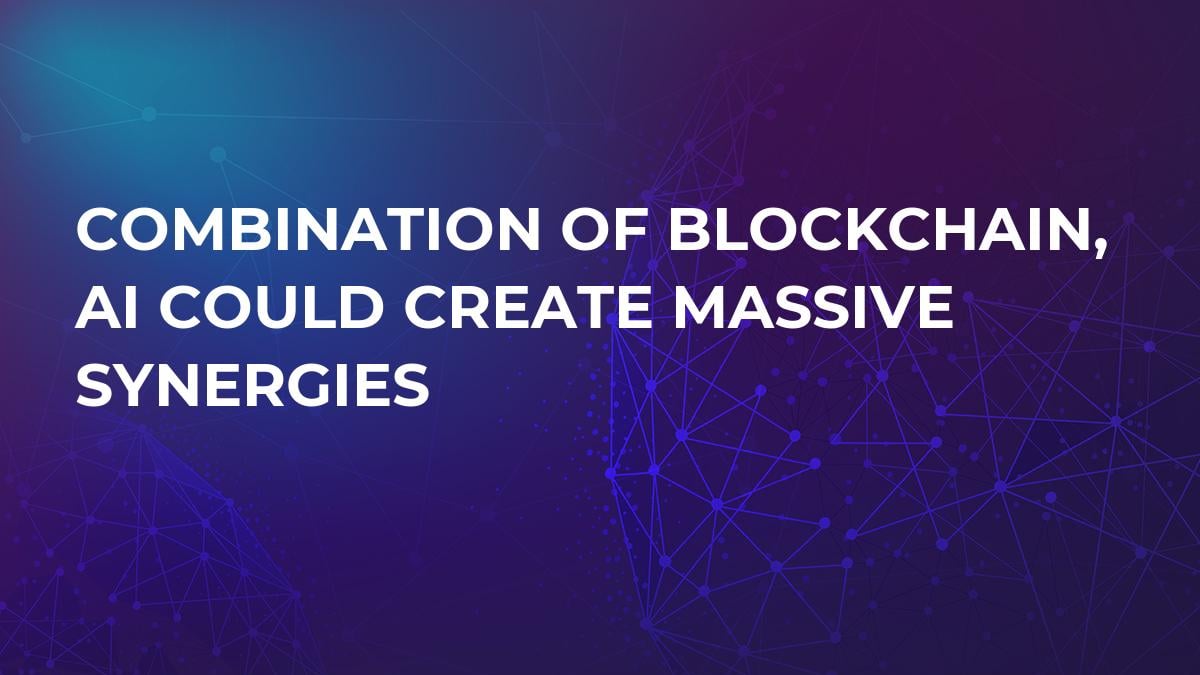 Blockchain technology and artificial intelligence are two of the most interesting and disruptive technologies out there. While they are both extremely innovative, they have their own flaws. This is why people are now bringing these two amazing technologies together to create some interesting use cases. So, before we continue, let’s understand what these technologies are.

A Blockchain is, in the simplest of terms, a time-stamped series of immutable data records that are managed by a cluster of computers not owned by any single entity. Each of these blocks of data (i.e. block) are secured and bound to each other using cryptographic principles (i.e. chain).

The main advantage of this system is obvious. There is no central authority or single point of failure, and the system is created to be as democratic as possible.

Artificial Intelligence is intelligence that is defined by machines. As Wikipedia puts it:

“AI research is defined as the study of "intelligent agents:" any device that perceives its environment and takes actions that maximize its chance of successfully achieving its goals.”

The main advantage of AI is the sheer amount of flexibility it provides. In a normal system, you need to put in each and every line of code for a machine to act in a certain manner. However, via AI, you can enable the machine to react to any changes in its perceived environment.

So, now that we have defined what both these technologies are, let’s see how they can complement each other.

First, let’s look at how AI can help solve some of the Blockchain’s problems.

Proof of Work mining is incredibly wasteful. Miners spend $400 mln worth of electricity annually on mining. If that doesn’t put things into perspective, then imagine this: Bitcoin mining consumes more power than the entire country of Portugal! While the proof-of-work system is secure, the fact remains that it is power wastage for the sake of power wastage.

Everybody knows that the biggest problem that Blockchain technology is facing is scalability, or to be more accurate, the lack of it. Bitcoin manages only seven transactions per second while Ethereum does a little better at 20.

AI can help Blockchain take scalability to another level via features like Federated Learning. Federated Learning is what Google is using to make your smartphones smarter. It is a machine learning technique that allows your phone to learn directly via your input without having to send your data to the cloud.

Since it provides immediate improvement to performance and user experience, you end up saving a lot of time. This same method can be used in Blockchain technology to propagate data without spending a lot of time waiting for individual nodes to come to a consensus.

Now, let’s look at the other side of the equation. How can AI improve its functionality via Blockchain technology?

AI is extremely hungry for big data and needs a constant flow of it. Back in 2001, Microsoft researchers Banko and Brill did an interesting study. They found out that for an algorithm, the more data you feed it, the less error-prone it will be. In fact, the error rate will fall exponentially if enough data is used. This was further highlighted in 2007 when Google researchers Halevy, Norvig and Pereira published a paper titled “The Unreasonable Effectiveness of Data.”

Fine, so if you feed your AI more data, you will make it smarter. What’s the problem here?

The problem is in storage. The storage demands of AI are extremely impractical when it is in operation. It can eat all the data that it wants but that data needs to be stored somewhere. The architecture of the Blockchain itself solves this problem. The Blockchain is decentralized and encourages its participants to engage in secure data sharing. There doesn’t need to be a centralized entity to store the data anymore.

Speaking of centralization, since AI needs a lot of big data, a corporation can simply “own” an AI by feeding it their data. Connecting an AI with the Blockchain will make sure the data is fed from a decentralized entity.

The Blockchain is a completely transparent open ledger. Anyone can look at the data inside and anyone can trace that data to its very beginning. Having access to that level of data traceability puts a lot of accountability on the participants involved. This can help in two major ways:

We have already seen some exciting implementations of Blockchain and AI. One of the most interesting products of this communion is Augur. Augur is a trustless, open-source, decentralized oracle and prediction market platform built on the Ethereum Blockchain. The Augur AI uses the “wisdom of the crowd” or the “collective intelligence” of the masses to make accurate predictions.

As we can see, the relationship between AI and Blockchain can be extremely intriguing. They seem to be capable of a truly symbiotic relationship with one entity making up for the other’s weaknesses. With platforms like Augur, we have already gotten a mere glimpse of what this collaboration is capable of. However, we have only just scratched the surface, more research definitely needs to be done. We could be on the cusp of something truly special here.