Coinbase Receives 13,003 BTC from Anonymous Whale Over Past 3 Hours

Yuri Molchan
Coinbase crypto giant has received a transfer of $408.8 million in Bitcoin from an anonymous BTC wallet for a $3.6 fee 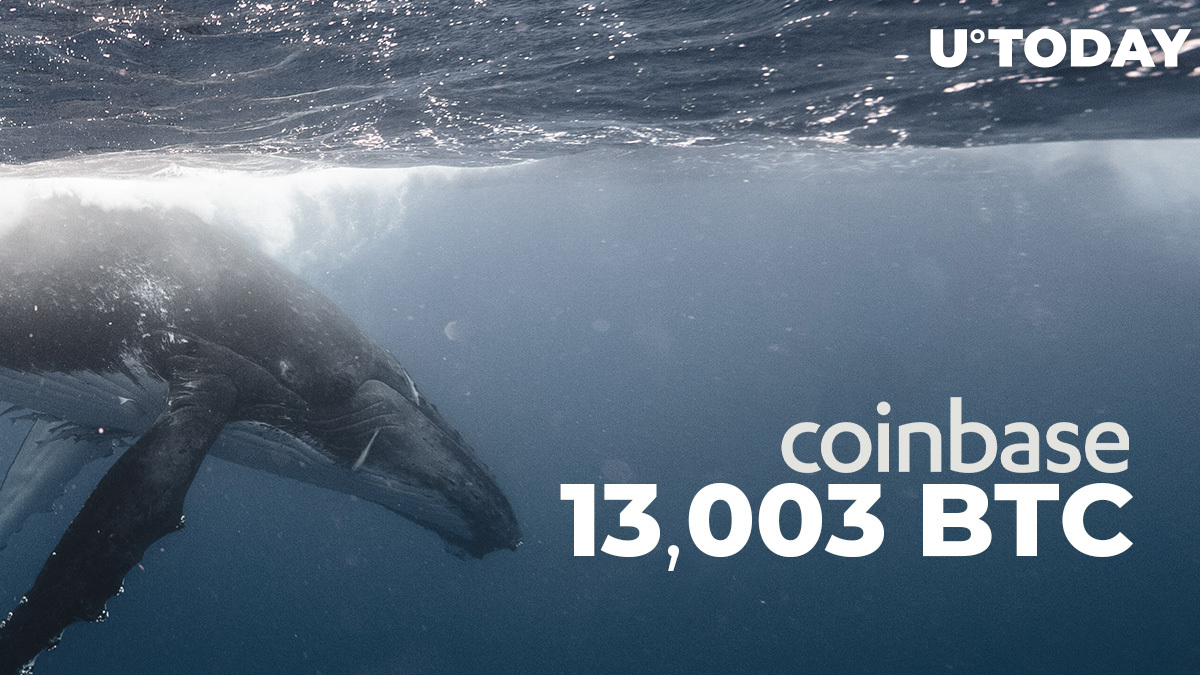 According to a recent tweet by the crypto track Whale Alert’s team, over the past three hours, an anonymous crypto whale has moved a staggering 13,003 Bitcoins to Coinbase – the largest US-based crypto trading venue and a public company that has recently made a direct listing on the Nasdaq.

The payment for the transaction has amounted to 0.00011508 BTC – a “whopping” $3.6 in fiat – a fee that no bank can offer for a money transfer, not to mention the speed that no bank can compete with.

Chinese crypto journalist Colin Wu has shared CryptoQuant charts which show that this transfer was made by Coinbase internally.

Outflow and Inflow have the same number, which should be Coinbase's internal wallet transfer. https://t.co/LOrM0vWWd4 pic.twitter.com/937nRELcTS

As reported by U.Today earlier, 14,550 BTC was made by cryptocurrency whales to Binance this week and 4,518.409 BTC from that amount was deposited in merely one hours. The CEO of CryptoQuant analytics vendor believes that the selling pressure on the largest crypto now is strong.

On Friday, the BTC price rose a little after it was announced that the Bank of America approved the trading of Bitcoin futures for some of its customers and that it would allegedly also trade BTC futures issued by CME Group.

The news was spread by CoinDesk, using anonymous sources familiar with the matter. However, no official confirmation was made by the BoA at that time.