Cardano Sees Inflow of New Whales Since March – They Hold up to 12 Million ADA: Report

Yuri Molchan
Recently shared chart shows that amount of whales on Cardano has surged 1.7% this month 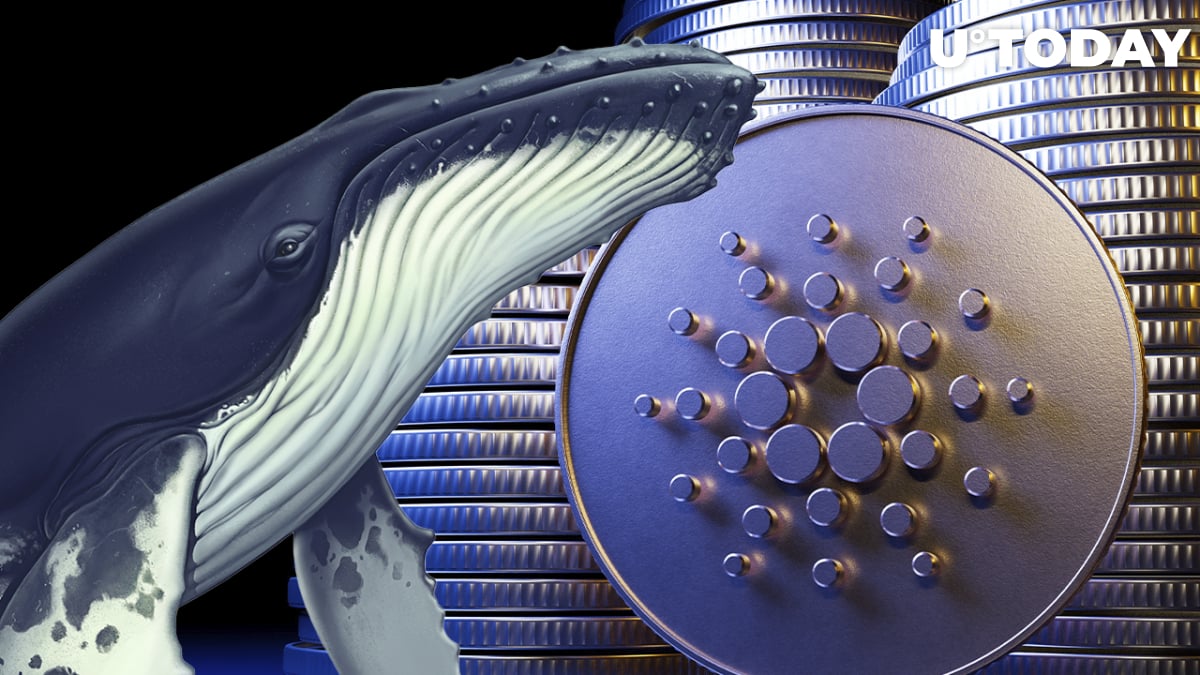 As per a chart provided by Santiment on-chain data aggregator, Cardano network has witnessed an inflow of large investors (known as whales). The increase of whale addresses has constituted 1.7% since March 21.

Whales are stocking up on ADA

According to the tweet shared by Ali Martinez with the Santiment chart, over the past nine days, approximately 42 new wallets have emerged on Cardano. These addresses are holding between 1 million and 10 million ADA coins. In fiat, that is between $1.2 million and $12 million.

The chart shows that a massive drop in the whale address number was seen in February this year, when ADA traded in the $0.9 zone.

Now, the curve of these wallets' inflows has gone sharply upward, while ADA is exchanging hands at $1.20, showing a weekly rise of 23.10%.

The uptick may seem insignificant at first glance, but these whales hold between $1.2 million and $12 million in #ADA. pic.twitter.com/ELUsppKhCl

On March 29, IntoTheBlock shared that Cardano chain had experienced greater demand from financial institutions than usual.

The volume of on-chain ADA transfers carrying more than $100,000 worth of ADA has seen a 50x rise this year so far. On March 28, a cumulative 69.09 billion ADA coins were transferred as part of those transactions, and those fund movements marked 99% of the overall ADA volume moved on-chain.

This increase of demand on the Cardano network was most likely caused by the overall expansion of the network and the fact that the amount of total value locked on it has surpassed $300 billion in ADA.

Meanwhile, the market capitalization of the coin has exceeded $40 billion, and the price has hit a two-month high.