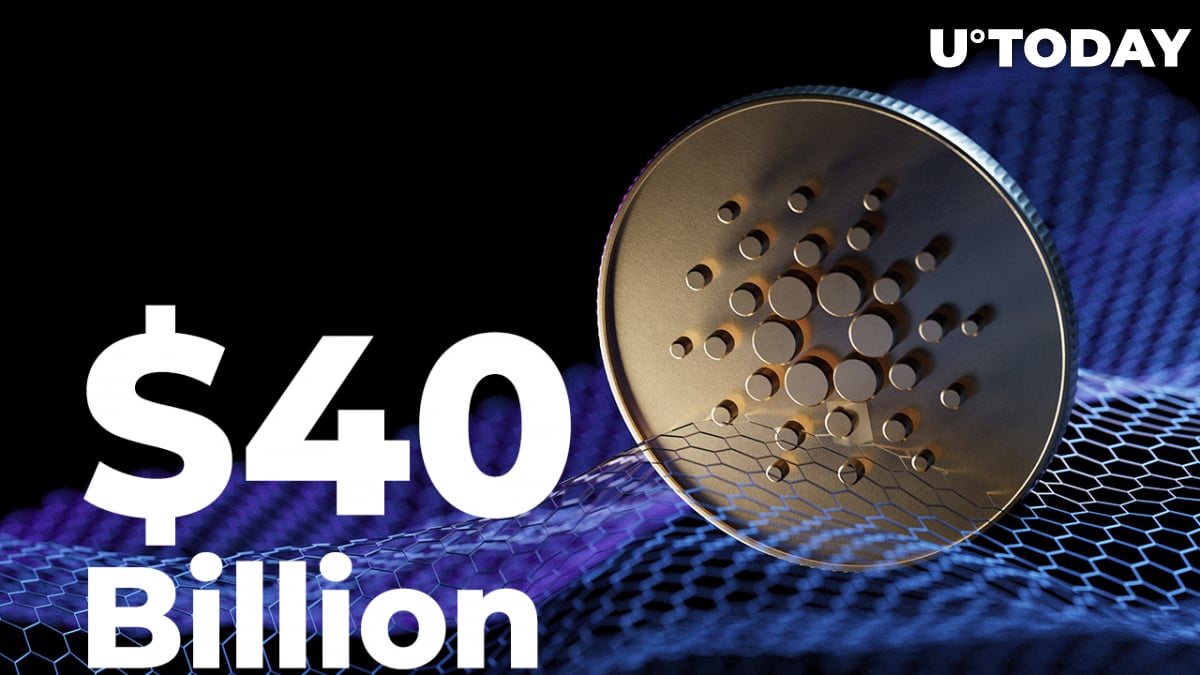 Cardano (ADA) enters seventh place as one of the biggest blockchains in the world with more than $40 billion in total market capitalization. The increase was followed by both market and fundamental growth of a project that recently celebrated $300 million in TVL.

Why did ADA's market cap spike?

The main reason behind such a swift increase in capitalization is tied to the growth of the network from both a market and fundamental perspective. The capitalization of the project correlates with the price of the underlying ADA token—the price of which has recently reached $1.2.

The price increase could not have been possible without a growing number of various decentralized solutions powered by Cardano. Previously, U.Today described two solutions that users would be able to see in this year: decentralized peer-to-peer lending and borrowing and an interoperable Layer 2.

Why did the TVL of Cardano show a 350% increase in March?

The main reason behind such an increase is tied to at least two factors: release of new DeFi platforms like Minswap and the general recovery of the DeFi industry that lost some of its popularity back in December-January.

Inflows into the DeFi industry indicate that the market's demand for risk-on assets increased once again, and investors are more actively redistributing their portfolios, exposing themselves to riskier options like high-APY stablecoins.