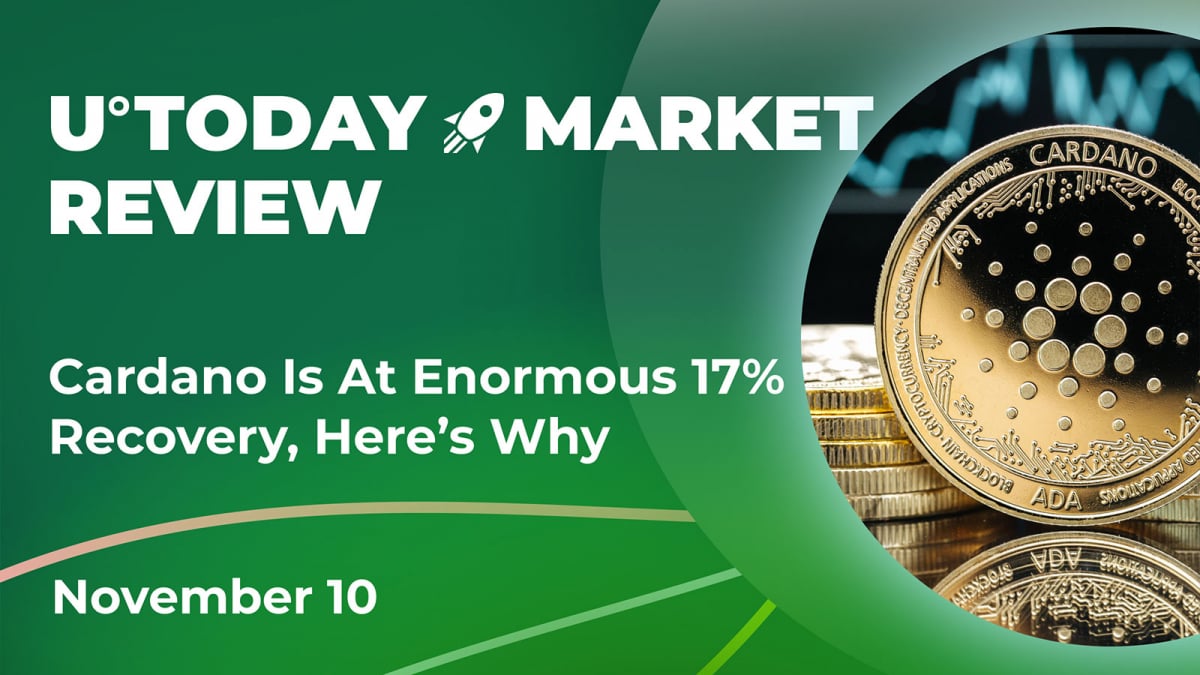 As the dust from the FTX drama begins to settle, the price performance of most assets normalized, and some cryptocurrencies are currently in the process of a reversal. Cardano and Ethereum are among the best performers in the last 24 hours.

In the last 24 hours, Cardano is showing a strong 9% reversal following the stabilization of the cryptocurrency market after the panic among investors turned into regular fear. Additionally, Cardano avoided the panic sale and has "only" tanked by 14%, which should not be considered too much compared to assets like Solana.

However, the most interesting part of the correction on ADA is the Relative Strength Index divergence that hints at the upcoming reversal rally and momentum increase. The signal is usually considered one of the strongest signs of an upcoming reversal from a technical standpoint.

In one of his most recent tweets, Charles Hoskinson supported the drastic difference between Cardano and assets like FTT and why it will always be financially stable, without causing a devastating situation like that the community has absorbed in the last two days.

As we mentioned in our previous market review, the FTX catastrophe might be far from a logical conclusion, and the most recent SOL staking unlock is a confirmation of this thesis. However, assets like Cardano should avoid any critical spikes in selling pressure or panic among investors.

At the beginning of November, Ethereum's price performance was unusually depressed, with the price of the second biggest cryptocurrency on the market reaching new lows for almost no reason, while the other part of the market has been successfully moving up or consolidating.

The existing selling pressure pushed the Relative Strength Index to a four-month low after the price of Ether faced a strong decline and reached the $1,100 threshold amid the FTT catastrophe. Right now, Ether is going through a mild recovery, with a 7.6% price increase in the last 24 hours.

Regardless of the fact that almost every major asset on the market is going through a recovery on Nov. 10, Tron is not one of them, and the reason is Justin Sun's desire to help FTX users who are now able to "leave" the exchange by buying TRX.

Such an unexpected offering caused a price surge of TRX on FTX. The token's price gained an enormous premium against the same trading pair on Binance, causing issues for market makers who operate on numerous exchanges. To balance the situation out, market makers started selling TRX on available trading platforms, causing a negative price performance for the asset.

Additionally, Tron-backed stablecoin coin USDD has a problem with maintaining the $1 peg and currently trades around $0.98. Technically, the stablecoin should not have any problem with recovering the $1 price and will most likely do so after Tron deploys more capital to maintain the stability of USDD.