Cardano Founder Believes This Could Have Saved Ripple from SEC's Lawsuit

Yuri Molchan
In debate with Ripple CTO, Charles Hoskinson shared what he thinks could have helped Ripple avoid SEC lawsuit 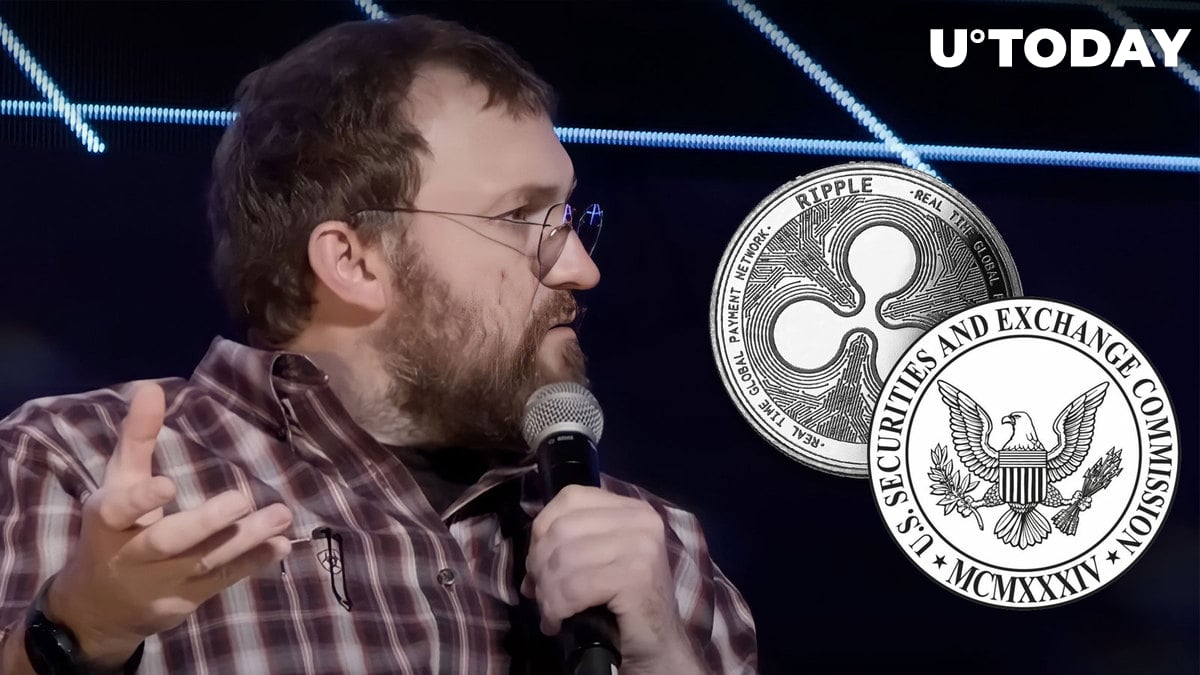 Co-founder of Ethereum and creator of IOG and Cardano Charles Hoskinson has gotten himself engaged in a large-scale debate with Ripple's chief technology officer on Twitter.

In the course of this debate, Hoskinson shared with David Schwartz and John Deaton why the SEC took Ripple and XRP to court but declared Ethereum and Bitcoin to be nonsecurities before that.

The conversation started between founder of CryptoLaw John Deaton and Charles Hoskinson regarding the SEC's case against Ripple.

Deaton was sharing his thoughts on crypto regulation that has been implemented in other parts of the world, in countries such as Japan and Switzerland but not the U.S. He then shared his suspicions about Gary Gensler meeting with Sam Bankman-Fried of the bankrupt FTX exchange. Deaton was curious why it was SBF whom the SEC chairman chose to meet and not Coinbase CEO Brian Armstrong or Jesse Powell of Kraken — both are U.S.-based platforms.

Gensler and SBF's Zoom meeting took place in late March, more than half a year before the collapse and bankruptcy of FTX, according to a Fox Business article.

Anonymous sources close to the matter told Fox Business that Gensler and the former billionaire SBF were discussing the possibility of creating a crypto trading platform fully approved by the SEC.

This, if true, was taking place while the securities regulator was going at the crypto space heavily by continuing its long-running lawsuit against Ripple Labs and threatening to sue Coinbase for its plans to roll out a crypto lending service earlier this year.

Here's why SEC did not touch ETH, per Hoskinson

Charles Hoskinson stepped into the tweet thread when Deaton stated that Hoskinson should have spoken to Gensler before SBF. The Cardano founder responded that he did speak in front of Congress in 2022 already and has "engaged with regulators extensively" overall.

He then denied the idea that Ethereum co-founder Joe Lubin bribed the SEC to start attacking Ripple. Hoskinson believes that Ethereum, which along with Bitcoin has been marked as a nonsecurity asset by the SEC, has "zero material impact on the ripple litigation."

He believes that Ethereum got a "regulatory free pass" because by the time the SEC started looking into the matter, a large ecosystem of dApps was already built on ETH and lots of billionaires with political capital were invested in it, as well as many VCs. Besides, Ethereum then ran on proof of work, similarly to Bitcoin.

They adopted the position because by the time they could intervene, ethereum had a huge ecosystem of dapps, many VCs, tons of billionaires with political capital, and ran proof of work, which bitcoin got a pass on

This could have saved Ripple from SEC: Cardano founder

Charles Hoskinson believes that if Ripple had created its own dApp ecosystem, the SEC perhaps would not have attacked it. This is what he told Deaton and Ripple CTO David Schwartz:

Had you guys followed codius through to its logical conclusion and built a dapp ecosystem, xrp would have gotten a pass. This wasn't bribery. It's reality. Regulators pick the path of least resistance.