Alex Dovbnya
Cardano could be the real dark horse in the cryptocurrency industry, according to Weiss Crypto Ratings 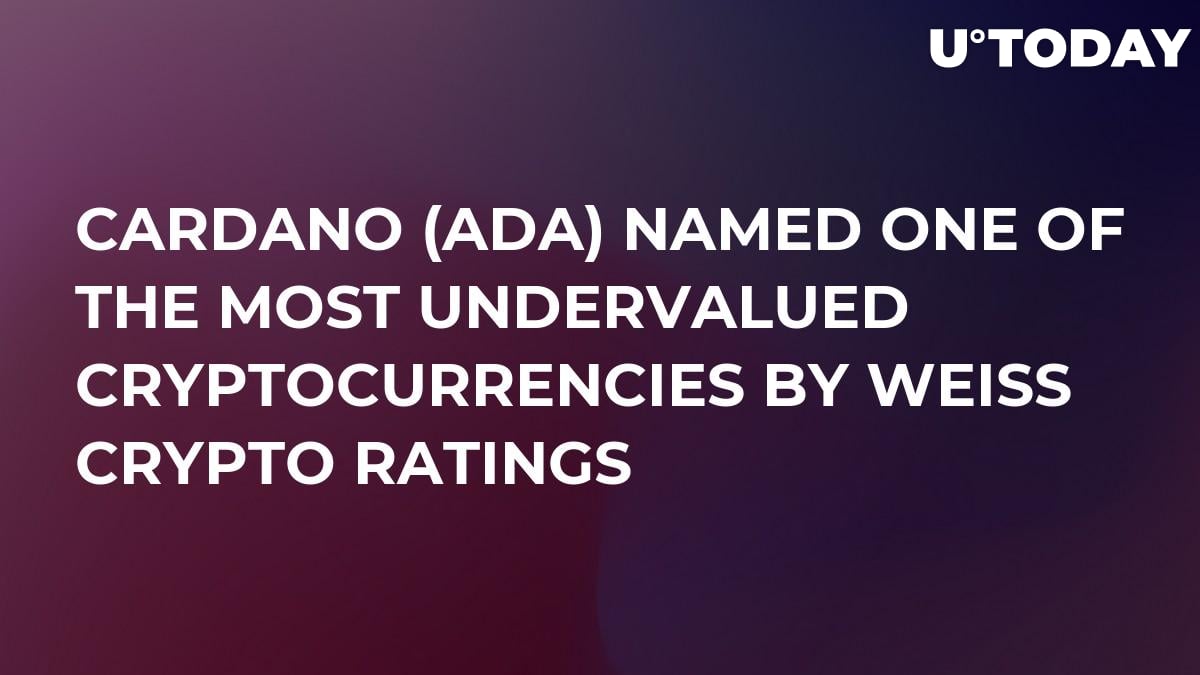 Weiss Crypto Ratings, a crypto division of the eponymous financial ratings company, recently put Cardano (ADA) in the spotlight by naming it one of the most "deeply undervalued" digital assets. It states that the price of ADA doesn't reflect the project's project's fundamentals, but the agency failed to elaborate on the rationale behind the bullish call.

"Cardano is easily one of the most deeply undervalued #crypto assets on the market. Its price doesn't reflect its fundamentals. #cryptocurrency #ADA #altcoins #Cardano

A soft spot for Cardano

Back in November, Weiss concluded that Cardano was "vastly superior" to EOS. The latter fell out of the agency's good graces due to its centralized governance model.

Weiss also praised Cardano for thoroughly researching and testing new features before they get rolled out.

ADA received a B+ for technology and adoption while its risk-reward mark is only E+. According to Weiss, the project's technology is excellent but its price performance is very weak.

After numerous tedious delays, Cardano is finally moving forward with the Shelley era to implement its vision of a decentralized public blockchain.

Cardano-focused research and development company IOHK revealed that they had managed to onboard 120 staking pools on the first day.