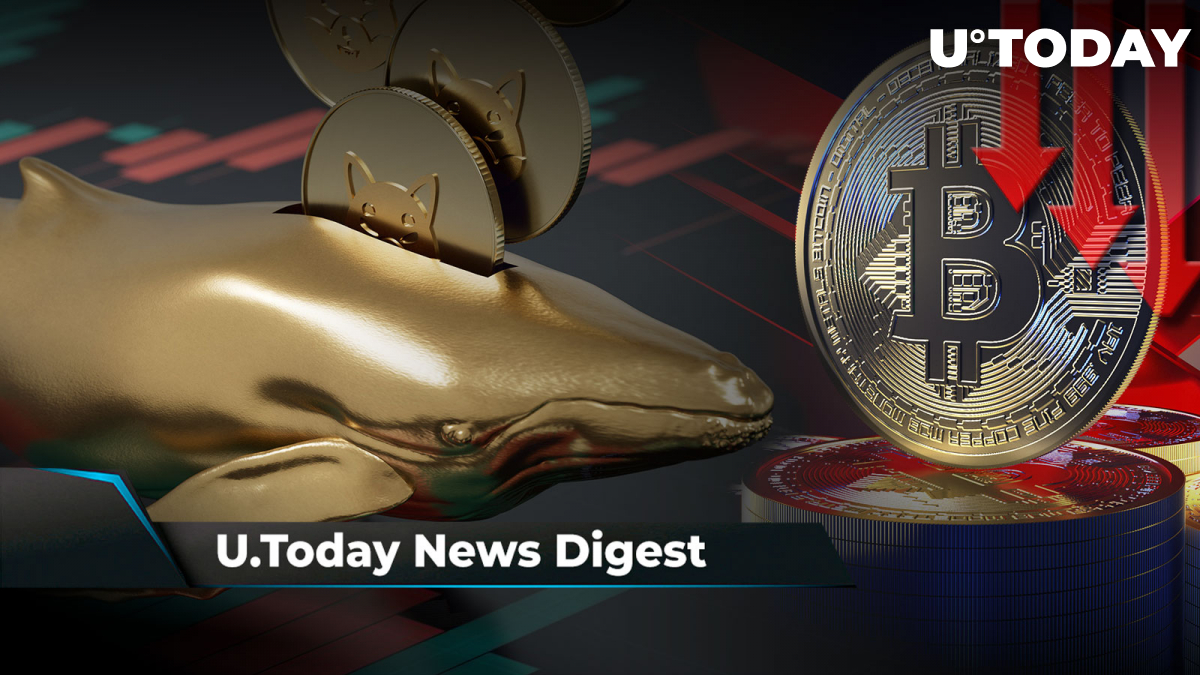 Yesterday, the biggest cryptocurrency on the market, Bitcoin, suddenly plunged to $19,020, its lowest level since July 13. This comes after BTC got stuck in its narrowest trading range in two years. Such periods of anemic trading are typically followed by extreme volatility. Meanwhile, the king crypto seems to be aiming to the price level predicted by T3 Trading Group's Scott Redler, who believes that BTC will plunge to $10,000 if bears manage to push it below the pivotal $17,600 support level. At the moment of publication, Bitcoin is trading at $18,860, down 4.6% over the past 24 hours, per CoinMarketCap.

Here's who is buying LUNC instead of SHIB and why, David Gokhshtein explains

In a recent tweet, David Gokhshtein, renown crypto influencer and enthusiast, wrote that not only is his beloved Shiba Inu meme coin trending now, but so is LUNC, Terra blockchain’s token revived after LUNA’s crash. In response to a comment by a Twitter user wondering who is buying LUNC, Gokhshtein wrote that the coin in question is bought mainly by gamblers to make a quick buck. Previously, Gokhshtein asked the community to stop tagging him on Twitter about LUNC. According to the founder of Gokhshtein Media, "There is nothing behind the project, it's a lottery ticket." He then compared LUNC to playing a musical chairs game, except in the case of the token, the loser is not the one who is left without a chair, but the one holding a bag of tokens.

According to WhaleStats data, yesterday, the 1,000 biggest Ethereum whales acquired an eye-popping 475 billion SHIB tokens. This amount constitutes $6 million in fiat equivalent. Such buying activity among large market participants might be tied to the upcoming Ethereum Merge, as some in the SHIB army believe that the event may positively affect the Dogecoin competitor. In particular, Twitter user Lucie Sasinkova has tweeted that since SHIB runs on Ethereum, the canine coin will get faster transfers and lower fees, which could become the basis for the mass adoption of SHIB.

As many crypto enthusiasts know, Sept. 13 is a special day for the industry as, on this day, the long-awaited Merge update will take place. But that is not the only event that makes this day stand out. Sept. 13 will also be the day when consumer price index data will be released in the public space. This will help investors better understand what is happening with inflation in the country at the moment. The last two times this happened, inflation data caused a massive spike in volatility on the market. The first time the released number was far above expectations, while July's data brought a pleasant surprise to investors with tamed inflation.