Denys Serhiichuk
Have the meme coins found their support levels so far? 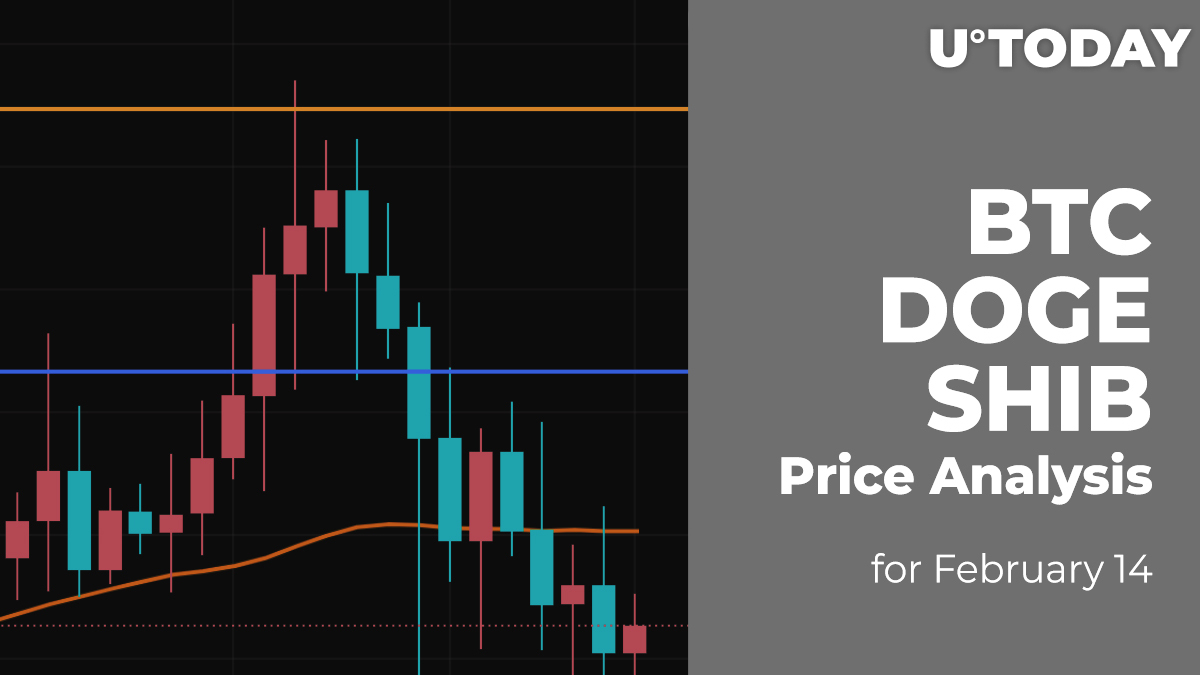 The new week has started with neutral sentiment in the market as some coins are trading in the green zone while others remain in the red.

Over the weekend, buyers tried to push the price of Bitcoin (BTC) back above the two-hour EMA55 but could not overcome the resistance of the average price level.

If the POC line does not hold the price during short-term consolidation, then the decline can continue to the psychological level of $40,000. If bulls find support, then they may try to gain a foothold above the EMA55 moving average again.

DOGE is the main loser today, falling by more than 5% since yesterday.

Despite the fall, the price of the meme coin is located close to the resistance level at $0.1506. Thus, the buying trading volume is going up, confirming the bulls' power.

If the daily candle fixes around the $0.15 area, there is a high chance of seeing the breakout within the next few days.

SHIB is outperforming DOGE, however, it is also under the bears' pressure, going down by 4%.

Despite the fall, SHIB keeps trading in the channel between the zone of the most liquidity, which serves as the resistance, and the support at $0.00002537. If buyers can seize the initiative and get the rate to the mark of $0.000031, the price can break the resistance and go to $0.000040 until the end of the week.