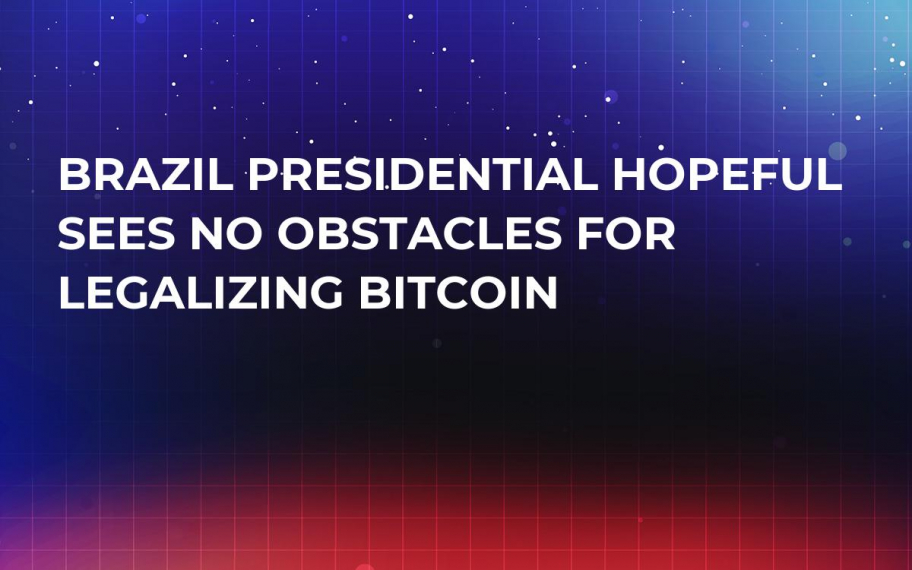 Ahead of the Brazilian general election in October, a presidential candidate João Amoêdo panders to the local crypto community by promising to legalize Bitcoin. While Amoêdo has relatively slim chances to win, the fact that a high-ranking politician actually supports such financial innovations is undoubtedly a good indication for Brazilian crypto enthusiasts.

Exploring the versatility of Blockchain

João Amoêdo, who leads the New Party (the Partido NOVO) since 2015, shared his thoughts about the benefits of implementing Blockchain-based projects with one of the local media outlets a few days ago. Being an economist himself, he is a firm believer that the newfangled technology will have a positive impact on the country’s administrative sector by increasing its efficiency and curbing out the omnipresent corruption. Amoêdo also claims that the Blockchain could be utilized in numerous other spheres, including real estate, electronic voting and even ecology.

Speaking of cryptocurrencies, Amoêdo is certain that Bitcoin can be used as a legal means of payment. He dismisses the idea that Blockchain-based digital assets threaten the banking sector, saying that it simply creates an alternative on the market.

In the biggest South American country, the status of cryptocurrencies still remains in limbo due to constant pressure from traditional banking institutions. Brazilian officials prohibited the country’s investment funds to purchase digital currencies in January issuing a ruling that Bitcoin cannot be considered a financial asset. With cryptocurrencies becoming a presidential campaign issue, there is a shimmer of hope for common-sense regulations.