Blockbank: First Fully-Regulated Blockchain Bank That Strives to Offer  Affordable Loans to Everyone 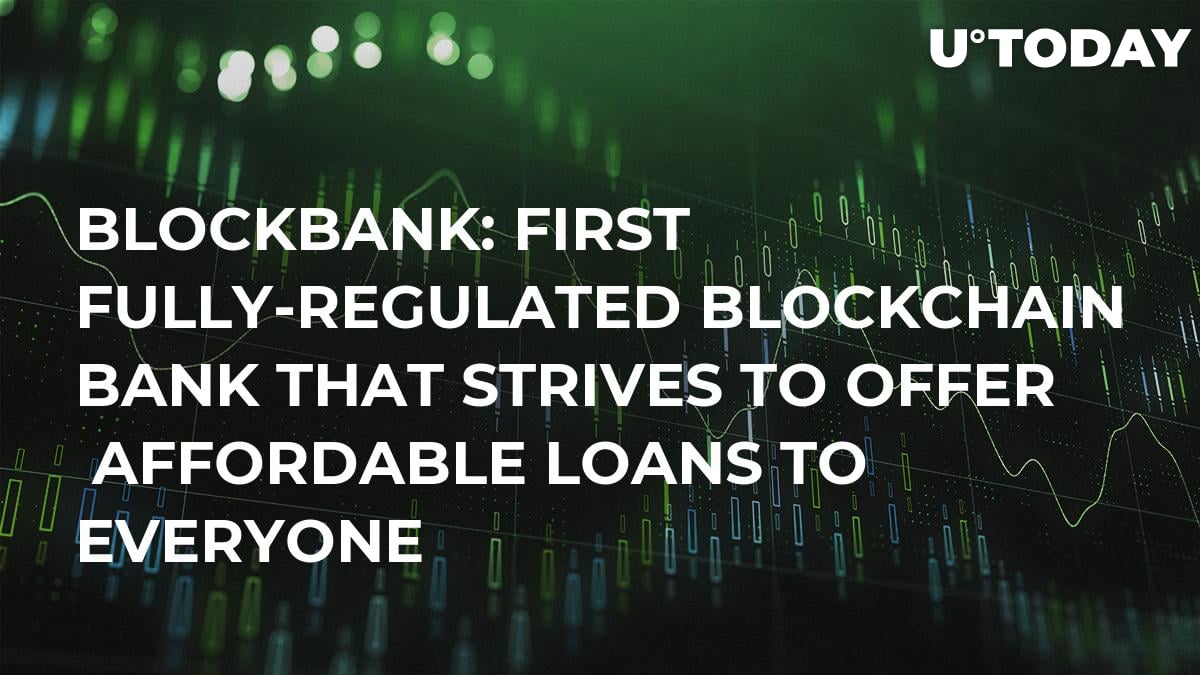 The traditional banking sector is rather conservative with regard to new technologies, and that leads to such issues as an overwhelming amount of paperwork, high fees, and tedious registration procedures. As of now, banks and crypto are the two rivaling industries, but why can’t we have both? Yes, centralization is not something that crypto enthusiasts are looking for, but Blockbank, the first Blockchain-powered bank, might be a solution.

Since there are already thousands of Blockchain-powered fintech projects, the obvious question is whether Blockbank brings anything new to the table. We get, Blockbank ensures transparency and low transaction fees, but are there any technologies that haven’t been implemented by other popular cryptocurrencies?

In fact, Blockbank shouldn’t be compared to other cryptocurrency projects because it is still a centralized authority. Treat it as your ordinary bank, but the one that tackles all the difficulties of a modern banking system. Blockbank offers its customers a unique decentralized funding platform. By cutting out an intermediary, Blockbank is poised to shake the global banking industry to the core.

First of all, lower-cost funding is crucial for the majority of developing countries around the globe with astronomical lending rates. Blockbank will make affordable loans a reality even in those countries where the banking system is completely absent. Irrespective of their location, Blockbank clients can take advantage of low-interest rates and low taxes.

Another prominent feature of Blockbank is its full regulatory compliance. The company has already acquired licenses, including International Banking License, for conducting banking operations. Hence, it Blockbank is marketed as the first commercial bank based on Blockchain technology.

The coin offering, which has been running since July 20, has already raised more than $12 mln. It is expected that a total amount of two mln BBRT tokens will be issued. All the unsold tokens will be used for funding the company’s future projects. It is worth mentioning that the company is offering its token holders a lion’s share of its profit (up to 80 percent).

BBRT is an Ethereum-based token that gives its holders the right to vote, receive bonuses and get funding access. The price of each token is set at $0.2. Since the company wants to capitalize on its security compliance, all investors who would like to purchase this token have to fall in line with KYC requirements.

The Blockbank ICO is scheduled to last up to Oct. 29.

Blockbank ICO picks up steam with a big-name partner

Blockbank ICO is currently underway. On Sept. 12, the London-based Blockchain bank has made an official announcement about purchasing a stake in Spire Bank, one of the leading commercial banks in Kenya that operates since 1995 and has around 350,000 customers.

This much-talked-about partnership will serve as a catalyst for the integration of traditional banking services into crypto-related businesses Since Blockbank places a huge emphasis on affordable lending, Spike Bank is going to utilize Blockbanks’ DDAMS smart contract system to provide affordable funding solutions for international for its clients.

Back in March, Blockbank already started its expansion into the African market by opening the first office in Nairobi (Kenya). Blockbank’s chief executive Adam Cuffe earlier stated that Kenya is a perfect stepping stone for entering Africa due to its relatively high level of technological development (mobile penetration in the region reaches almost 90 percent).

Blockbank has also come up with an affiliate program for expanding its global reach. Affiliates are supposed to look for potential customers that would be interested in Blockbank payment solutions. In exchange for attracting new clients, affiliates are rewarded with 30 percent of the fee when each loan is successfully secured.