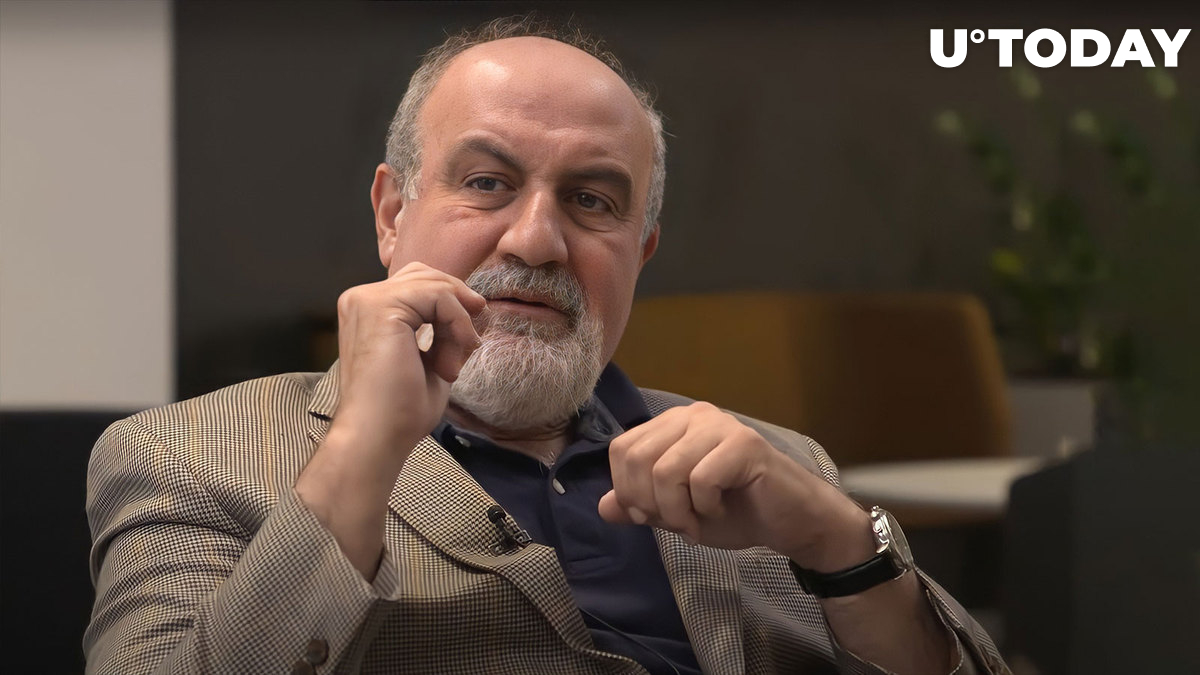 Modern philosopher, former option trader, risk analyst and author of "Black Swan," "Antifragile" and other best-selling books Nassim Taleb has slammed the leaders of the blockchain industry and is gloating over the current crash of the cryptocurrency market.

"I'm optimistic the world will not be run by cryptocrats"

Taleb took to Twitter to pour another portion of scorn onto the crypto industry and its leaders, whom he is calling cryptocrats.

He has also sort of expressed optimism about the current collapse of the crypto market, posting a tweet under a title "CRYPTOCRASH." In it, he shared his optimism because he believes that "the world will not be run by cadaverous pencilneck cryptocrats out of a 1964 black & white Dracula movie."

He also tweeted that the so-called cryptocrats combine their "computational skills w/the mental flexibility of NY Dept of Motor Vehicles agents & the common sense of a caffeinated parrot."

CRYPTOCRASH
I am optimistic that the world will not be run by cadaverous pencilneck cryptocrats out of a 1964 black & white Dracula movie*.

Going further than that, he has likened crypto leaders to funeral home directors dressed in ill-fitting pajamas.

When a Twitter user posted a photo of Vitalik Buterin making an appearance at the ETHDenver event in February 2022, wearing pajamas, Taleb stated that he "officially" denies that he was referring to any specific person in the crypto space.

3) I *officially* deny that I am rederring to a precise person... https://t.co/VnTV2M4yDs

Related
$250,000 per Bitcoin? Tim Draper Explains Why He Still Stands by His Bullish Prediction

Nassim Taleb has come a long way from supporting Bitcoin and cryptocurrencies overall to being a vocal hater of crypto.

Back in 2019, he praised Bitcoin, when banks shut down in Lebanon (Taleb's home country) after mass protests that were called a "WhatsApp Revolution." The government wanted to tax users' calls made via WhatsApp and other messaging apps. Back then, he said that banks failing to be there when you need them is the best use case for crypto.

Then in 2021, after the flagship cryptocurrency reached a historic peak close to the $69,000 level, the scholar began to slam BTC and again gloated over the crash of the market that happened a year ago.

Recently, in September, he referred to Bitcoin as a "tumor" that occurred because of the "Disneyland economy" over the past 15 years, when the Fed was cutting interest rates. He also regretted in public that he did not short Bitcoin.