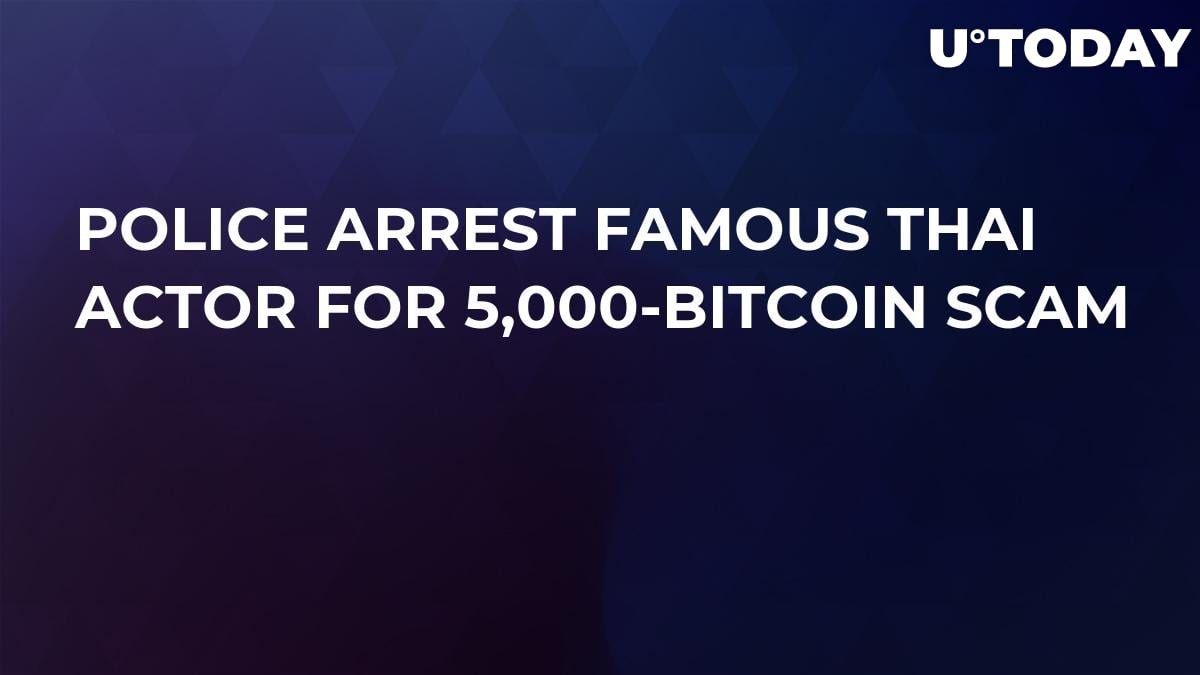 On Aug. 9, the police arrested a young Thai actor Jiratpisit Jiravijit in the middle of a film shoot. The arrest followed a half-year-long investigation related to a money-laundering fraud involving Bitcoin.

In summer 2017, Jiravijit with several other people conned a Finnish investor Aarni Otava Saarimaa into investing a big amount of digital money into shares of various companies in return for future dividends.

The companies they talked the Finnish guy into, supposedly invested in the virtual currency project named Dragon Coin. This platform promises investors and the crypto community to blend Blockchain with the sphere of entertainment.

The Finnish man, Saarimaa, sent them over 5,500 Bitcoins (that is $24 mln) for the fraudsters to invest. However, he began to feel doubts when he was never asked to attend any meetings for shareholders. Naturally, he did not get the dividends he was promised.

All his questions regarding any news or updates on the issue were left without answers.

The frustrated investor turned to the Royal Thai Police in late January this year to get an investigation started.

The police along with the Technology Crime Suppression Division found out that the fraudsters turned the Bitcoins they received into fiat money, shared it and put on their bank accounts

End of the criminal movie

Jiratpisit Jiravijit was arrested right during the shoot of another movie. He is charged with money-laundering. The other members of his fraud team, including his brother and sister, are still wanted by the police.

Seems like actors not only in Thai are vulnerable to stealing other people’s money based on crypto fraud schemes. Earlier CryptoComes.com reported about the arrest of a Bollywood star’s husband for taking part in a crypto mining fraud. The man took part in a Ponzi Scheme and has been collaborating with the local police, reporting on his crime partners.