Arman Shirinyan
As analyst suggests, cryptocurrency market may fall even deeper over weekend, as traders look for ways of de-risking portfolios 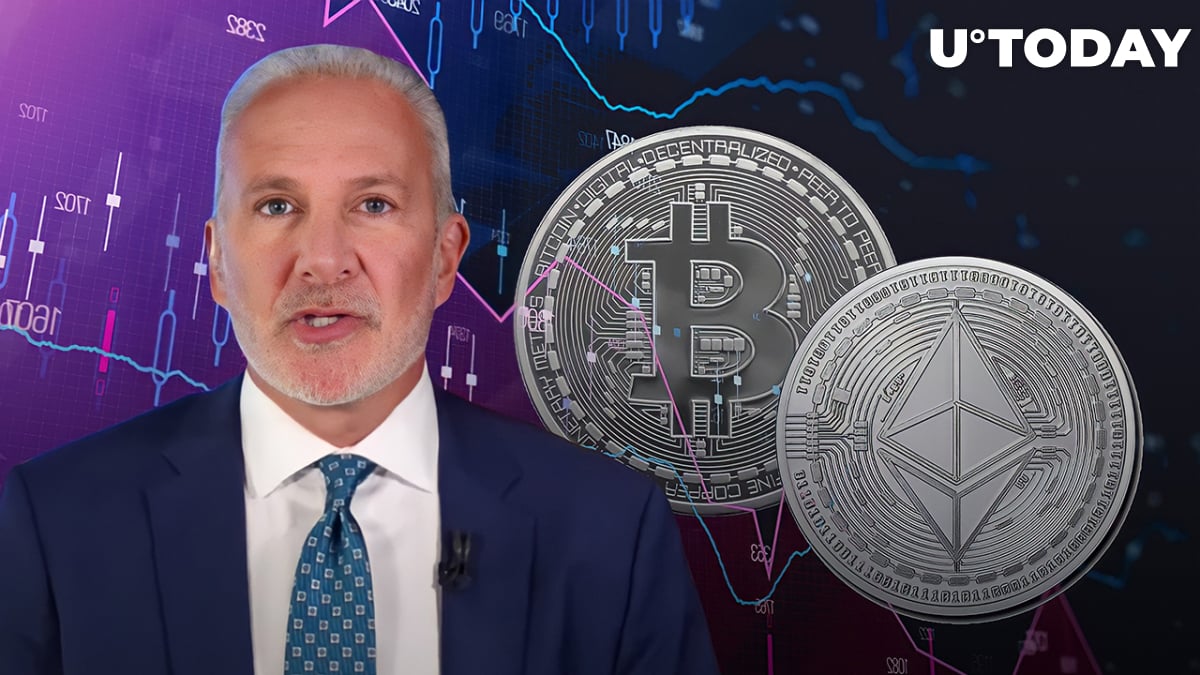 One of the most famous Bitcoin and crypto critics, gold advocate, economist and fund manager Peter Schiff gave his new targets for Bitcoin and Etherum for this weekend, predicting a massive plunge to critical prices and recommending avoiding the "buy the dip" strategy.

Schiff's prediction was based on the most recent sell-off on the cryptocurrency market, with Bitcoin dropping to $27,500 and falling off the consolidation range formed since the beginning of May.

This could be a rough weekend for #crypto. #Bitcoin looks poised to crash to $20K and #Ethereum to $1K. If so, the entire market cap of nearly 20K digital tokens would sink below $800 billion, from nearly $3 trillion at its peak. Don't buy this dip. You'll lose a lot more money.

The correction on the market was fueled by the unexpected inflation numbers, exceeding expectations of both traditional and cryptocurrency markets. Since Bitcoin and other cryptocurrencies are mostly following the tendencies of risk-on assets, the market had no other choice but to redistribute their funds toward safer options, leaving digital assets aside.

Inflation hedges like gold went the opposite way by rallying by more than 2.5%, which, considering gold's average volatility as a significant move, especially after facing a 1% loss.

Ads
Ads
Related
Ethereum (ETH) Plunges to $1,400 with No Relief in Sight

But while Bitcoin and the market in general are losing inflows, Ethereum has its own problems during the 11% plunge. Following the depegging of the stETH and ETH pair on Celcius, the lending and borrowing market may face serious issues if ETH falls below $1,150, as it will launch a massive cascade of liquidations on the market.

The "crypto gold" developed by Paxos Global is leading the cryptocurrency market while trading with a 1% premium to gold CFDs. The difference between the price of two assets is caused by increased demand incoming from cryptocurrency traders that are willing to hedge against inflation and the sell-off on the market.