Dmitry Cake
Tension grows as Bitcoin tests critical resistance level. The bulls seem to squander their strength. Or are they just playing games? 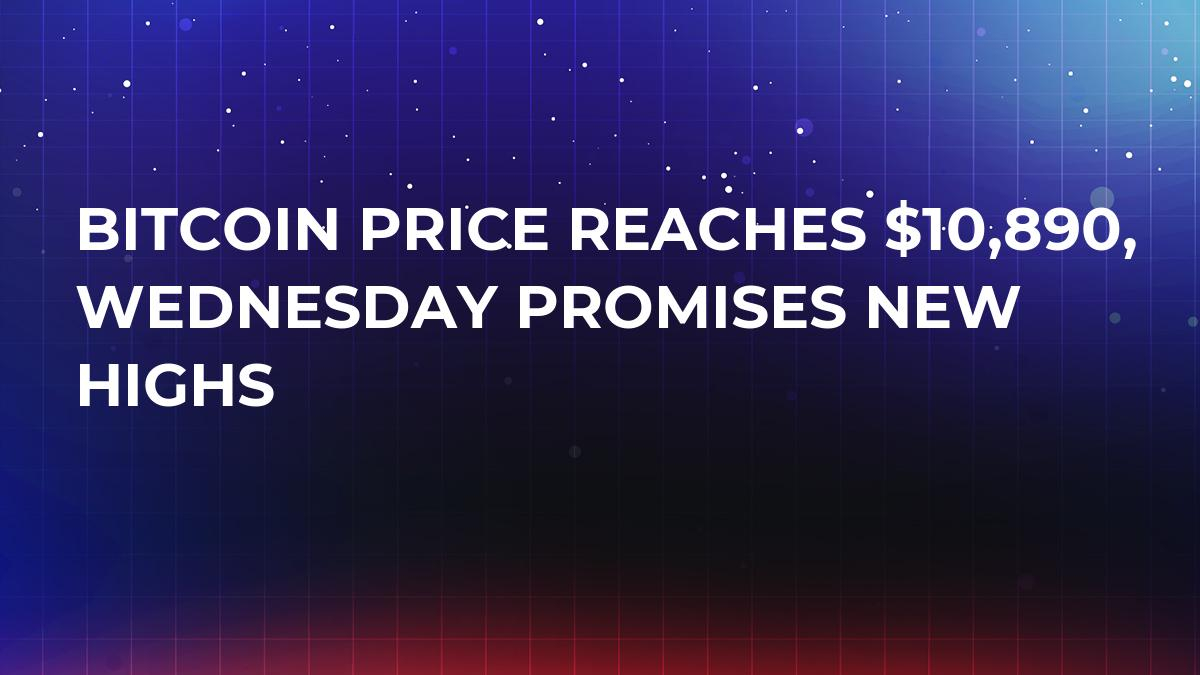 By the middle of the week, tensions in the cryptocurrency community are growing again as investors experience the whole gamut of emotions: agonizing expectation, hopes for upcoming profits, fears of possible setbacks. All eyes are on Bitcoin, which currently serves as the market’s litmus test, as it reaches yet another significant level. Maximum price on Tuesday was $10,890, and dominance grew to a record value since the beginning of the year- 39.5 percent. Another important parameter, total market capitalization, also continues to grow and by Wednesday it’s $460 bln, which is $15 bln more than the day before.

Altcoins are also growing, but it’s clear that this growth completely depends on the movements of Bitcoin price, so the situation can change at any moment. In the top 10, EOS and IOTA are waking up after a prolonged sleep, gaining 7.5 percent each. They are followed by NEO with an increase of six percent, continuing its momentum from yesterday. The procession is rounded out by Bitcoin with 4.5 percent. Even Litecoin, despite the news that LitePay launch is postponed indefinitely, didn’t just avoid losses, but slightly strengthened its position.

Outside the top 10, OmiseGo in 18th place is worth a careful look. The asset has been growing all week, and in the previous day, the price grew by as much as 17 percent. As far as we understand, the cause of such behavior is the Feb. 20 agreement between OMG creators and the government of Thailand on the use of the cryptocurrency to create a fast and efficient payment system.

At the time of writing, the bulls are attempting, by sheer force of will, to conquer the critical resistance level and break through the $11,000 level which the price was approaching all of the previous days. The chart clearly shows that this level is formed by the intersection of boundaries of two channels, the global descending and the local ascending ones. If buyers are unable to get the price to hold, the entire construction can collapse like a house of cards.

In this case, the nearest resistance will be at the level of $10,000, where a respectable volume was traded. However, the inability to overcome this resistance for the second time will indicate buyer weakness and is likely to launch a new correction cycle. For now, the situation is developing in favor of the bulls and we are likely to see the long-awaited confirmation of the trend change. The nearest growth targets are $11,200 and $11,700. Buyers who have followed our recommendations are already with long positions, but for the latecomers, we recommend growing purchases if the price gets a foothold above $11,000.

During the last correction, IOTA suffered more than many other coins in the top 10, the price of the asset fell to one-quarter of what it was, subsequently recovering just by 20 percent. It is exactly $2 at the moment. Nevertheless, in the past few days, there have been signs of revival, and prolonged horizontal accumulation may soon transition into vertical growth.

Within a week, a young ascending channel was formed, and further movement within it can lead to a breakthrough of the mirror resistance located at $2.2. The next growth target is in the middle of the $2.2-$2.6 range, where a considerable volume was traded. In case of negative development, the nearest support will be tested in the $1.8 zone, where in addition to accumulated volume, the 0.382 Fibonacci correction will come to the rescue.

The buzz around EOS subsided recently, but among the crypto-enthusiasts, the asset is still considered very promising. Its price chart is very similar to IOTA’s- we also see horizontal movement with significant volumes which is likely to push the price up, but there’s an important difference. Judging by the volume profile, we can conclude that the price is already slightly higher than its fair value, so explosive growth is unlikely in the near future.

In the case the current trend continues, the first target is located at $9 and confirmed by the 0.618 Fibonacci expansion. The next prospective level is $9.5, which coincides with the mirror resistance and the 0.786 value of the same expansion. Supports will be found at the fair price level in the $7.7-$7.8 range, as well as the lower boundary of the horizontal movement.