Bitcoin Mining Difficulty Drops Significantly — Will it be Enough to Entice Miners Back?

Darryn Pollock
The price drop in Bitcoin has had its effect on the mining industry, and as such, there has been a monumental fall in its difficulty 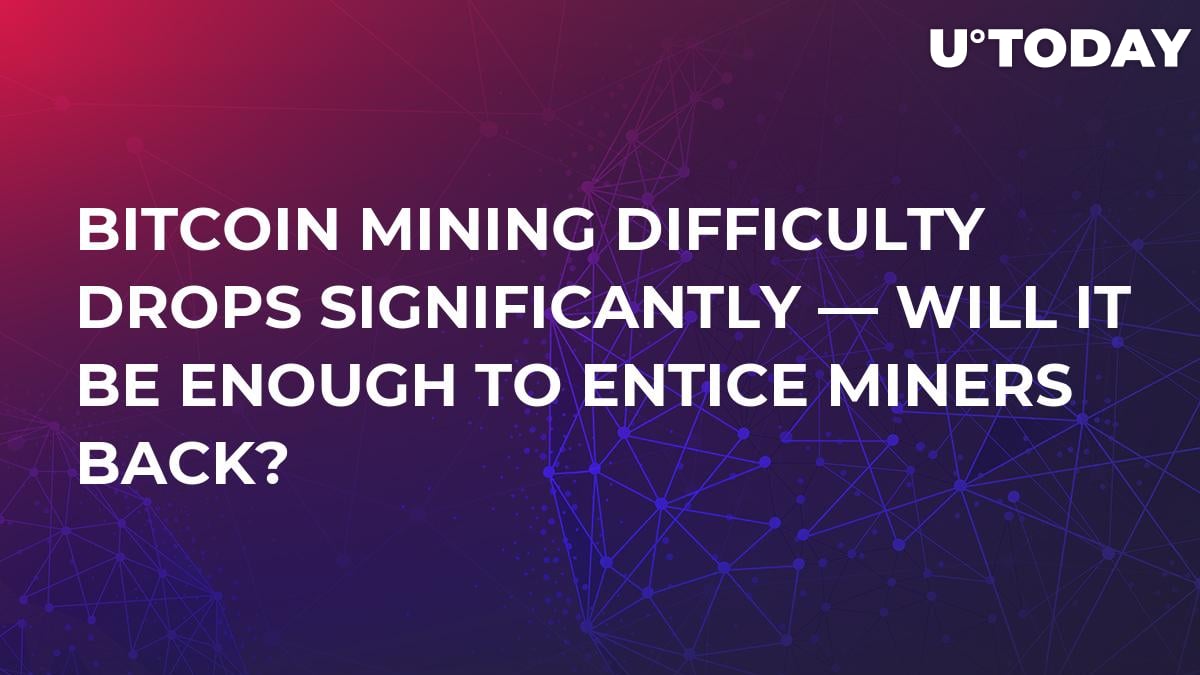 The latest drop in price for Bitcoin, which saw it fall dramatically below the $6,000 mark to settle just under $4,000, has had a detrimental effect on the mining ecosystem of the cryptocurrency. It has seen a host of major mining pools and organisations shut down their miners.

However, as is the nature of Bitcoin and its decentralised network of miners, as the mining input decreases, so does the hashrate, and thus the difficulty of mining Bitcoin also decreases. The hashrate of Bitcoin has been in decline since October, but the continued exodus has seen the difficulty drop by 15 percent, the second-largest drop in history.

Mining is always a fine balance of profitability, and while the price of the asset has made it unprofitable for most miners, it remains to be seen whether this drop in hash, and subsequent ease in difficulty, will be enough to entice miners back and push the hashrate up again.

A downturn in hash

The general movement of Bitcoin’s hashrate has almost always been in an upward trend thanks to general price uptrend coupled with rapid advancements in mining technology. However, the drop in October was an overall effect of a bear market which has lasted nearly a full year.

With the price of Bitcoin hovering below $4,000, it is understandable that profit-driven miners are shutting up shop as it is estimated that it costs, on average, about $4,500 to mine a single coin.

With this drop amounting to an 18 percent decrease in difficulty, it is substantial, considering the last time the difficulty decreased was on July 15, and such decreases have been a rare occurrence over the past several years. 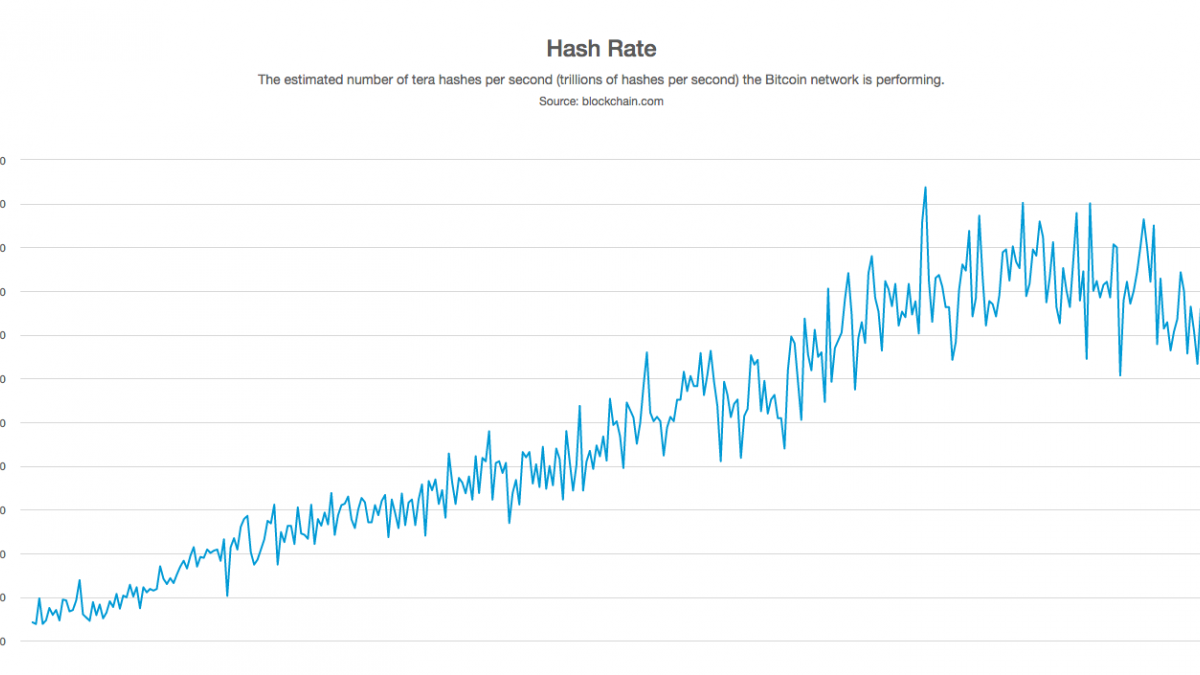 What to make of it?

There are two arguments that are raging on either side of the Bitcoin coin. Some believe that this drop in price is actually a good thing as it gets rid of all the speculative investors and those who were never in the technology for the right reasons.

However, some also feel that this is the beginning of the end for Bitcoin and other cryptocurrencies. The mining algorithm change is a microcosm of this same argument as some see it as a chance for new and healthy developments, while others predict a death spiral.

Bitcoin mining is an integral part of the cryptocurrency, and the fact that this latest price drop is so significant as to cause at least 100,000 individual miners to shut down, according to Autonomous Research LLP. Fundstrat Global Advisors LLC, is serious business.

eToro Senior Market Analyst Mati Greenspan said recently that the latest hashrate decline is a healthy market development, given the parabolic rate at which it grew over the previous 12 months — even as prices plunged.

“Bitcoin’s hash rate has indeed dropped in the last few weeks but this is not at all concerning,” Greenspan said. “It’s actually comforting as the rate has risen so sharply over the course of the year and is now returning to normalized levels.”