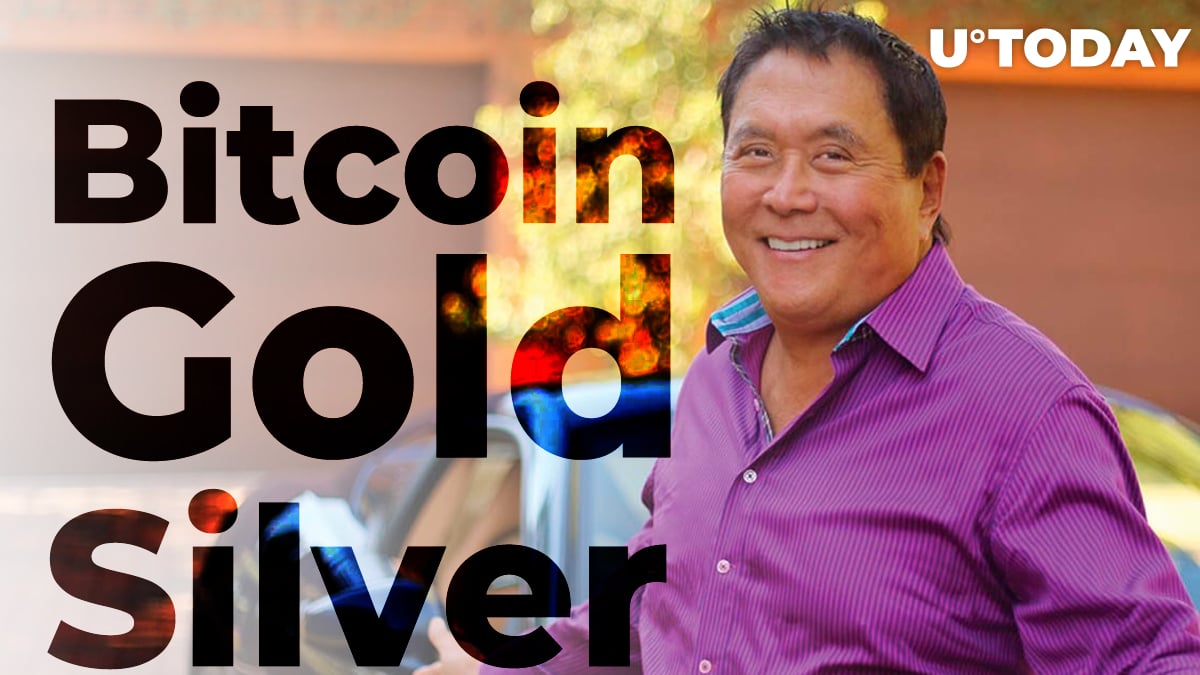 Vocal Bitcoin supporter and investor Robert Kiyosaki has again mentioned Bitcoin and the Federal Reserve in his tweet, saying exactly what unites old-school gold investors and young Bitcoin ones.

Meanwhile, according to Peter Schiff, CNBC is warning its audience against laying their hands on silver at the moment, expecting XAG to start dropping soon.

In his recent tweet, the investment guru and "Rich Dad, Poor Dad" author, Kiyosaki, stated that it is the "corrupt Fed" that brings together old-school gold investors and young Bitcoin fans.

The U.S. Federal Reserve works for Wall Street, not for the common good, Kiyosaki wrote. That is why, according to him, Bitcoin, gold and also silver (which he mentioned earlier as an inflation hedge) make smart people richer and stronger against the Fed.

At the moment, Kiyosaki says, gold has surged 1.3 percent to $1,860 per ounce and silver has risen 6.7 percent to $23 per ounce. But XAG is still fifty percent lower than its previous all-time high.

Kiyosaki reminds his audience that silver is cheap and is easy to find in the form of dollar coins that go for the price of $25 each. Previously, he stated the same about Bitcoin, saying that investors can stock up on satoshis.

However, he believes that ninety percent of his audience will hardly make any effort to increase their wealth by using this data.

Gold bug Peter Schiff has taken to Twitter to share some bullish signals for gold and silver which may look like bearish ones when provided by CNBC.

He wrote that CNBC analysts are warning investors not to lay their hands on silver, since "the big jump is indicative of a speculative blow-off top."

In fact, Schiff says, this should be interpreted the other way around and investors should prepare for a bull market to start. He tweeted:

"CNBC is warning its viewers not to buy silver. The network thinks the big jump is indicative of a speculative blow-off top. It's actually just the opposite. It's the beginning of bull market. The fact that CNBC is so bearish is as good a buy signal as one could hope for."

The same is true for gold, he tweets, saying that investors are ditching their gold stocks, while the XAU price is going up and the USD is falling. This is also indicative of the current bull rally likely being long term.

"The fact that gold stocks are selling off with the stock market despite a rising #gold price and falling dollar shows that even gold stock investors don't understand what's happening, let alone what's about to happen. A great indicator that this gold bull has a long way to run."