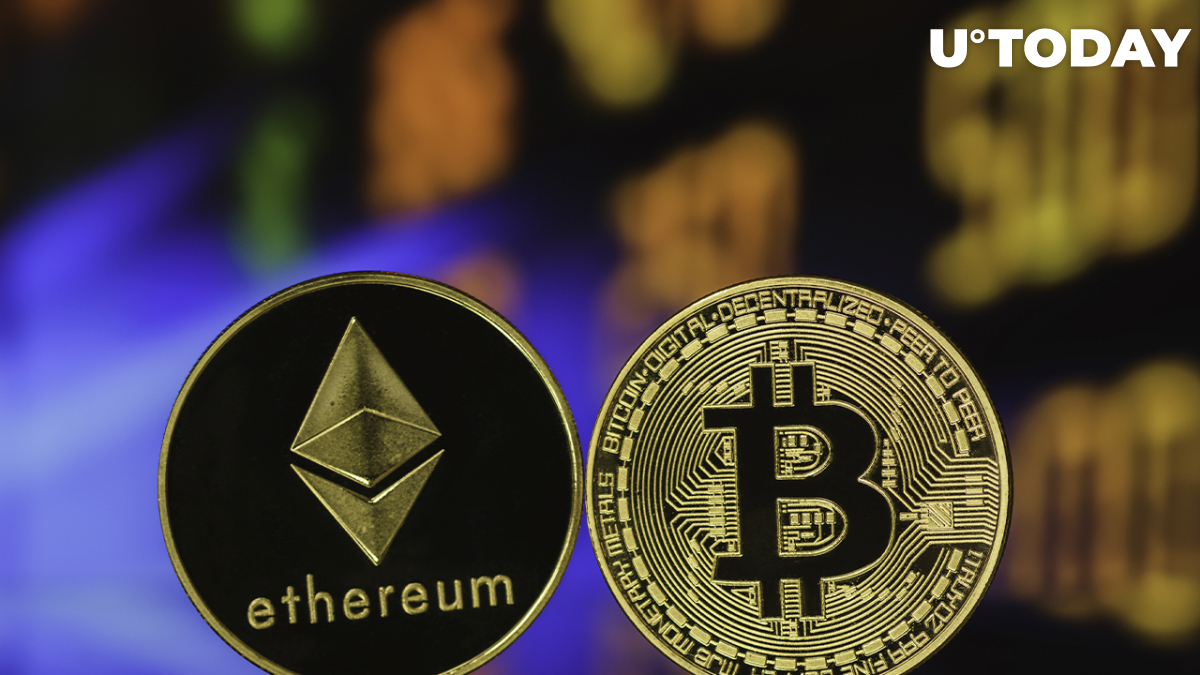 Ethereum, the second-largest cryptocurrency, has shed more than 11% over the past 24 hours, greatly underperforming Bitcoin.

Ethereum is down more than 22% against its main competitor since the start of the year due to risk-off sentiment taking central stage.

While altcoins tend to greatly outperform Bitcoin during bull markets, they usually face much steeper corrections during bear markets since investors tend to flock to safer and more established assets.

Bitcoin dominance has now spiked 46%, thriving off of Ethereum's big drop. As noted by trader Scott Melker, its chart has just invalidated the bearish divergence, which indicates that altcoins will likely continue to underperform.

Related
Elon Musk-Driven Dogecoin Price Spike Lasts 23 Seconds
That said, Bitcoin is far from being a safe haven in such an environment. The largest cryptocurrency is down 57.90% since the start of the year.

Ethereum's dismal price performance was partially caused by a seven-block deep reorganization that took place on the Ethereum Beacon Chain, which could merge with the main proof-of-work chain as early as this August, according to co-founder Vitalik Buterin. Developers attributed the event to a "non-trivial segmentation" rather than some sort of a fundamental flaw in the proof-of-stake chain. The Beacon Chain was launched in late December, introducing native staking.

The looming monthly options expiry, which is scheduled to occur this Friday, is also one of the main bearish catalysts, with bears looking to secure a nice payday.
#Bitcoin News