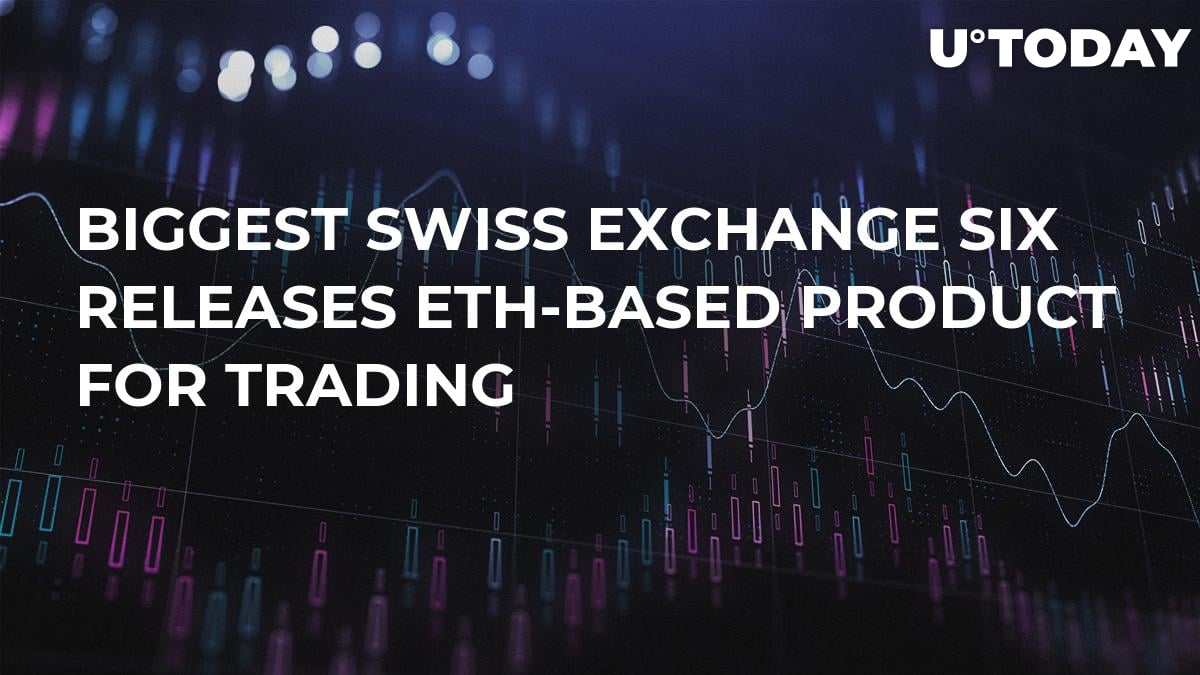 Both ETPs now have a 2.5-percent fee for management. Both products will be trading under the AETH and ABTC tickers. The ETPs were created with help from the Amun AG crypto company based in Zug.

The first time the SIX exchange spoke of the future launch of the Ethereum-backed ETP was in late autumn 2018. Back then, the company announced its plans to create around five ETPs based on such crypto assets as BTC, ETH, BCH, XRP and LTC.

The present forecasts claim that the ETH ETP will get 16.7-percent of the market share. As for BTC, it is expected to gain around half of the ETP’s asset market. BCH and LTC will, as per analysts, gain 5.2 percent and 3 percent, respectively.

Not long ago, the SIX exchange has completed a test version of its crypto trading platform SDX, and now it is ready for trials. The platform has been highly anticipated by the community and is expected to launch in Q3 this year.

Currently, the exact time of launch is planned to be August-September. However, the exact date may change depending on the decision of the Financial Market Supervisory Authority, the financial regulator of Switzerland.

Previously, in late autumn 2018, when there were only talks about the crypto-based ETPs that have been recently launched, the SIX exchange rolled out its first ETP product titled HODL. This one tracks five of the biggest crypto assets. XRP, BTC, BCH and LTC are among them.

Now SIX is offering its clients three ETPs – one five-coin index and two products for single coins. Later this year, the exchange plans to roll out more crypto-related products for investors