Yuri Molchan
Recent on-chain data reports that around 90% of both BTC and ETH addresses are in profit now; other BTC on-chain fundamentals look strong too, showing a healthy network 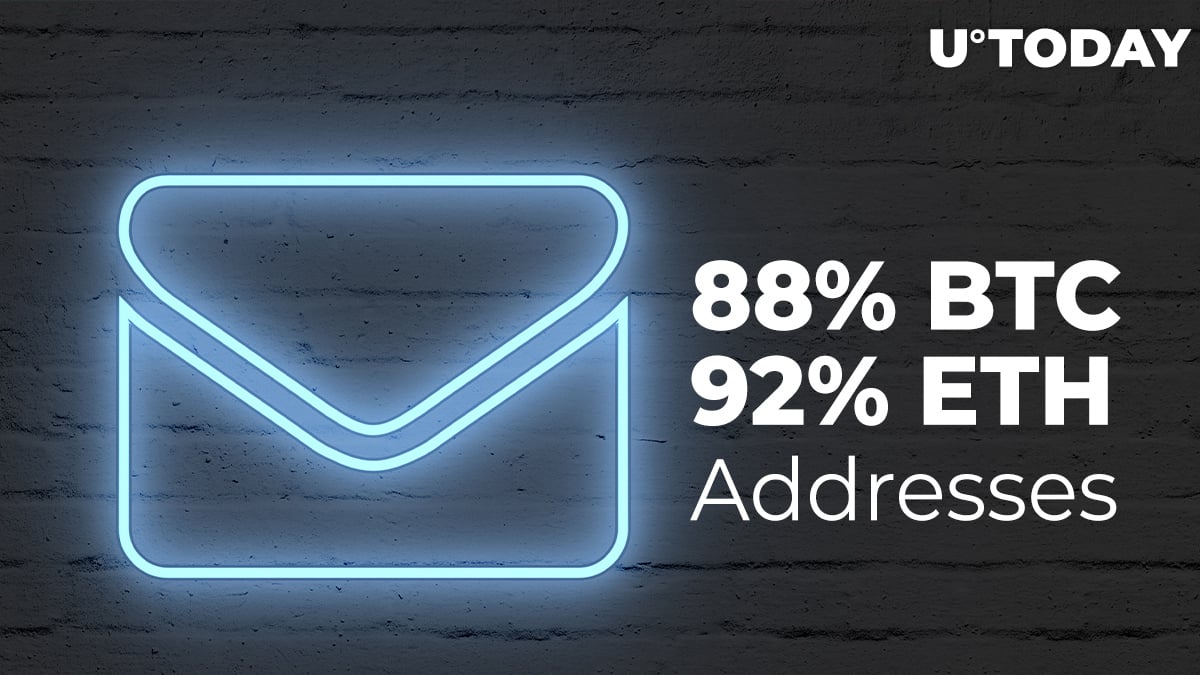 Recent analytics data show that the majority of Bitcoin and Ethereum addresses are in profit; however, the number of profitable ETH addresses surpass those of BTC.

According to data shared by the Intotheblock team, 88 percent of Bitcoin addresses are in profit now, which is 33.79 million.

As for profitable ETH addresses, Intotheblock shared more detailed information. The tweet states that the number of ETH wallets in the profit zone constitutes 47.09 million (a total of 91.8 percent of wallets), which is more than the amount of profitable BTC addresses with a balance on them.

Related
$2.4 Billion Worth of Bitcoin, Ethereum, XRP, and Other Coins Liquidated in One Day

Santiment analytics provider has reported good news. The data says that, despite the 15 percent decline, Bitcoin is bouncing back on a trading volume that is rising quickly across exchanges.

The CryptoQuant CEO, Ki Young Ju, believes that the correction took place due to high selling pressure from Bitcoin miners.

Besides, according to data from Bybt, a liquidation of a whopping $2.4 billion worth of Bitcoin, ETH and other cryptocurrencies also contributed to Bitcoin's sharp move south.