Yuri Molchan
It has been reported that the popular brokerage platform holds 41.8 billion Dogecoins on behalf of its retail clients 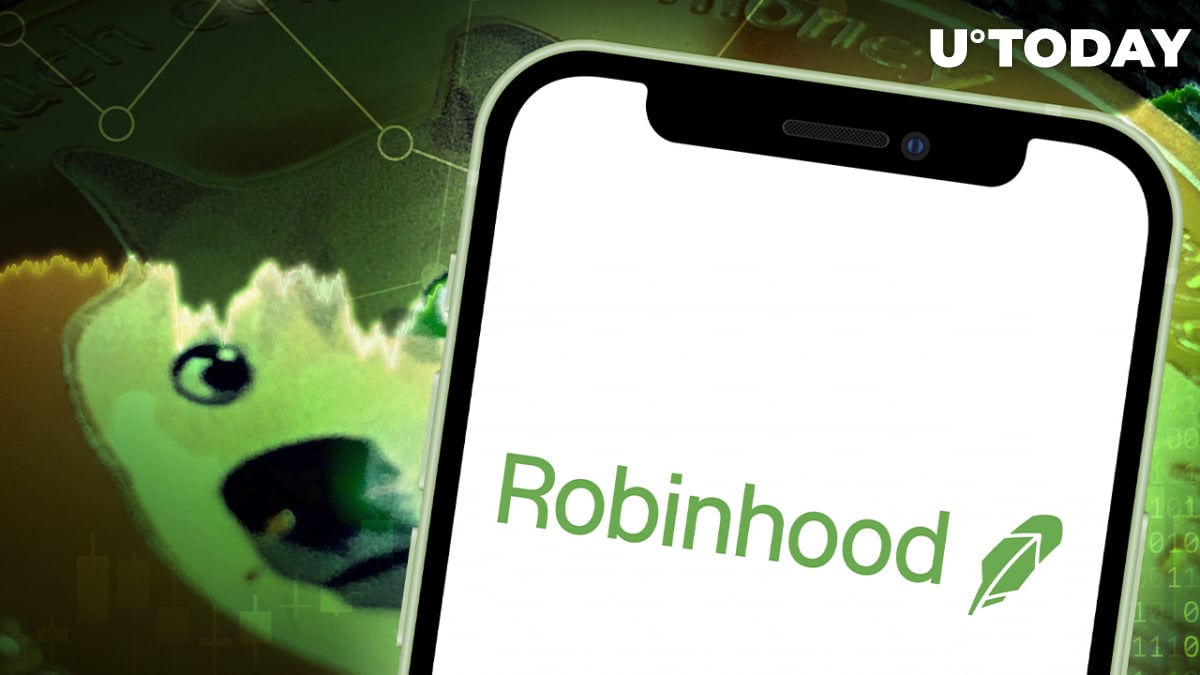 According to data published by @DogeWhaleAlert, Robinhood, a popular trading app for stocks and cryptocurrencies, is holding almost $6 billion in Dogecoin on behalf of its customers.

Robinhood holds the aforementioned amount of DOGE in two wallets. One of them—3334959—has six crypto addresses, all of which are part of the top 20 Dogecoin addresses.

The second wallet of the company has just two addresses—DQA5h47M4NdTt2mKDj4nP2VNZWczZi42RY and D8vFz4p1L37jdg47HXKtSujChhP9f3doTK—according to the dogecoinwhalealert website.

As reported by U.Today on Sunday, the original canine cryptocurrency, DOGE, rose by 5.10% after the Tesla boss and the biggest Dogecoin fan, Elon Musk, commented on a suggestion that he buy Twitter and change the logo from its blue bird to DOGE.

Musk recently conducted a poll to see whether Twitter is suppressing freedom of speech. A lot of commentators have proposed that Musk should buy the social media giant. Instead, the head of Tesla is thinking of creating his own social media platform.