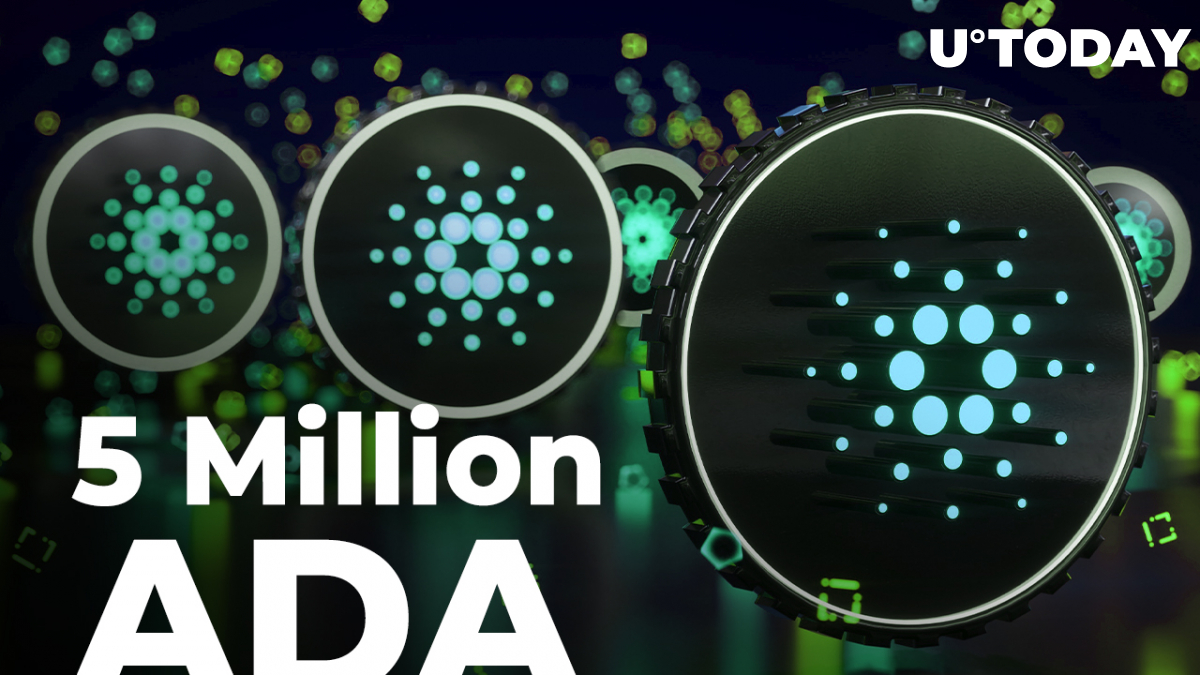 According to WhaleStats data, Cardano has made a comeback among the top 10 purchased tokens by BSC whales. This comes after a top BNB whale purchased a whopping five million ADA.

WhaleStats reports that a BNB whale ranking fifth among the largest 1,000 BNB whales it tracks bought five million ADA, or $5,950,000 worth.

Large holders, or whales, are typically known to use periods of dip and consolidation to accumulate their favorite tokens at a discount. ADA seems to be seeing pressure from mid-term holders.

Despite the lull in ADA's price action, the Cardano blockchain has seen substantial growth over the last year. The blockchain recently reached a milestone of three million wallets. Since late 2020, according to Kraken's latest report, network activity has increased dramatically, as well as adoption. SundaeSwap, the first decentralized exchange built on Cardano, recently launched on the blockchain's mainnet. MELD, a noncustodial banking protocol, SpaceBudz, a non-fungible token platform, and Nami, a wallet extension, are among the most well-known Cardano projects.

The total value locked in the Cardano ecosystem has also neared the $100 million mark.