Alex Dovbnya
There are now more than 12,000 zombie-like cryptocurrencies with no signs of trading activity, according to recent data 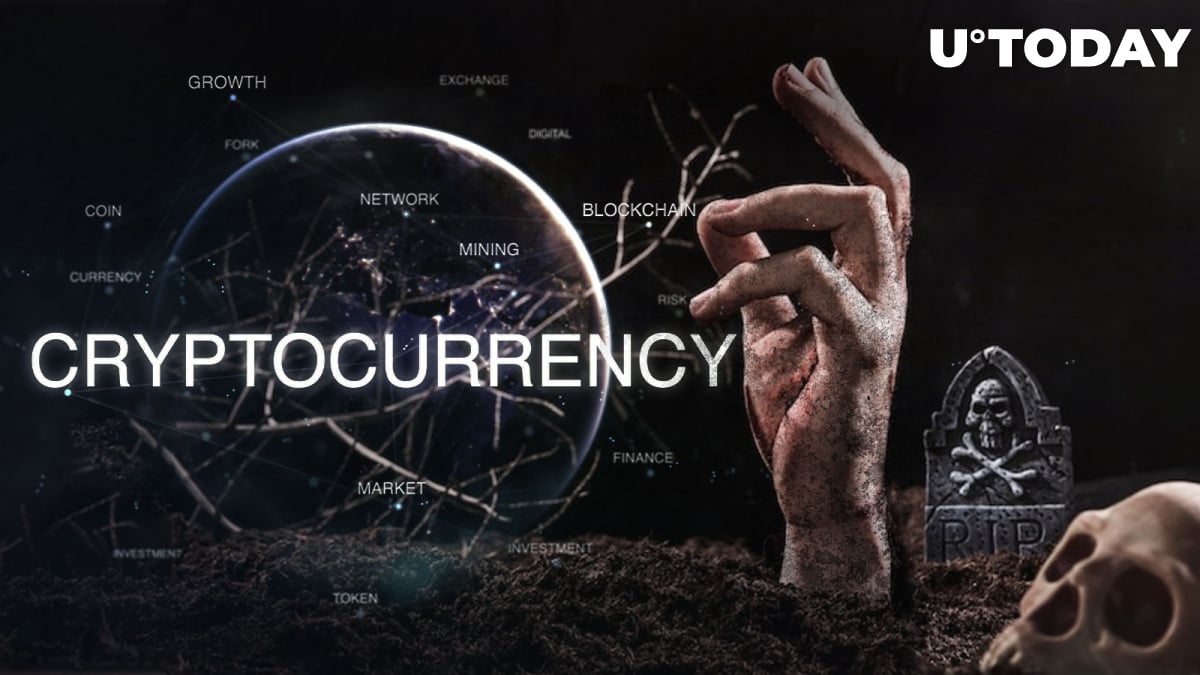 According to Nomics data cited by Bloomberg, there are now more than 12,000 "zombie" cryptocurrencies that have not seen any trading activity.

During the previous bull market, plenty of new tokens were issued in order to cash in on the craze. Now that crypto euphoria has died out, these coins have been abandoned, even though they are still functional from a technical perspective.

The sheer number of zombie-like cryptocurrencies shows how big the cryptocurrency market has become. For comparison, there were only 136 tokens that could fall into that category.

According to data provided by CoinMarketCap, there are now 21,190 cryptocurrencies. As reported by U.Today, it surpassed the 2,000-coin milestone four years ago.

Most cryptocurrencies cannot even manage to get listed on CoinMarketCap. Nomics tracks a total of 64,400 coins. The lion's share of them was not traded at all last week. Among those coins that did record some trading volume, there are plenty of those tokens that are about to become zombified since they are showing very few signs of life.

The total cryptocurrency market cap currently stands at $937 billion after peaking at nearly $3 trillion last November. Bitcoin, the largest cryptocurrency, accounts for 39.7% of that figure.