Darryn Pollock
Zimbabwe is a broken economy and it is starting to think outside the box, could cryptocurrency be the answer that saves its economy? 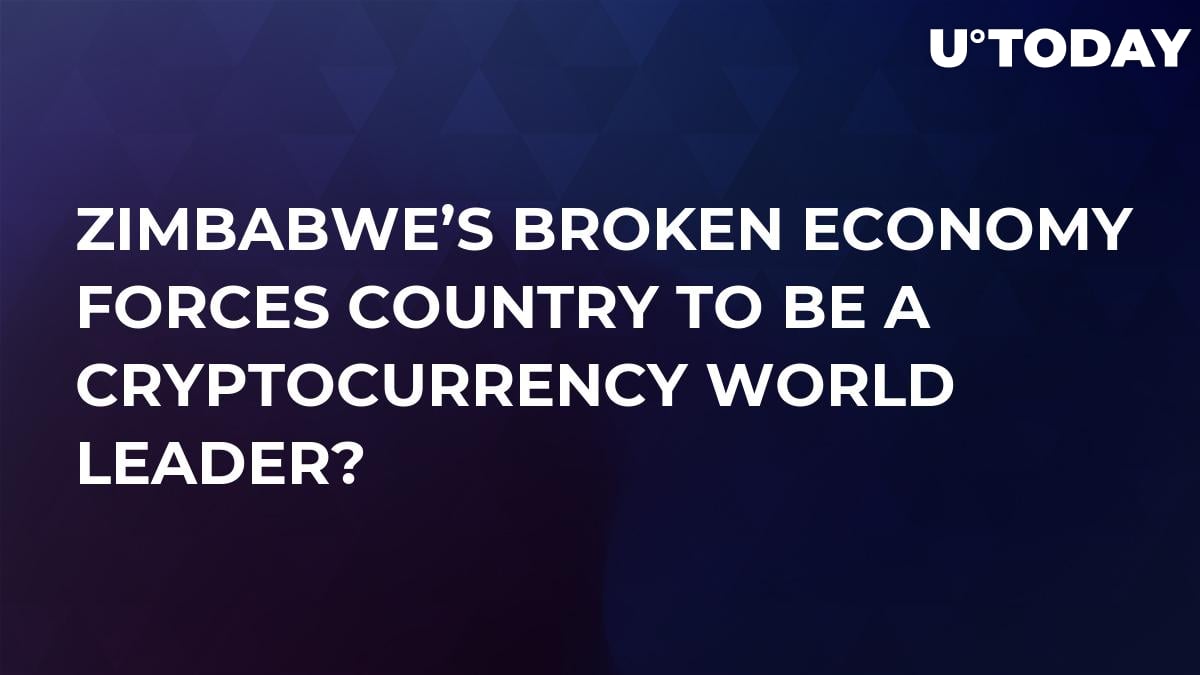 The economy is Zimbabwe has been in decline for over a decade now, moving on from its hyperinflation that led to trillion dollar notes being printed, the Southern African country has canned its own currency and now uses the US Dollar.

For this very reason, cryptocurrency enthusiasts have often thought that the answer may lie in cryptocurrency, in the same way as the falling economy in Venezuela is being propped up by things like the Petro.

There is no doubting that cryptocurrency has a lot of potential for countries that are in trouble economically, but it is up to the government to try and implement it in a way which hits all the right notes, and perhaps Zimbabwe could become the first to get it right from dire situations.

Recently, Zimbabwe’s newly minted Minister of Finance, Mthuli Ncube, has seen the potential in cryptocurrencies and is ready to nudge the central bank to establish a cryptocurrency division.

Ncube has noted how cryptocurrencies are being used and embraced in world-leading countries, such as Switzerland- and it has actually encouraged a full reversal as there was a time not too long ago when the Central bank was trying to ban cryptocurrencies.

Ncube has cited an example from Switzerland, and its use of cryptocurrencies, in a progressive manner.

“One can pay for travel using Bitcoin in Switzerland. So, if these countries can see value in this and where it’s headed, we should also pay attention,” Ncube said. “We have innovative youngsters so the idea shouldn’t be to stop it and say don’t do this, but rather the regulators should invest in catching up with them and find ways to understand it, then you regulate it because you now understand it.”

It is a positive stance from a major head in the Southern African country, and while there are a lot of progressive regulators and governmental heads embracing cryptocurrencies, Zimbabwe’s situation puts it in a unique space where it can build a whole new economy around a digital currency that could leapfrog it into the future.

Starting from the ground up

With Zimbabwe tied to the US Dollar as its main currency, the ability to move away from that, and perhaps solely to digital currency, would free it of sanctions and regulations from the US which are no doubt suffering it.

With cryptocurrencies, Zimbabwe will not be beholden to another nation, rather they will be reliant on a decentralized system and thus have no hangovers from utilizing another currency. It will also allow them not only physically claim independence but help in reinventing their entire economy.

Bitcoin has already shown to be in high demand among the Zimbabwean citizens, in fact, when their only Bitcoin ATM went down, there was a bit of an uproar. And this is understandable as Bitcoin offers a lot for the unbanked.

Zimbabwe has a large rural population that has nothing to do with banks, and if there was a mass adoption of Bitcoin or other cryptocurrencies, suddenly, there is no need for citizens to push to have a bank account and be tied into the difficulties that brings.

Additionally, Zimbabwe has a population that has migrated out of the poverty-ridden state in search of jobs, it means that those who leave for places like South Africa and Kenya struggle to send money back home because of fees and waiting times. Something like cryptocurrencies would be able to truly alleviate those difficulties.

While there are clearly a lot of advantages for Zimbabwe to embrace cryptocurrencies in their current state, the advantages down the line could be truly redefining for the African nation. Should the government get their application of cryptocurrencies right in a country that does not have an established economy, they could become pioneers for the future.

While other countries look to slowly embrace and implement cryptocurrency, Zimbabwe could be streaks ahead when the potential Blockchain revolution comes. If they are ahead of the curve in this technological and economic stance, it could mean they become world leaders in the next 10 or 20 years.