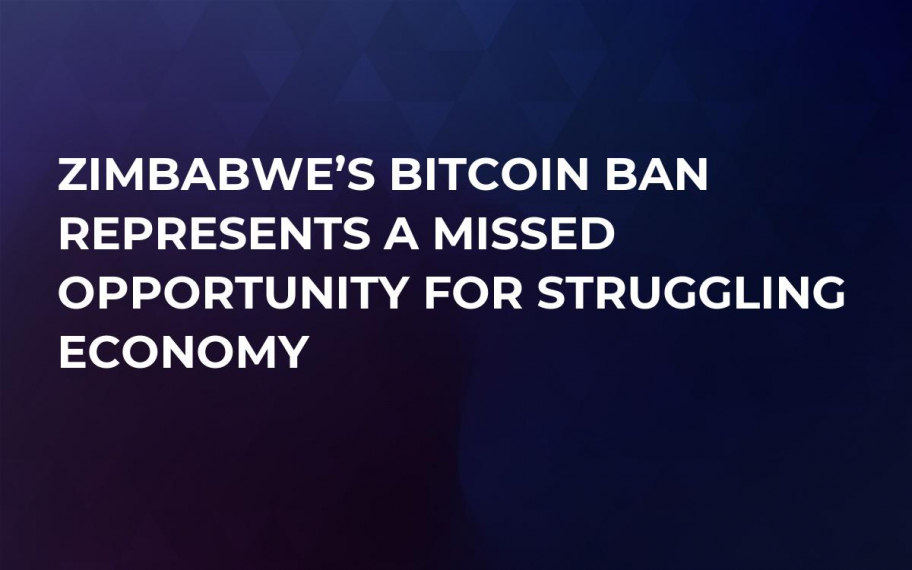 Zimbabwe’s Minister of Finance and Economic Development Patrick Chinamasa recently announced that the government would be putting a ban on cryptocurrencies to be implemented through its central bank.

This move, however, is being viewed as a major missed opportunity for a country that has been ravaged by hyperinflation and poor economic decisions. Zimbabwe was also recently announced as 96 percent cashless because of the economic strife.

There was a gap in the market for something like Bitcoin to help reboot the African country’s economy that has now been stopped in its tracks.

The reason for the ban is cloudy at best with the powers that be only explaining how the ban will be instituted. Reserve Bank of Zimbabwe Governor John Mangudya said the central bank had not licensed anyone to trade in virtual currencies and that dealers and investors did not have the protection of the law.

“The Reserve Bank has directed all banking institutions not to provide banking services to facilitate any person or entity in dealing with or settling virtual currencies,” Mangudya said.

“The nature of cryptocurrency transactions make them the currency of choice for money launderers and other criminals.”

This limited explanation seems very narrow-sighted especially seeing as the central bank is in a situation where it needs to make a power-play if it is to reboot the economy. The Reserve Bank of Zimbabwe does not print any money anymore, with what is circulating only consisting of four percent of the transactions that happen in the country.

Cryptocurrency a way to leapfrog

There have been many compelling arguments for Bitcoin to be the vehicle that helps struggling countries in Africa, and other places such as Venezuela where they are being embraced in the form of the Petro, to help break the chains of traditional financial woes.

This lack of understanding of the potential for appropriated fears of money laundering appears to be short-sighted and could stunt the growth of Zimbabwe as it tries to recover from the previous dictatorship of Robert Mugabe.

Had the government been more deliberate with their regulations, things could have been very different for the African nation as there is evidence of research and learning in terms of Blockchain in the countries educational centers.

Zimbabwe Institution of Engineers and their the ICT division have put forward a plea to the government to reconsider their decision.