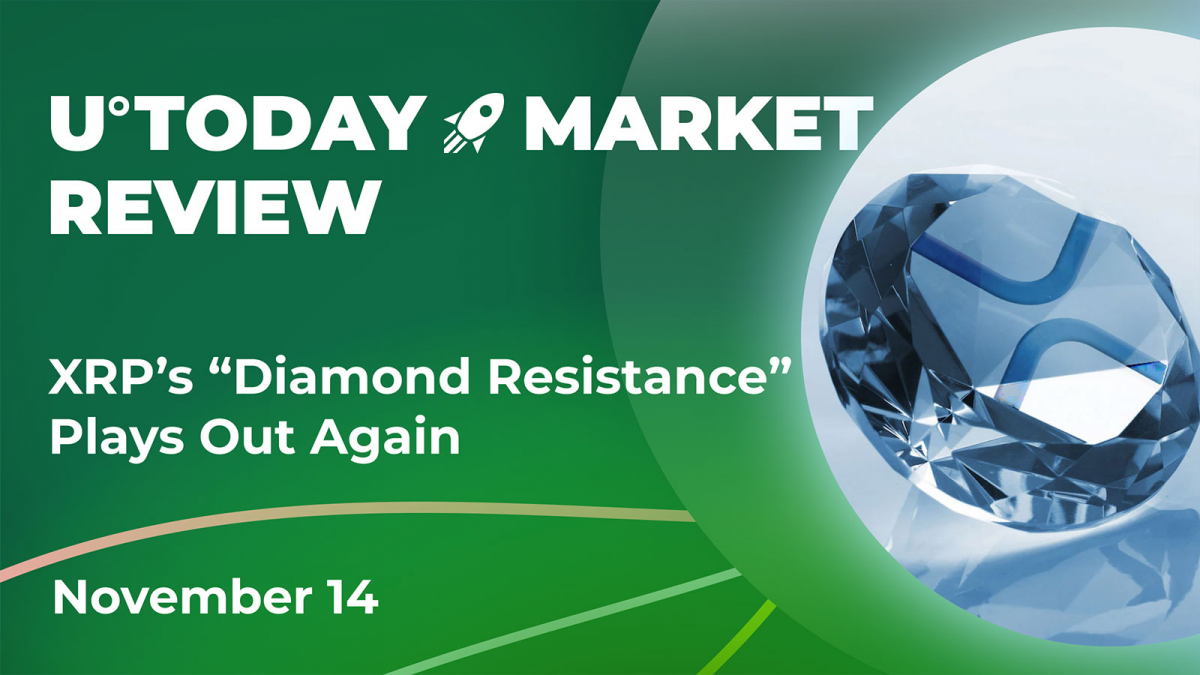 The dynamic on the cryptocurrency market is slowly recovering as the majority of assets are returning to normal, institutional investors are counting their losses and fear no longer drives sentiment.

At some point, XRP's behavior on the market seemed worrisome, considering the failed reversal attempt on Nov. 11 and the continuation of the downtrend on the weekend. However, after reaching the strong support level for the second time, bulls have pushed the coin's value upward, avoiding a further crash.

The aforementioned resistance is located at the lower border of the trading range XRP entered back in July. Previously, the coin successfully bounced off of it at least four times, making the threshold one of the most resilient supports on the chart in general.

The drop to the aforementioned support level was followed by the plunge of the Relative Strength Index to the oversold range, increasing the bounce possibility. As for now, the indicator stays in the neutral zone, which makes a move in either direction possible.

In case of neutral market performance, XRP and other altcoins should return to pre-FTX crash price ranges. Unfortunately, Bitcoin's movements today may become a reason behind XRP's loss of traction on the market.

While XRP successfully bounces from the aforementioned support level, Cardano is having trouble finding enough support from investors to enter a noteworthy recovery rally and currently shows an insignificant 1.3% recovery in contrast to XRP's 9%.

The most likely reason behind the lack of strength on ADA is the poor state of the asset on the market in general: Cardano is notorious for one of the lowest profitability rates across the top 100 on the market and relatively low volatility in rangebounds.

All of the aforementioned factors are pushing investors away from Cardano and causing a deficit of inflows into the asset, which makes a full-size bounce impossible for ADA in the current market's conditions.

Thankfully, the cryptocurrency market is seeing a gradual recovery, according to the total market capitalization metric. In the last three days, more than $40 billion have returned to the industry, which is why it is safe to say that investors are gaining back some positivity, and the complete recovery of the industry to the state it was in prior to the FTX crash is possible.

Amid the crisis, the positive CPI inflation data pushed high risk markets upward, while Bitcoin was struggling to get through the selling pressure of FTX and its investors. After the dust settles, we might see an unexpected yet positive BTC that will be a lagging reflection of the CPI effect.

At press time, Bitcoin has once again faced a sudden wave of the selling pressure on the market and is currently battling to remain in the $17,000 price range, which is a necessary foothold for the continuation of the rally above the $20,000 price level.