David Dinkins
The laws governing Bitcoin are a confusing, conflicting nightmare in the US. Some judges consider Bitcoin money, others don’t. 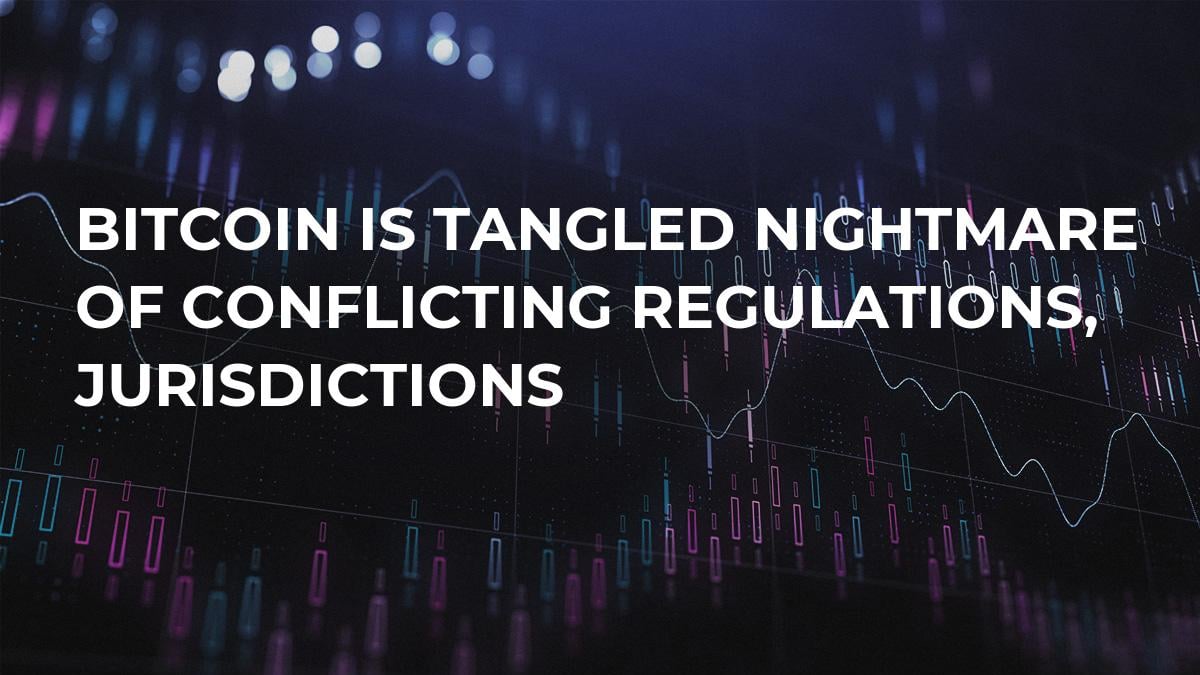 Owning and selling Bitcoin is completely legal in the US, as long as you don’t trigger a hidden tripwire in the law. The problem is that nobody in the government is quite sure what Bitcoin is, or how to classify it.

For tax purposes, the IRS considers Bitcoin property, subjecting it to capital gains taxes. The Commodities Futures Trading Commission (CFTC) unsurprisingly believes that Bitcoin is a commodity, subject to their jurisdiction. The Securities and Exchange Commission (SEC) considers ICO tokens to be securities, and has jurisdiction over Bitcoin-related financial products like exchange traded funds (ETFs). The Financial Crimes Enforcement Network treats cryptocurrency as money, requiring compliance with the Bank Secrecy Act and all relevant Know Your Customer (KYC) and Anti-Money Laundering (AML) laws.

Worst of all, each of the country’s 50 states has its own regulators and its own interpretations of where Bitcoin falls with respect to the regulatory regime. What’s legal in Arizona could well be illegal in Florida.

While regulation is generally looked upon unfavorably in the Bitcoin community, there’s reason to believe that it could be a good thing of done correctly. Well-crafted cryptocurrency regulation could streamline things greatly, making it clear whose jurisdiction Bitcoin falls within. This would be greatly appreciated by those who have been arrested for violation of laws that judges later ruled don’t even apply to digital currency, like some of the people below.

Yes, people have been (and are being) prosecuted for selling Bitcoin or running cryptocurrency-related businesses without complying with Byzantine legal requirements. Here are a few cases:

Charlie Shrem was sentenced to prison after he set up a Bitcoin exchange that prosecutors argued was an unlicensed money transmitter. States and the federal government require those who are in the business of transmitting money to register and receive a license. Shrem was also convicted of knowingly selling Bitcoin to buyers who intended to use it to buy illegal substances on the Silk Road marketplace.

Michell Espinoza was arrested after selling Bitcoins to undercover cops that found him on LocalBitcoins.com. The officers allegedly informed Espinoza that they planned on using the Bitcoins to buy stolen credit cards. A judge ultimately dismissed the case, ruling that Bitcoins aren’t money.

Richard Petix was charged with operating an illegal money transmitting business in New York, but there a judge also threw out the charges, saying that Bitcoin is not money. He later pled guilty to other charges.

Morgan Rockcoons was arrested in 2016 when undercover agents mailed him $14,500 in cash to buy Bitcoins. Rockcoons sold the agents the Bitcoins, apparently being unaware that the law requires Bitcoin transactions over $10,000 to be accompanied by the buyer’s identity information.

Buying, owning and selling Bitcoin and other cryptocurrencies is completely legal as long as you deal with reputable exchanges. People run into problems when they start selling large amounts of Bitcoin to undercover agents on LocalBitcoins or other sites, thereby triggering AML/KYC laws. Likewise, when somebody sells a person any amount of digital currency after being told that the buyer is going to use the funds for a criminal act, the seller is likely breaking the law. Finally, budding entrepreneurs with the best of intentions can get into a great deal of trouble when they build a business that acts like a money transmitter without being fully aware of the laws.

For your everyday investor, Bitcoin is perfectly legal. But, for those who wish to take some alternative paths, it pays to know the law.