Tzao Se
Here, on Blockchain territory, we are thought to be making a revolution. Horseshit. In fact, what we are doing here, is uglier, worse stock market. 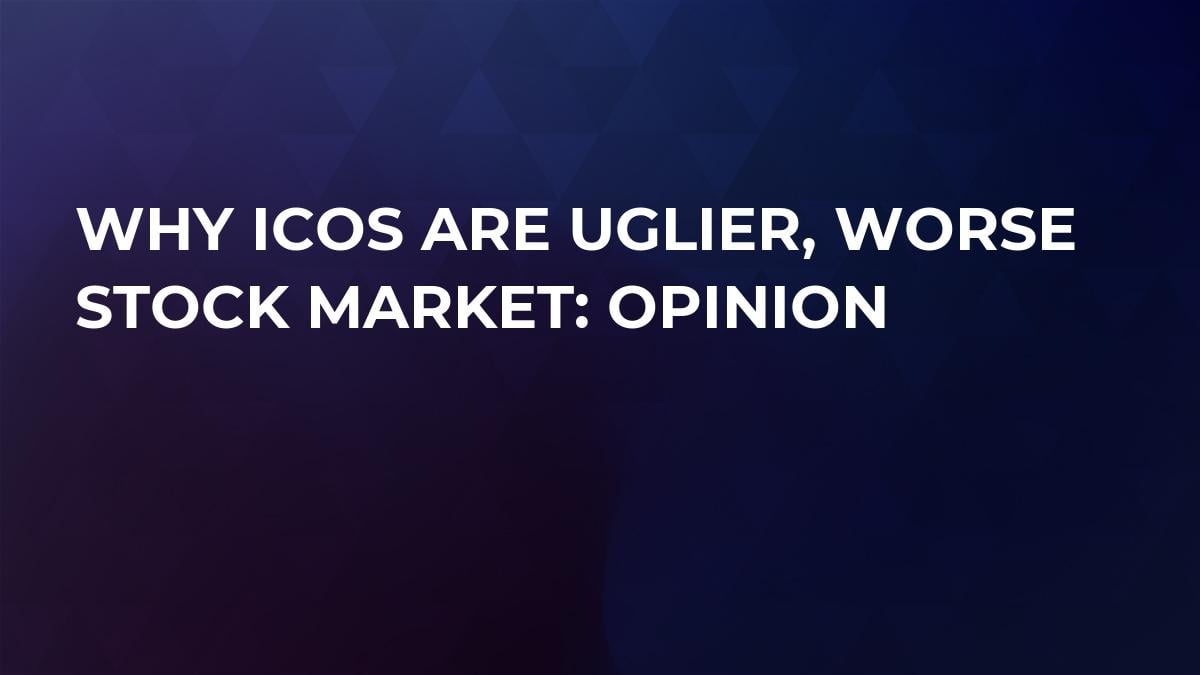 Here, on Blockchain territory, we are thought to be making a revolution. Horseshit. In fact, what we are doing here, is uglier, worse stock market. The thing is, many businesses (along their private investors) that opted for ICO, literally put their balls into the crocodile jaws of the speculators or have no intention to come up with a product whatsoever.

Most of the recent crashes have a simple explanation: trading in money is more profitable than any meaningful job or enterprise. It didn’t matter if someone’s profitable, employs people, has a product, only stock quotes matter. The totally Nietzschean situation of a clown replacing a priest as a central figure.

Bad enough, but… Amazon has lost 95 percent of its stock price in 2000 dotcom crash, and look at it now. The company continued running, its stock recovered eventually and Jeff Bezos is one of the richest persons in the world today.

What if Amazon’s everyday operations depended on its stock quote? Like, any stuff you buy on Amazon, is valued not in dollars, but in fractions of their stock? “What’s this dishwasher price? - 10 mAMZN.” Funny? But it is the case of many ICOs, who think to have escaped the SEC supervision by claiming their tokens are utility, not an investment instrument.

Now, remember George Soros attacking the pound sterling? If a national currency of a first world country can be brought to its knees by a bet (trading is essentially betting), how about a small-time coin used to pay for a certain service? One can imagine a small-time, by Wall Street standards, trader playing George Soros with crypto assets under certain conditions. It is imminent that futures and short trading on major crypto assets are to become available. Brokerages already allow borrowing BTC for short trading. It is risky, given its volatility, but with a little help from an AI, why not? Tokens will be probably available to borrow, too.

How you could kill Filecoin

Let’s look at Filecoin ICO, the biggest, the savviest and one of the greediest ICOs of 2017.

Raised hell lot of money in 2017. At the start, there’d be maximum 280 mln tokens on the market (80 mln pre-sell +  200 mln ICO), and another 280 mln FIL held by Protocol Labs and Filecoin Foundation. Advisors and other pre-sale participants have bought their FIL at max price $0.75, and the general public was paying up to $5. There are already enough skeptic commentaries on Filecoin model both financial and business model (1, 2) but let’s assume that the product is live, have actual users, and is listed on exchanges.

It is self-evident that bullish speculation may kill Filecoin’s business. If there’s steep growth of FIL valuation, there will be less incentive to spend FILs, and also, the price of storage may increase beyond what users are willing to pay.

Miners would rush to offer more storage, but fewer people actually spend FILs to pay for it, so organic demands diminishes. The reliability of the storage service suffers, and the word gets out, sending a negative signal to non-user (investor) FIL holders.

By this moment, a savvy operator has already sold their bought FILs, fixed profits from the inflated price, borrowed it from the brokerage, preparing for the plunge. Then borrowed tokens are sold below market value. If the splash is big enough, a panic ensues.

Filecoin Foundation will then start buying FILs back in order to protect their business. If FILs drop, there’d be less incentive for the nodes to provide storage, so the underlying product becomes unreliable even more.

Giving up and gutting it

So Filecoin foundation may end up in the position of Bank of England in 1992 - buying pound sterling until it gives up. The token price plunges and the initial operator buys it on the exchange, returning it to the brokerage.

Essentially, the same people who brought the prosperity to Filecoin will gut it, if there’s an opportunity.

Anyone with sufficient access to media and enough money can play the same game with anything, including the very Ethereum or Bitcoin. There is no law on the crypto arena, so no holds are barred (including insider trading) - since everybody keeps pretending tokens aren’t securities.

Back in 2000, I was a faithful reader of fuckedcompany.com, a fresh corporate recruit in a cheap suit, half-world away from the Valley. It was somehow gratifying to see them suckers suffer. It seems that this long forgotten pleasure is bound to return.